White supremacy that goes against what makes America

In the U.S., white supremacist groups have been on the rise since the inauguration of the Trump administration, and there have even been clashes between these groups and people who are accepting of diversity. What underlies this? The answer may become evident if one takes another look at the unique history of America. 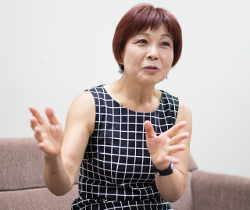 In Charlottesville, Virginia, which lies in the southern part of the U.S., there was a clash between white supremacists who were demonstrating against the city council’s decision to remove a bronze statue of General Robert E. Lee, a Confederate hero during the American Civil War (1861-1865) who supported maintaining slavery, and counter-protestors in August of this year, and the clash resulted in a fatality. There was strong criticism of President Trump’s initial comment that appeared to defend white supremacy, which exposed the deep divisions and conflict in American society. Many Japanese may feel that the Trump administration, which has tried to restrict immigration and encourages ethnic discrimination, goes against what makes America, America. What is the essence of America? Let’s reexamine that question.

America was created by immigrants of various ethnic groups and gained its independence in 1776. It is true, however, that following its founding, not all races and ethnic groups were treated equally, and Americans were not always accepting of diversity. The Civil Rights Act, which abolished discrimination based on race and ethnicity, was enacted in 1964, more than 50 years ago. In 1924, the Immigration Act, which barred immigrants from Asia and set quotas on immigrants from Eastern and Southern Europe, was enacted, and the Act was not repealed until 1965. During the Second World War, the laws of many states prohibited marriage between whites and non-whites, including Japanese, but the Supreme Court of the United States declared those laws unconstitutional in 1967. The election of Barack Obama as the president of the U.S. a mere 44 years after the enactment of the Civil Rights Act is truly amazing. During that time, it is my opinion that the U.S. worked hard to become a society free of discrimination. For example, in the past, blacks were portrayed as criminals and manual laborers on TV shows and in the movies, but they now play superiors of white subordinates, scientists, and doctors, and in 1998, a black person played the president of the U.S. in a movie. This type of equal casting of blacks and whites has probably been educational because it spread an awareness that even in real life, it is only natural that blacks can play these roles in society. It can be argued that the image we have of the U.S. as a free society with diversity and equality, which we consider the essence of America, has been built by the hard work of Americans over the past fifty years.

Ethnicity as part of an American’s multilayered identity

Generally, Americans have an identity that is based on not only being an American but also being a member of a particular ethnic group, race, religion, etc. For example, former President Obama selected “black only” as his background even though his father was a black man, but his mother was a white woman from Kansas. In other words, he over-identified himself as black. An American student I got to know when I was studying at a Canadian university as an undergraduate said he was Jewish and took great pride in being Jewish even though only his father was an American Jew. He also over-identified with part of his identity, but in his case, it was his Jewish half. In fact, in America, a multiethnic country, it is common for people to marry someone of a different ethnic group, and that is also very American. From a biological perspective, there are probably few pure whites or blacks in the strict sense of the word. At one U.S. university, there is a popular class in which students find out their own genetic makeup using DNA testing because they may not be who they think they are genetically. There was one student who looked black and considered himself black but found out that genetically he is 52% African and 48% European. However, he says that even though he is half white, he does not feel it because culturally he is black and is more comfortable among blacks. Americans choose their own identity because they possess a multilayered identity of being an American and a person who belongs to a particular racial/ethnic group.

Americans possess the common idea of glorifying American and taking pride in being American, which can be considered a harmless form of thinking that America is a great, wonderful country, and it is my opinion that this is what binds the diverse, fragmented Americans together. While maintaining a core connection as Americans, people possess a racial/ethnic identity that they choose. In the past, people used the word “melting pot” to symbolize American society, but today, “salad bowl” may be better. In a society where Anglo-Saxons dominate, a melting pot means that people melt together within the society and become more Anglo-Saxon. In a salad bowl, people of various races and ethnicities live in harmony with each other without losing their individual character. The freedom to assert one’s own identity while tolerating those of others could also be said to be the essence of America that has developed over the past 50 years.

Learning from what makes America, America, could Japan create a multiethnic country of its own? 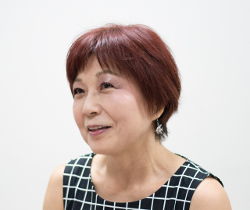 If one keeps the above in mind, it is doubtful that even the white supremacists who may have been emboldened with the advent of the Trump administration are pure “white people” in the strict sense of the word. Because the foundation of American society was a belief in the superiority of Anglo-Saxons, people from Western and Northern Europe were primarily considered “white people,” and this did not include people from Eastern and Southern Europe, etc. The number of “pure” Anglo-Saxons is now declining, and the definition of “white people” is becoming extremely vague. The words and actions of modern white supremacists can be considered one abuse of the concept of “white people.” This is the complete opposite of what America has strived to become up to now, and it can be argued that this is extremely dangerous for American society.

The U.S.’s efforts related to immigration policies are unique. For example, even though the former Yugoslavia was a multiethnic country, it was formed through a federation in which the various ethnic groups did not mix with each other, and as the various ethnic groups have broken apart it no longer even exists as a single country. Today, many of the people who immigrate to Europe settle down with people of the same ethnicity and create cultural enclaves in which the residents speak their own languages. These could even be called countries within a country. Because locals do not know what occurs in these enclaves that are removed from the outside world, they grow suspicious, which encourages prejudices, and leads to discrimination. In the U.S., however, buying land for a single ethnic group to live in has been prohibited since the beginning of the 19th century. The goal was to create a community of various ethnic groups, not a nation that is a patchwork of independent ethnic groups. In a sense, this was an experiment. A society was created in which immigrants from any country could succeed in society through individual effort by first learning the common language of English and then doing various types of work using those language skills. Blacks were not provided with the same equal opportunities of other minorities until the Civil Rights Act was passed. Of course, there are not only advantages but also disadvantages to societies with a mix of ethnic groups. If one looks at the history and current state of never-ending conflicts and wars among ethnic groups in countries throughout the world, the American experiment has probably been a success to a certain degree, and the effort spent to achieve that has been repaid. Considering that, I think that the words and actions of white supremacists who want to separate the ethnic groups and reject integration and coexistence undermine what makes America, America.

After a full national debate, if Japan considers increasing the number of immigrants it accepts in line with the national consensus, there are many points that should be learned from what the U.S. has done. While Japanese are flexible and good at accepting things, they are not good at making demands on immigrants as a host society. Just as English is necessary to be successful in the U.S., it is probably necessary that immigrants are required to learn Japanese language and culture. This is not to infringe on the human rights of immigrants to Japan but to create mutual understanding and successfully establish harmony within Japan by developing multilayered identities as Americans do.