Is It Good that Teachers Can Keep Going with a Busy Schedule?

Recently, teachers’ tight schedules have frequently been reported in the media. This may make many people think that working as a teacher is strenuous since they are forced to work hard without any holidays. It is certain that the working environment of teachers has to be improved; however, at the same time, we should be aware of the fact that teachers’ busy schedules can also have an effect on the children, not just on the teachers.

Are teachers the employees of a sweatshop, in which their long hours of work are not rewarded? 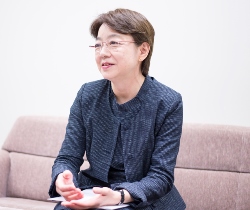 I assume the fact that Japanese teachers work long hours was first revealed to the public through the Survey conducted by the Organisation for Economic Co-operation and Development (OECD) in 2013. According to the survey, Japanese teachers’ working hours per week were 53.9 hours on average. It far exceeded the average working hours for teachers in the 34 countries and regions surveyed (38.3 hours) and was the longest among them. Someone may think that employees in the private sector work longer hours than teachers; however, 53.9 hours is the average for all teachers. Many teachers are forced to work without holidays and have overworked to a point exceeding the level defined as death from overwork (karoshi). Such teachers include those who are in charge of students’ club activities and need to work on weekends to provide training or accompany students to games and those who are in charge of career guidance and similar.

In addition to the OECD Survey, a survey on the teachers’ actual working conditions conducted by the Ministry of Education, Culture, Sports, Science and Technology (MEXT), also indicated that the amount of teachers’ overtime increased to 34 hours in 2006 (after 40 years) from about 8 hours in 1966. Looking at the breakdown of teachers’ entire range of work, tasks involving student guidance and clerical work have increased significantly. The need to deal with parents is also increasing, while the number of class hours remains almost unchanged. This means that today’s teachers’ busy schedules are attributable to an increase in duties in addition to the actual lessons.

Moreover, such an increase of teachers’ overtime does not result in increased overtime pay. Actually, the idea of overtime is not applicable to public school teachers. Based on the idea that the working hours management system for teachers should be different from that for general administrative positions, it was decided that 4% of the teachers’ monthly salary would be added to their salary across the board as an adjusted payroll for teaching, through the Act on Special Measures concerning Salaries and Other Conditions for Education Personnel of Public Compulsory Education Schools, etc., in 1971. The figure of 4% was calculated based on the above-mentioned survey conducted by MEXT in 1966 (approx. 8 hours overwork per month). More than 40 years have passed since then and teachers’ overtime have increased more than four times; however, the adjusted payroll for teaching has not changed. Therefore, we cannot easily deny the current trend of likening the teaching profession to a sweatshop.

Financial conditions are getting worse.

A review of the adjusted payroll for teaching and reform of the education system have been repeatedly discussed; however, no conclusion has yet been reached. This is partly due to the reduction of budgets for education-related issues. For example, there is a call to establish the payment of overtime allowance instead of using the adjusted payroll for teaching, but a budget for the payments cannot be secured. Japan’s national universities were incorporated in 2004, at which time the system whereby the salary of public school teachers was meant to comply with that of national schools was abolished. As a result, the salary for teachers came to vary depending on the financial condition of the prefecture where the person was employed as a teacher. Furthermore, until 2004, the national government subsidized half of the personnel expenses for teachers to prefectures, and the government determined the purpose of the subsidy. Since 2004, however, the prefectures have been allowed to determine how to use the subsidy within the range of the total amount. This enables the prefectures to increase the number of teachers while lowering the salary per person. Also, in 2006, the percentage of the government subsidy was reduced from one-half to one-third. Considering the actual situation of education in Japan, it is necessary to increase the number of teachers; however, it is very tough for municipalities to do so under these circumstances. In 2001, the so-called Teiin-kuzushi measure (breaking down of quota) had already been adopted. This enables, for example, one regular teacher who works 40 hours per week to be replaced with four non-regular teachers who work 10 hours each per week. In other words, a measure that reduced the salary per person instead of increasing the number of non-regular teachers was accepted. This example shows that the actual situation is far away from the improvement of teachers’ employment conditions. In particular, the living conditions for non-regular teachers are very harsh, a fact that is depressing those students who want to become a teacher. Furthermore, these facts have become a big problem not only for teachers’ employment conditions but also for the quality of children’s education in Japan. 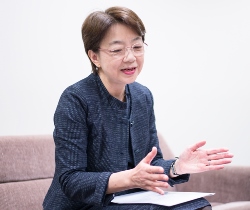 Japan’s education system is prone to be negatively influenced by the increase of non-regular teachers.

In western countries, for example, in addition to the teachers who are in charge during class hours, each school has a variety of supporters and experts in a range of different areas, such as children’s psychological issues, career and employment-related issues, the relationship between the school and the community, and the safety of children. These persons take charge of a school function related to their specialty, and sports clubs in the community take charge of school club activities. Schoolteachers don’t need to give up their holidays to take care of school club activities. They don’t need to rush to wherever children are causing trouble on the way home from school since parents are responsible for issues outside the school. If Japanese teachers were able to devote themselves only to teaching, in a similar way to teachers in western countries, there would be no major problem in sharing the work between regular teachers and non-regular teachers.

In Japan, teachers have always been in charge of various different kinds of work in addition to actually giving lessons. In these circumstances, a specific way of interacting with children, whereby teachers accept children as they are without any reservations, was created in the field of school education. For example, if a child was not good at math, teachers tried to deal with the issue after considering several factors other than the schoolwork, such as the child’s physical condition, feelings, relationships with friends (maybe the cause of their feelings), home environment (may influence their physical condition), growth process, and the relationship with their parents. This process has worked very well for the teachers to understand the children and respond appropriately, and also promotes the children’s capacity improvement and personal growth. This may be enabled under circumstances where the teachers’ work is complex and comprehensive, and includes a variety of other issues in addition to the actual teaching. Now, however, the increasing number of non-regular teachers has resulted in difficulties in the overall understanding of children and in the established practice of teachers accept children as they are without any reservations. Teachers are still required, however, to deal with complex and multifunctional duties while their level of busyness is accelerating. Japan’s education system is easily affected by an increase of non-regular teachers, and this could shake the very foundation of the education system in Japan. Currently, the national government is promoting the concept of the school team, which introduces various occupations other than teachers into the school systems, as a way to relieve the busy teachers. It may be recognized that teachers’ busyness should not be overlooked. However, before advancing the division of duties between teachers and other professions, it is necessary to verify exactly what the increase of non-regular teachers has done to the education system in Japan.

To maintain the teaching profession as the preferred job for students

Nowadays, out of consideration for personal information protection, it is probably difficult for teachers to interact with children in the way that they used to (accept children as they are without any reservations); however, teachers still remain motivated by this way of engaging with children. One person, who obtained a teacher’s certificate at our University and has worked at secondary schools in both Japan and Germany, said that it felt like something was missing while working in Germany, where teachers only take charge of teaching. There was more pleasure when working in Japan, where teachers are involved with the children more closely, providing career guidance or doing after-class activities. In Japan, teachers have been working to improve children’s capabilities while interacting with the children in various different activities in addition to the classes. For them, every activity related to the children is their job, which makes it difficult for them to systematically define their working hours.

This complex working style has resulted in a heavy load on teachers, and people have likened the teaching profession to a sweatshop. It is therefore necessary to improve the teachers’ working environment and review the education system, instead of increasing the number of non-regular teachers. Besides, teachers’ working activities are the most appropriate model for children (who are the workers of the next generation) to learn a sense of working. Now, people are calling for working-style renovation. When discussing the busyness of teachers, it is important to bear in mind that the problem does not only deal with teachers’ difficulties in their own lives but also deals with the future of our children, as well as the working standards of our entire society.

One of the students who is now on the teacher-training course at our University told me the reason why they wanted to become a teacher. “When I was a child, a problem occurred with my classmates. Our teacher, who was in charge of the class logically coped with the problem without ignoring anything. Her attitude was very cool, and I admired her.” Children are always watching their teachers’ behavior. Both good things and bad things. Their childhood memories may influence their career choice. We have to make efforts from a variety of different aspects so that the teaching profession will continue to be attractive work for those children who want to become a teacher.

Literary works have a mechanism for arousing the imagina ...

Japanese lacquerware culture with a richness not found i ...