Introduce healthy analogue tendencies into the digitalized every day

With the spread of electronic books and the increased online sharing of video contents, the cultural lives of us users are abruptly changing. At the same time, the action of creativity is becoming digitalized entirely and this situation is once again highlighting the necessity of analogue tendencies. In truth, is it possible to not end in simple resistance to digitalization, but rather to have “healthy” analogue tendencies that favor the times?

The reason writers insist on “handwriting” 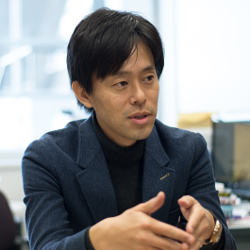 Our way of life has changed significantly with the spread of the internet. Great volumes of data are exchanged in an instant and it is not uncommon for even the creative process of creators to be completed with only digital input and output. Also, in the publishing industry, there has been a sharp decline in the number of drafts that are handwritten by the writer, and data file submission is becoming the standard. This trend of digitalization is becoming stronger and more conspicuous each year. In the 2010s in particular, when electronic books began circulating in Japan, works themselves have been digitized and even conventional “books” must now be referred to as “paper medium.” If you think about it, this may suggest that we are facing an exceedingly major transition equaling the invention of letterpress printing.

Meanwhile, I have been noticing the activities of writer, Hideo Furukawa for some time. Mr. Furukawa is one of Japan’s leading novelists and his translated works have been introduced in the West in recent years. He recently translated the classical Japanese literary work, The Tale of the Heike, into modern language. I hear that the translation, spanning 1,800 pages of Japanese manuscript paper, was wholly handwritten by Mr. Furukawa. Of course, the completed “paper-version” of The Tale of the Heike is a normal book sold in normal bookstores (although as a single-volume book of over 900 pages, it is very sizable). Therefore, the common reader cannot discern whether the writing process started with the analogue task of handwriting or digital input using a computer. Then why was it that Mr. Furukawa insisted on writing by hand?

Why does Mr. Furukawa, who writes many spectacular tales, insist on handwriting? The reason is not simple “resistance” to digitalization. Mr. Furukawa’s challenge is for the creative process, which has completed and become closed due to digitalization so to speak, to be “enhanced” once again by his own hand. In reality, there are currently scarcely any artists or creators that remain untouched by the trend of digitalization. To give another example, a novelist with tremendous popularity among youth, Ishin Nishio, mentioned in his own collection of interviews that he uses a portable word processor not connected to the internet when writing drafts. His works have also been animated and it’s no exaggeration to say that his creative activity is a media mix role model. Therefore, when I first learned that his creative attitude was to purposely keep distance from the internet, I was both surprised and also able to understand that this may be essentially what writing is. For instance, if there were material and information necessary for creativity, then putting yourself in an environment with constant access to it may not necessarily be good for writers. In the process of continuing to seek their own way of expression, all creators, including writers, at times peruse through as much material and information as researchers, while always considering how to keep their distance from the “expressions of others.”

Before keyboard entry, write by hand. Go offline and temporarily stop retrieving information and exchanging messages. This is how writers at the forefront customize and enhance the now digitalized creative process. In fact, analogue tasks are essential to creativity. As a writer’s work, the next important task after writing is “proofreading.” In the step before a manuscript is submitted to a printing shop, this is the task of revising the temporarily assembled manuscript with a red pen multiple times. Fortunately, this proofreading step in creating books is centered on manual labor even now. However, the influence of digitalization can also be seen in this proofreading task. This is obvious when compared to that of letterpress printing, which was common in the last century.

What letterpress printing teaches us 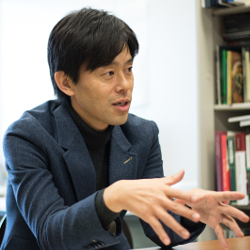 Several years ago, I came to want to learn about the actual state of letterpress printing, and through a publisher called Minato No Hito, I published a critical book using letterpress printing. The book was published as a hardcover book under the title Rocket no shogo wo matteiru, and the entire text was printed by actually arranging metal type. The letterpress printing shop was located at Zoshigaya and the process of letterpress printing that I witnessed was much more difficult than I imagined. A craftsman called a typesetter would pick up each piece of type cast using lead from shelves and arrange them in lines for each page. To have had the opportunity to observe that aspect was astonishing, as I had only had experience with digital manuscript submission.

My next surprise was the proofreading process of the temporary print. The rows of letters lined up using the hands and eyes of each craftsman rather than a word processor are of course full of value, but at the same time, misprints that differ from those of computers could be found here and there, and proofreading those errors stimulated a part of my brain completely different from usual. For example, even using the same Mincho-style font, when studied closely, a different font with a slightly varied shape for the Chinese character radical called “gon-ben” had been mixed in, and a letter was placed upside-down, etc. In fact, there was a proofreading mark to correct such vertical inversions, and the proofreading process itself was like having an actual conversation with the craftsman. Through these tasks, I was able to look at my writing from a different perspective, which leads to an improvement in my writing activities.

Creators should become sensitive to the nature of different media

Many of those who are thinking of pursuing a creative career or have actually started creative work are probably also sensitive to the advance of “media.” Until the last century, mass media like movies and television were the mainstream of culture, but now, more people recognize media like online video-sharing services to be effective as a place to exhibit creativity. Launching a certain successful work via various media, such as movies, television, internet, comics, novels, games, figures, etc., is referred to as “media mix” in Japanese-made English. Since the beginning of this century, such sales strategy has become increasingly mainstream due to the declining influence of mass media and the optimization of information dissemination via the internet, and not surprisingly, with the digitalization of production, it can be said that contents production time has shortened and that it has become easier to reuse data. However, to succeed in a world that presumes media mix, it is necessary for the creator’s message to be clearly indicated and for that message to be innovative and persuasive.

Moreover, in order to become sensitive to the nature of different media, you must understand the peculiarity of words and other methods of expression. I will explain this using a very simple example that narrows this down to the relationship between the originator and receiver. Posters for crime reduction and prevention are often seen at street corners. The originators of such displays are usually public institutions like the police department and the messages are mostly simple warnings like “Be careful of xx!” But the message we receive is not necessarily simple. This is because we receive two messages at the same time: one message that induces anxiety that “crimes that may seem unrelated to us are actually nearby” and another message that dispels future anxiety “to feel relieved because regulations against such crimes are being tightened in the surrounding area.” This is the greatest feature of expression using words.

On the other hand, such posters are always accompanied by a graphic image. And yet, it becomes difficult to manage such multitiered messages for expressions other than those using words, especially in the field of visual representations. For example, if criminals or victims were to be illustrated on the aforementioned posters for reducing crime, exactly what kind of image would be appropriate? In either case, elements that specify race, age, or gender should not be included. But that is nearly impossible. Nevertheless, drawing a symbol-like silhouette will only halve the effect of the poster.

In other words, communicating a message is fundamentally very difficult. It is not that the cause for this lies with the originator or receiver, but that messages always come with another message and if it is clearly a display of ideology or bias, then the expressive action suddenly becomes dull. Therefore, what is necessary for creators living in today’s world is to not only become sensitive to changes in media, but also to become sensitive to the nature of different media. In this way, discovering your own analogue time within the digitalized creative activity will become increasingly vital in the future.