A Proposal on the Relationship between Society and the Self

The concept of “me” could be described as the defining characteristic of modern art. In the past, music, fine art and literature belonged to the field of religion and were used to express God. It was not even considered very important to know the identity of the author behind a piece of work. In the modern age, the themes of “me” and “individuality” have come to the fore.

The Self as the Focus of Modern Art

The concept of “me” could be described as the defining characteristic of modern art. In the past, music, fine art and literature belonged to the field of religion and were used to express God. It was not even considered very important to know the identity of the author behind a piece of work. In the modern age, the themes of “me” and “individuality” have come to the fore.

Artists express feelings and impulses such as “I want people to see the real me” or “I want people to accept everything about me” through sound, pictures or dance. This is, perhaps, what art has become in the modern age. For example, the use of “confession” has become one of the major trends in Japanese modern literature. Language is used to consider the inner self. The “self” is scrutinized and the question of what makes “the real me” is examined. Artists depict themselves as they really are. This trend continues to live on through use of the first person narrative.
However, “the real me” and the “inner” self are things that are impossible to understand. In fact, “confessions” could be described as a device for fabricating a “real me” through the very act of making a “confession”. Yukio Mishima was well aware of this situation and in Confessions of a Mask he adopted the form of a fabricated inner self (a “mask”) making confessions.
In the 1980s, postmodern art was extremely popular in Japan. At the time, everyone was convinced that the modern age of literature, which focused on the concept of “me”, would come to an end. However, thirty years later “me” is still a central theme of literature. 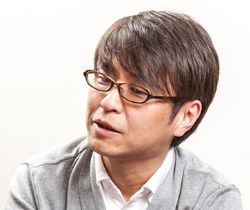 In a sense, artists can be regarded as prophets. Whether they are aware of it or not, people involved in art possess an excessive sensitivity; as a result they are unable to conform to society and have a powerful sense of discomfort, pressure or struggle in their lives. Like a canary in a coalmine, they pick up on sentient changes that would be ignored by others and depict these feelings in the world of art.
How do people regard themselves? It is the field of art that first picks up on changes in people’s self-perception. In music, fine art and literature, there is a good chance of being able to identify a period of change in humanity’s perception of itself and its outlook on the world.
Where is society heading and what is the focus of people’s hearts and minds? Art, including literature, is like a mirror that shows us what lies a short distance ahead.
So what are the coming changes that modern literature is beginning to reveal?

Snapped “Hearts” and the Division of “Me” 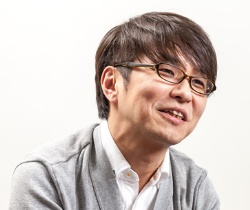 In recent years, people have commented that young people appear “closed” and that they only have an interest in what is happening in their immediate vicinity. Others have pointed out that statistics do not back up this view, but personally I can feel a strong trend among young people towards extreme introversion.
The Japanese phrase kokoro ga oreru (literally “my heart snaps”) is used to describe a loss of heart. The phrase became widely used from the 1990s onwards, and the image of “snapping” must have fit in with people’s feelings in some way.
In the past, the “heart” was regarded as a round object, like a ball. It would be “dented”, “hurt” or “crushed” but rarely was it described as “snapping”. It had elasticity and the ability to repair itself.
Nowadays, the impression I get is one of a “heart” that has become multiple thin “strands”. The heart is brittle and “snaps” relatively easily, but there are numerous spares available to replace those lost.
Keiichirou Hirano, a clever author born in the 1970s has described a movement away from the “individual” and towards the “dividual”. Rather than an inseparable individual, we are a network of “divisible personas”, with different personas for each of the communities to which we belong. In other words, there is no such thing as a single “me”. Instead, the “real me” is a composite of all the different “me’s” from our different human relationships. This has shown itself to be a powerfully persuasive idea in the modern age.

If we want to have whole-person relations with other people in society, we are forced to experience being hurt by others and hurting others. We get hurt out in the big wide world, and then return back inside. Once we have recovered, we head outside again. In the modern age, this natural process has perhaps become increasingly rare.
Author Keisuke Hada, a graduate of Meiji University, depicts in one of his works the image of a young person who first encounters the experience of being hurt by others when he tries to find a job.
However, by the time we reach job-seeking age it is too late. Young people have a need to “snap their heart” or to experience pain in some meaningful way, and this applies equally in the world of art as in any other sphere of life. There is a need for people to hurt one another in a good sense while they are still young and to possess the ability to recover. People need to know about frustration and experience hard knocks at an early stage. They need to enter new worlds about which they know absolutely nothing. Unless people have these experiences at a young age, the world will remain a small place for them.

Towards a More Tolerant and Elastic Society

Society, on the other hand, has started to provide systematic support to young people.
For example, given that young people now appear to fall in love increasingly rarely, attempts to bolster falling marriage rates by supporting young people’s attempts to find marriage partners can only be described as a one-sided view of the problem. How have people’s feelings and thoughts changed? Surely we will never find the answers to society’s problems unless we also look at issues from the perspective of changes in people’s hearts and minds.
In recent years, increasing attention has been given to upholding corporate compliance, but at the same time I believe we need to aim for a more tolerant and elastic society. As can be seen clearly from flaming on social media, the excessive stress that now permeates society erupts in the form of extreme peer-bashing or social sanctions on anyone who makes a mistake. This trend will only make young people even more inclined towards introversion. Surely it would be better for society to become more lenient and for people to show more tolerance to one another.