“Kawaii” is the mainstream of Japanese aesthetics; encompassing a nuance of grotesque and infiltrating the surroundings

“Kawaii” has become an internationally accepted Japanese word. Because this adjective is frequently used by Japanese teenage girls, it is often considered that “kawaii” is something related to a subculture. However, “kawaii” is rather rooted in traditional Japanese aesthetics, and thereby the word has spread around the world.

“Kawaii” encompasses a nuance of grotesque 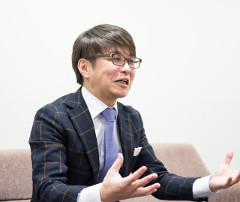 The Japanese word “kawaii” is currently a universal word. “Kawaii” refers to an aesthetic sense which is different from the words “cute” or “pretty”. This sense of aesthetic is not originally evolved from modern Japanese youth culture. Rather, it originated from traditional Japanese aesthetics.

“Kawaii” has two distinct features. First, as indicated by Mr. Inuhiko Yomota, a scholar of comparative literature, “kawaii” encompasses a nuance of grotesque. What is regarded as “kawaii” does not usually have a perfect shape. For instance, most people consider a baby “kawaii”. A baby is one of the typical objects which most people consider “kawaii”. However, if an adult maintained a body proportional to that of a baby, we would surely feel the person grotesque, attributing this feeling to his/her extremely disproportional body shape. It is the same as “kawaii” characters of manga (Japanese comic books) or anime (a style of animation originating in Japan). They have enormously large eyes, or their heads are oversized. They are considerably deformed. Aesthetic elements appreciated by the Japanese are opposite to those in western cultures, which stress balance and perfection. The most distinct feature of a Japanese aesthetic sense is the appreciation of something imperfect. For instance, in moon-viewing, the Japanese honor the moon partially covered with clouds more than the full moon shining brightly in a cloudless sky. The Japanese admire falling cherry blossom petals more than blooming cherry blossoms. Sado (Japanese-style tea ceremony) values tea bowls with irregularity. Bowls which are considered too beautiful may be deliberately cracked, and then repaired. The Japanese appreciate objects which are distorted and could be grotesque, unlike perfect things. This is a sense of kawaii, which is in conformity with traditional Japanese aesthetics.

The modern concept of “kawaii” can be traced back to the Heian period. In the Pillow Book (Makura no Soshi), Sei Shonagon used the term “utsukushi” to describe a girl wearing an adult-size article of clothing with her fingers slightly coming out of its sleeves. “Utsukushi” did not have the same meaning as that of the modern term “utsukushii”, which means beautiful, but instead referred to a sense similar to “kawaii”.

It was during the Meiji period that “utsukushi” was used as a Japanese translation for beautiful. Teenage girls adore clothes with extra-long sleeves and consider them “kawaii”. What they value is the same as what Sei Shonagon valued in the Heian period. Elements of the aesthetic appreciated by Sei Shonagon have been continuously passed down to the present age.

Why do the Japanese honor things which are not perfect? It probably originates from the way the Japanese view the world or understand religions. The Japanese consider that perfection is something unachievable. “Mononoaware” is a Japanese word expressing Japanese aesthetic appreciation. Mr. Susumu Ono, a Japanese linguist, pointed out that “mono” does not mean “vaguely” but refers to what humans cannot control. In contrast, “koto” is what humans can control. We say “mononoaware” not “kotonoaware”, when we encounter things which we cannot control. On such occasions, we are moved by emotions. “Mononoaware” embraces the movement of our emotions. It describes a sense of resignation that humans cannot control or do anything against, nature or the will of God. Contrary to Japanese culture, western cultures do not value such a sense of resignation. They are convinced that they are able to transform nature to make it perfect. The Japanese have different perspectives about life and the universe than westerners. In conformity with these perspectives, the Japanese used to adore grotesque things which were imperfect and distorted. This way of valuing things has been passed down to the present age. 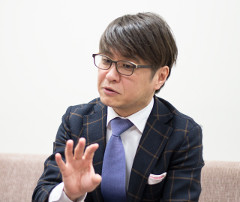 The other feature of “kawaii” is that it not only describes the state of an object but also infiltrates the surroundings. For instance, when high-school girls call out “kawaii” when looking at Disney characters at Disneyland, they are infiltrated by a sense of “kawaii”, becoming part of a “kawaii” atmosphere. Teenage girls adore clothes with extra-long sleeves. With saying that extra-long-sleeved clothes are “kawaii”, a sense of “kawaii” is growing inside a girl, and that sense is infiltrating her surroundings. Middle-aged men often frown at or feel discomfort with teenage girls frequently expressing their feelings with “kawaii”. It may be because they are not “kawaii” themselves or they are not allowed to be part of the “kawaii” atmosphere of girls.

This sense of alienation felt by middle-aged men is also one element of traditional Japanese aesthetics. For instance, in saying “mononoaware”, we express a sense of “aware” for ourselves, not for “mono”. “Wabi” or “sabi” describe the condition in which we are. In other words, “aware”, “wabi” and “sabi” explain not only the nature of “mono” or “koto” in front of us, but also an atmosphere encompassing “mono” or “koto”. On the contrary, beauty, supremacy or grace, which is main elements of aesthetics of western cultures, describes the nature of an object. When you say “beautiful” while looking at a rose, it is the rose, not you, that you consider beautiful. In contrast, Akiko Yosano wrote in the poem “Tangled Hair” (Midare Gami), “How beautiful they are / The people brushing past me / As I stroll through Gion / to the temple of Kiyomizu / on this cherry blossom moon-lit night.” She stated that when looking at cherry blossoms, she felt all people around her were beautiful. The Japanese perceive that the beauty of cherry blossoms embraces the surroundings. Mr. Shuzo Kuki, a philosopher, might not have heard of Yosano’s poem. However, he made the same remark as Yosano, that with Japanese cherry blossoms their surroundings look beautiful as well.

The Japanese aesthetic sense is characterized by its passiveness. People do not assimilate themselves into “aware”. Having a sense of “aware”, people themselves are infiltrated by “aware”. A girl, calling a cute Disney character “kawaii”, wears clothes emblazoned with a Disney character. People seeing the girl also consider her “kawaii”. Both are infiltrated by a sense of “kawaii” which is the traditional Japanese aesthetic. In the U.S., visitors to Disneyland may dress like its characters because they want to assimilate themselves into or take part in a joyful environment. Such feeling is not what the Japanese aesthetic appreciates.

Japanese should be proud of the Japanese aesthetic sense

The reason why “kawaii” has become a universal word is not because of its peculiarity. It is because “kawaii” explicitly describes what Japanese aesthetics are about. “Wabi” or “sabi” describe the state of mind of the people in the downhill of life. On the other hand, “kawaii” describes that of the people in the uphill of life, and thereby it has been easily and universally accepted. For instance, not only in the U.S. or European countries but also in South Korea, celebrities are those with perfect beauty or talent. On the contrary, Japanese celebrities are those of imperfection. Imperfection is regarded as “kawaii”. In addition, imperfection raises an expectation for future transformation from immaturity to maturity. Such sense of expectation has made it possible for “kawaii” to become an internationally accepted word, unlike “wabi” or “sabi”. Palatable characteristics of “kawaii” have attracted more foreigners to a concept of the Japanese aesthetic, which is the base of “kawaii”, and it can be said that “kawaii” is a key element of a strategy to spread Japanese culture across the world. This is like the “Cool Japan” slogan, with which Japan has promoted Japanese culture around the world, emphasizing its uniqueness.

While terms to describe certain feelings have changed over the time, elements of the Japanese aesthetic have been passed down to the present age without any interruption, which is rare in other parts of the world. The Japanese themselves should be more aware of and proud of various cultural arts and activities of Japan such as gagaku (Japanese classical music), nogaku (a traditional Japanese form of theater), kabuki (a traditional Japanese form of theater), and sado, which originate from the Japanese aesthetic and have been passed down over generations. It will be of use to spread the Japanese culture across the world in the same way as the concept of “Cool Japan” has been spread and disseminated. More importantly, it will surely help us to enrich our minds and lives.

* The information contained herein is current as of June 2018.
* The contents of articles on Meiji.net are based on the personal ideas and opinions of the author and do not indicate the official opinion of Meiji University.