On October 5, the twelve countries participating in the TPP (Trans-Pacific Partnership) announced the broad agreement on the negotiations. In Japan, the Diet will discuss countermeasures and deliberate over ratification in the future, but what aspects of the TPP should we, the citizens of the country, take note of, and how should we deal with it?

Conditional support for the broad agreement on the TPP 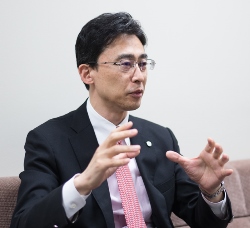 As a former government official of the Ministry of Agriculture, Forestry and Fisheries of Japan who was engaged in consultation for Japan’s participation in the TPP negotiations, this broad agreement is impressive for me in various ways. However, when I think about it calmly, my present evaluation is “conditional support”.

The point that can be highly regarded is that the twelve Pan Pacific nations reached a broad agreement under the situation where the negotiations over trade liberalization and rulemaking at the WTO, which I participated in, have stalled. It is ideal that trade liberalization be led by the WTO, but as it is impossible, the only way considered as second best is regional efforts like the TPP. The conclusion of the TPP, participated in by Japan and the U.S., will greatly affect the entire world.

Meanwhile, the reason of “conditional support” is an inappropriate explanation and response of the Japanese government. At this stage, we, the citizens, do not completely understand the essence of the TPP, and therefore, there are possibilities that we cannot make right judgement on future TPP countermeasures to be worked out by the government.

The essence of the TPP is not economic effects

Prime Minister Abe emphasizes the economic benefits of the TPP, but participation in the TPP is not so beneficial to the Japanese economy in fact. At present, Japan’s largest trading partner is China. Therefore, the Japanese government acknowledges that, if Japan can achieve trade liberalization with China, a large economy with considerable protection and regulations, the economic benefits in Japan will be greater than the total benefits of tariff elimination with the other eleven TPP countries. If it is the case, the significance of the TPP is political intention to contain China by surrounding the country with Pan Pacific nations.

Actually, the U.S. also has a great deal of opposition against the TPP domestically. To respond to such opinions, President Obama delivered a speech in Congress to appeal to nationalism, saying that “If the U.S. does not make rules at the TPP, China will do so. Is that all right?” This speech points out the essence of the TPP. In addition to this political significance of “China containment”, Japan can also use the TPP as a strategic card to move stalemated free-trade talks with China or the EU forward with advantages. The problem is that Prime Minister Abe tries to hide the essence of the TPP by trumpeting the economic benefits that are originally small, while President Obama speaks of the political/strategic significance of the TPP. 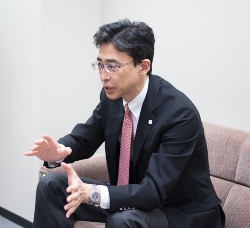 I still have doubts about the explanation by Prime Minister Abe. The Japanese government tells agricultural industry that “five key sacred commodities are protected”, and also tells consumers that “there are benefits of reduction in the price of imported items”. However, the retention of tariffs on agricultural products means that import price is not reduced, and therefore, it is incompatible with the interest of consumers. When looking at the content of the broad agreement, you will find the additional quota on rice imports from the U.S. and Australia is nearly 80,000 tons in total, which accounts for merely 1% of the annual domestic consumption. This will not cause significant reduction in the price of rice. In other words, this broad agreement essentially prioritizes protecting domestic agriculture, and provides little benefit to consumers in reality.

In spite of this, it is concerned that the introduction of interventionist countermeasures are about to be introduced. In response to the additional import quota on rice, the government explains that it prevents price reduction by purchasing the same amount of domestically-produced rice for stockpile. However, this price support policy will accelerate the consumers’ trend of shifting away from rice consumption, and it runs counter to the export of agricultural products promoted by the Abe administration. The common approach in the U.S. and Europe is that the price of agricultural products is basically determined by the market, and the income of farmers is compensated by direct subsidies. Under this system, trade liberalization brings consumers the benefits of price reduction without impoverishing farmers. Agriculture in developed countries deserves a certain degree of support, and the U.S. and EU annually spend nearly ten trillion yen for such subsidies for farmers. The TPP obliges tariff reduction, but it does not restrict domestic subsidies at all. Japan cannot avoid additional tariff elimination in the future free trade negotiations with the EU, China, or other countries, so it is desirable to shift to the U.S. and European system by using the TPP as a catalyst.

Another concern about agricultural countermeasures is that we can observe the movement of recovering agricultural engineering works on the coattails of the TPP. The folly of countermeasures dealing with the GATT Uruguay Agreement concluded in 1993, which were criticized by the citizens, should not be repeated because farmland can be reclaimed by other means, and public works is a mechanism leaving a debt for farmers.

The TPP should be the chance for both farm producers and consumers to change!!

Concerns over the TPP are being spread among farmers. However, my assessment is that immediate effects are not so large because tariffs on most items in the five key sacred commodities are retained in this agreement. Meanwhile, TPP countermeasures to be worked out by the government should include the contents to support motivated farmers. We can think of various measures dealing with the TPP, such as sextiary industrialization of agriculture (combining agriculture (primary) with processing (secondary) and distributing and selling (tertiary) to produce synergies), branding of high-quality agricultural products, promotion of export, and others. As just described, farmers can get new assistance while experiencing small negative effects, so they should take the TPP as a chance to transform this challenge into an opportunity. Also, I recommend consumers not only seek short-term cheapness but also purchase domestically-produced products as much as possible to support farm producers. Choice of individual consumers will lead to the support of agriculture in Japan and beautiful scenery in the countryside that is the homeland of the Japanese heart.

The common problem of developed countries including Japan is little mutual understanding and a growing distance between farm producers and consumers due to the penetration of processed food products and eating out. Therefore, it seems to me that, while agricultural associations rely on politicians more and more before they seek the understanding from consumers, the negative image of farmers dependent on protection is being spread among consumers in cities. On the other hand, farmers who have started direct sales say that they raised their motivation towards agriculture after being impressed by consumers’ voices of surprise that “I did not know that fresh vegetables are so good and tasty”. The TPP should be considered as an opportunity to nurture motivated farmers and encourage mutual understanding and improvement in the relationship between farmers and consumers. The government should hammer out proactive assistance to achieve this.

* A book with the detailed background story on the TPP negotiations, written by Associate Prof. Sakuyama, was published. “The Truth of Japan’s Participation in the TPP Negotiations” (Library of the Institute of Social Sciences, Meiji University)
* The information contained herein is current as of November 2015.
* The contents of articles on M’s Opinion are based on the personal ideas and opinions of the author and do not indicate the official opinion of Meiji University.