A free trade agreement that aims to eliminate tariffs 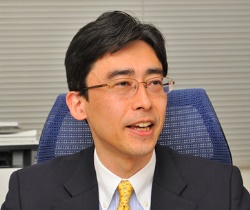 I worked in the Ministry of Agriculture, Forestry and Fisheries for 25 years, and was engaged in negotiations over the Trans-Pacific Partnership (TPP) for the last three of those years. Based on this experience I would like to give some thought to the TPP issue. The TPP is a plan for a free trade agreement in the Asian-Pacific region in which 12 countries were taking part as of March 2014. Its origins lie in the Trans-Pacific Strategic Economic Partnership Agreement (TPSEPA) that went into effect in 2006 between the four countries of New Zealand, Singapore, Chile, and Brunei, with the TPP regarded as an expansion of the negotiations from this. In September 2008 it gained international attention when the Bush Administration in the United States declared that it would take part in TPP negotiations, following which Australia, Peru, Vietnam, Malaysia, Mexico, and Canada have joined in the negotiations one after another.
As for Japan, in October 2010 Prime Minister Kan of the Democratic Party of Japan announced that he was considering taking part in TPP negotiations, which gave rise to a controversy that has divided public opinion over Japan’s participation in TPP negotiations ever since then. The biggest reason for this is because, as a general rule, the TPP aims to eliminate the tariffs that serve as the duties imposed on imported goods. It is expected that this will deal a particularly powerful blow to agriculture, with agricultural cooperatives and similar organizations strongly opposing it. The Liberal Democratic Party, which has aimed to capture the votes of rural regions, set forth a campaign pledge stating that it, “Is opposed to joining the TPP negotiations as long as they are premised on tariff elimination without exceptions” during the lower house elections in December 2012. After the start of the New Year, in February 2013 Prime Minister Abe held talks with President Obama, wherein he explained that, “It has become clear that the TPP is not premised on tariff elimination without exceptions.” Based upon this he decided to take part in the negotiations the following month in March and arrived at the negotiating table in July, though as is well known they have failed to reach an agreement.

The TPP’s significance for security and strategic dimensions

From December 2010 until the decision was reached to take part in negotiations in March 2013, I was engaged in the consulting with TPP participatory countries such as the United States and the countries of Southeast Asia with a view to gathering information and joining the negotiations. I would say that the highlight of this was the talks between Prime Minister Abe and President Obama in February 2013. Following the meeting Prime Minister Abe explained that, “It has become clear that the TPP is not premised on tariff elimination without exceptions,” but there is another side to the story. The Japanese side maintained the interpretation that when they joined the negotiations they were not promising to eliminate tariffs, whereas the US side’s thinking was that it would get Japan to promise to eliminate tariffs during the negotiations. Since I realized that both Japan and the United States had interpretations that differed from one another from the outset, in one sense I found it only natural that the negotiations would run into trouble later on. Conversely, for its part the Abe Administration thought that not taking part in the TPP negotiations in was not an option. This is because of the overtones implying that the TPP would not merely be a vehicle for promoting free trade. The fact is that as tensions continue to rise with China over territorial disputes, the TPP has advantages in terms of security in that it would strengthen the Japan-US alliance. In other words, Japan’s joining the TPP negotiations was a political decision arrived at based on these security dimensions and the strategic dimensions of drawing China and the EU into free trade agreement negotiations with Japan, more so than because of its economic benefits.
If we were to adopt the US’ standpoint, we would see that unless Japan participates in it the significance of taking part in the TPP for the United States drops significantly. As you can see from a glance at the participating countries, Japan is the most appealing of the lot as a market given factors such as its economic size and population. The United States and Japan, which are the world’s first and third largest economies, respectively, stand out from the rest of the pack of countries taking part in the negotiations. To the United States there were no economic benefits of taking part in the initial TPSEPA, which was comprised entirely of small countries. The participation of the United States, which is a major economic power, would induce a sense of isolation on the part of the non-participating countries; after that, getting Japan to take part, eliciting its participation would boost the economic appeal of the TPP. In addition, the United States could leverage its predominance in having joined the negotiations earlier to impose various conditions on Japan’s participation with the aim of forcing it to liberalize its agricultural products and other goods. As this shows, the TPP served as sophisticated strategic negotiations wreathed in Machiavellian machinations concerning national interests, and when you focus exclusively on the gains and losses produced in particular fields you lose sight of its true essence. 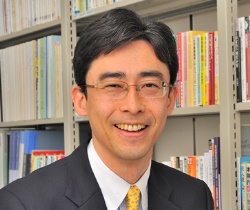 The reason that agreement has not been reached in the TPP negotiations is because there is absolutely no overlap in the assertions of the United States and Japan, and so there are no prospects in sight for reaching consensus. Since the Liberal Democratic Party set forth the campaign pledge that it, “Is opposed to joining the TPP negotiations as long as they are premised on tariff elimination without exceptions,” in order to maintain consistency with this position it decided upon five sensitive agricultural products (rice, wheat, beef and pork, dairy products, and sugar) as “sanctuaries” that should be exempted from tariff elimination when it entered the negotiations. In other words, it asserted that it would maintain its tariffs on these five products. In response to this the United States is demanding that these tariffs be eliminated, and is showing absolutely no indications that it will concede the matter. This is despite the fact that Japan has offered concessions in allowing the United States to postpone lowering its tariffs in the automobile sector as much as possible despite Japan’s repeated demands that it eliminate these tariffs.
From my own personal experience, once Japan enters into negotiations it persists in its efforts to discover common ground in the aim of reaching a conclusion. But the United States is a powerful country, and it considers it only natural that other countries will go along with its own assertions since it is a major economic power. Once there was an effort whereby the continents of North and South America as a whole attempted to conclude a free trade agreement, but the negotiations came to an impasse due to the United States’ unyielding stance. What is more, the United States is approaching a mid-term election in November, and so there is mounting pressure from the automobile industry and agricultural organizations that has created a state of affairs wherein it cannot make concessions over trade. Likewise Japan is not exactly able to accept tariff elimination “without exceptions” due to the campaign promise set forth by the Liberal Democratic Party. It seems as if both countries are kicking the problem down the road in order to minimize their own political losses.

A long-term perspective is required for the elimination of tariffs

As for how things will play out in the future, I consider it a 50-50 chance that an agreement can be reached by the TPP negotiations. With Japan it can be considered as a given that once it begins negotiations it will see them through to a conclusion. But with negotiations in which major countries take part such as the TPP, when attempts are made to promote high-level liberalization like with the elimination of tariffs on agricultural produce this will increase the number of people who suffer losses as a result of this, which will make it difficult to conclude the negotiations. In other words, the high expectations placed on the TPP stand in contrast with its degree of difficulty. I believe that it will be no easy feat for Japan and the United States to reach a consensus, and that there is a strong possibility that the TPP will break apart mid-flight. The United States will most likely need to make concessions in order to avoid this. A scheme in which the elimination of tariffs in order to achieve free trade is instituted in a long-term, phased manner is believed to be the most pragmatic approach. Trade liberalization is a global trend, and the elimination of tariffs for this will be unavoidable over the long-term. But if we take decisive action on this in a drastic manner then discord and friction will inevitably follow. Therefore, I believe that a valid point of common ground would be to obtain concessions from the United States, then gradually reduce tariff rates in a systematic manner by adopting a long-term perspective. It goes without saying that achieving this scenario will not be easy.
On the other hand, I do not mean to say that there is no possibility of the TPP negotiations ultimately reaching an agreement. After the negotiations have reached an agreement and the governments of the various countries have signed the agreement, they will publicly release the provisions so that they can be ratified by the parliaments of the participating countries. When this happens, it will offer an excellent opportunity to judge the authenticity of the claims by the factions that support and those that oppose the TPP. My concern is that once the debate over the TPP was being amplified to the point of dividing public opinion it has rapidly withered away upon reaching this stage. The Japanese people should maintain its interest in the TPP, while having each of its citizens thoroughly and carefully inspect the provisions that are publicly released, or in other words the details of the agreement. My recommendations for society in regards to the TPP lie here. The Japanese people have a tendency of uncritically accepting the treaties and other agreements that their government negotiates and concludes, but politicians and bureaucrats have been known to manipulate information, and the people must adopt a critical mindset to a certain degree. Governments engage in negotiations based on a mandate, but whether these are ratified or not depend on their parliaments, which reflect the will of the people as a sovereign of a nation. A decision must be reached on whether or not the TPP truly complies with Japan’s national interests based upon the deliberations of the people. I feel that we researchers should provide accurate information to serve as a prerequisite for such a decision.