Is it Acceptable to Lower the Maximum Age for Application of the Juvenile Act?

In response to lowering the minimum age for voting to age 18, it is now being considered to lower the maximum age to age 17 for application of the Juvenile Act, and that public opinion polls are said to show that those who support its lowering, are in the majority. On the other hand, there are also deep-rooted opinions against any lowering. Why are some people opposed? It is said that some facts may be misunderstood by many of those who are in favor of lowering the age. 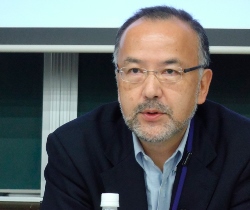 What is the Juvenile Act? Many people appear to know what the act is, but in fact, not many people may understand the essence of the act. The Juvenile Act can be easily understood by comparing it with the Penal Code, the purpose of both the Juvenile Act and the Penal Code is to obstruct acts related to crime. This is because society must be protected from crime. As people can live as human beings only in a society, it is essential to protect and maintain that society. For that purpose, various rules (social norms) have been established in society, and law is one of the rules as a matter of course. Among the laws, both the Juvenile Act and the Penal Code prescribe punishments for the purpose of obstructing crimes in order to protect society. The key difference between the act and the code is in the details of the punishments. Under the Penal Code, punishments, namely ‘criminal dispositions,’ are inflicted, which are fundamentally based on the thinking of ‘retribution.’ It is expected that the offender will come to think that they will no longer commit any more crime if the offender has been made to receive a punishment, or has been punished, according to the crime committed.

In contrast, under the Juvenile Act, compulsory ‘education’ is provided to the offender as ‘protective measures’ in order to remove any criminal tendencies from the offender and enable reformation. This is because immature juveniles will not remain as immature as they are but instead are on their way to growth and development toward the future. Growing and developing means being able to change and is referred to as ‘plasticity.’ Exactly because juveniles are highly plastic, in order to obstruct crime, it is possible to expect reformation through education which is considered to be more effective than retribution. ‘To protect society from crime’ by reforming juveniles through education is the essence of the Juvenile Act.

Dispositions Practicable under the Juvenile Act

For crimes committed by adults, there is a system called minor offence dispositions in which criminal procedures can be closed for minor offence cases after only an investigation by the police without turning them over to prosecution. In addition, of those cases turned over to prosecution, about one-third of them are prosecuted to court and the remaining two-thirds are not prosecuted. Furthermore, even when cases are prosecuted, over half of those cases sentenced to imprisonment with work are suspended, and offenders do not serve their sentence. In other words, there are a great many cases where adults having committed a crime are returned to society without receiving any official disposition or treatment. In contrast, such systems as minor offence dispositions and decisions not to prosecute are not prescribed in the Juvenile Act. All criminal cases will be turned over to family courts and investigated by family court probation officer experts. In addition, as many people know, in amphetamine cases, for example, although the arrest of an entertainer is featured in the mass media to cause a sensation, the entertainer is usually granted a suspended sentence however much they have indulged in taking amphetamines if they are a first offender. In contrast, in the case of juveniles in circumstances similar to the above, most of them are referred to juvenile training schools. A juvenile is not granted probation for the reason that they are a first offender.

Furthermore, the Juvenile Act covers not only crime but violations of the law and pre-delinquency. Pre-delinquency refers to a juvenile that is liable to commit a crime. There are cases where, even when a juvenile has committed no crime, if they are living in certain bad conditions and liable to imminently commit a crime in the future, they may be referred to a juvenile training school to make improvements to such situation.

In this way, dispositions inflicted under the Juvenile Act are sometimes more severe than those inflicted under the Penal Code. This is because, as I mentioned, the basis of the Penal Code is ‘retribution’ but the basis of the Juvenile Act is ‘education.’ Of course, plasticity can operate in both the right direction and the wrong direction. By means of education, efforts are then made to nip the possibility of turning in the wrong direction in the bud to turn juveniles in the right direction.

If the maximum age for application of the Juvenile Act were lowered to the age of 17, many minor and first offenders of the ages 18-19 would be punished by minor offence dispositions or granted a suspended sentence or would not be prosecuted, much less be punished for pre-delinquency. Eventually, there must be a greater risk of such offenders becoming even worse as a result of being returned to society without receiving any disposition or treatment rather than in the case of adults because the offenders are still highly plastic. In other words, lowering the maximum age for application of the Juvenile Act would lead to an increase in crime. Thus, it cannot possibly be said that such lowering is a reasonable step to take for the purpose of ‘protecting society from crime.’

‘Protective Measures’ under the Juvenile Act Are Compulsory Dispositions of Education

People often have the impression that juvenile training schools are institutions for children which are just a little milder than prisons but these schools are entirely different from prisons. Although correctional education is provided in prisons, in terms of the Penal Code, a prison is basically a place of retribution where an offender receives a criminal disposition as a punishment according to the crime committed. In contrast, a juvenile training school is a place of thorough education. When I was a judge, which is my former position, I inspected one session of an education program in which about 10 juveniles of the ages 17-18 sat in a circle and each of them presented themselves. Any presentations that did not express themselves from an objective viewpoint were sometimes severely criticized and some of them even started to cry. Most juveniles who are referred to juvenile training schools are mentally immature and under the influence of their own qualities and the environments in which they were born and bred. There are quite a few juveniles who only look into their inner selves and think about themselves, and how to create a connection with society, for the first time during a juvenile training school education program. I think that such correctional education is much more severe and harder than continuing with prison work matter-of-factly while in prison. In fact, I saw some defendants who had committed a crime again in order to be sent back to prison after having been released to society because they had become accustomed to life in prison, but I never met a juvenile who wanted to be sent back to a juvenile training school again. Education in prison is totally different from school education.

Among those in favor of lowering the maximum age for application of the Juvenile Act, there may be many people who are of the opinion that consideration should be shown for victims by inflicting criminal dispositions on the offenders. However, the existing Juvenile Act has established a system whereby a juvenile who has committed a serious crime is made to receive a criminal trial which can inflict a criminal disposition as in the case of adults, which is a so-called reverse referral. In other words, a juvenile at the age of 18-19 who has caused a serious case is likely to receive a criminal disposition even without lowering the maximum age for application of the Juvenile Act. If anything, as I mentioned, it may have a greater influence that juveniles at the age of 18-19 who remain highly plastic and currently receive protective measures for minor offences or pre-delinquencies will not receive criminal dispositions, not to mention protective measures, as a result of lowering the maximum age for application of the Juvenile Act. Of course, not all juveniles will be reformed by providing them with correctional education in juvenile training schools. About 30% of juveniles return to juvenile training schools despite them all never wishing to return. However, juvenile cases are decreasing year by year in Japan. The number of arrested juveniles (for penal code offences) has decreased by 75% from 1983 when it was at its peak. In particular, the number of such atrocious cases as murders, burglaries, rapes, and arson attacks has dropped to under one-tenth of its peak level in 1960. It cannot be said that all of these results have been produced by the Juvenile Act having functioned well. But it may be considered that the existing Juvenile Act has largely contributed to a decrease in juvenile delinquencies.

Don’t you think it better not to lower the maximum age for application of the Juvenile Act?