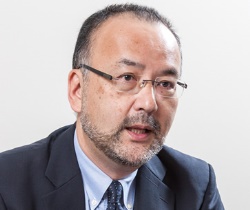 After completing my legal training, I was a judge for 9 years. In that time, I worked on numerous criminal and juvenile cases. Through this process, I increasingly felt the need to pursue research into the theories and principles of my work and I changed fields to join the teaching staff at Meiji University in 2003. Since then, I have been conducting research into criminology, treatment of offenders act and juvenile law. I have had a strong interest in juvenile law especially since my days working as a judge. One particular impetus behind this was the Juvenile act amendment, enacted in 2000. In the case of a crime involving a juvenile, it allows the family court to refer the case to a public prosecutor, who is then able to take legal action in criminal court. Since then, the minimum age of a defendant when referring a case to a public prosecutor has been reduced to 14 from the previous 16 years old with the Juvenile act amendment. Although this is the effect of a toughening of the law, I can’t help but have some reservations about it. Juvenile law is, like criminal law, a system of law put in place to prevent crime as well as to protect society from it. However, while the act of “retribution” performed by inflicting a punishment in criminal law serves to prevent crime, the corresponding principles behind the juvenile act are completely different.

The first article of the Juvenile law states “The purpose of this Act is to subject delinquent juveniles to protective measures to correct their personality traits and modify their environment, and to implement special measures for juvenile criminal cases, for the purpose of juveniles’ sound development.” In addition, Article 22 states “Hearings shall be conducted cordially and amicably, and encourage the delinquent Juvenile to introspect about their own delinquency.” That is, Juvenile law and the juvenile court exist for the purpose of rehabilitating and restoring the individual into society. The principle behind Juvenile law is to work to rehabilitate a juvenile who has committed a crime by forcing them to receive education, in order to prevent crime as well as protect society from it. I believe that it is a highly rational ideal if you consider the high degree of plasticity (potential to change) which juveniles possess but adults do not. Movements to toughen the law based on “retribution” cannot be considered to be in accordance with the principles of Juvenile law, as well as regarded as effective for the juvenile, and consequently, the safety of society in general.

There is an increasing trend towards a further strengthening of the Juvenile law. Currently, the proposed reform of the Juvenile law being debated in the legislative council is also moving in the direction of a stricter law. For instance, it is being examined whether to raise the maximum and minimum terms for indeterminate sentences (in juvenile law, a sentence of imprisonment given with no definite period of time set, considering the possibility of the juvenile’s early rehabilitation) which can be imposed on a juvenile, respectively, from 10 to 15 years, and from 5 to 10 years. To put it simply, it is fair to say that the reform is a way of thinking based on “retribution”, its intention being to lengthen the time young offenders are kept behind bars. This is a legislative movement to make the law stricter, but the same trend can be seen taking place in courts. It is difficult to express in figures, but from my meetings with associates in the legal profession, I hear that a number of cases that previously would have seen protective measures such as sending the individual to reform school, are now being referred to public prosecutors with the juvenile being given a prison sentence as a result of a criminal trial. I wonder whether this could be due to the court placing too much emphasis on the act the juvenile committed when deciding upon their verdict. In other words, it can be said that there is a weakening of the view that, in order to curb juvenile crime, we should address the issue troubling the individual, which led them to commit the misdemeanor.

There is a particular point here which I would like to bring your attention. Whether or not crimes committed by young offenders is increasing to such an extent that the toughening of Juvenile law is needed. I don’t want to rely on a “perception of public safety” based on the current state of crime, but instead actually employ statistical means to grasp the real situation. While the number of juvenile arrests for the serious crime of murder was 448 in 1951, the number arrested in 2011 was only 59, in contrast to 4649 rape arrests in 1958, 79 arrests were made for the same offence in 2011. Both figures have fallen considerably. Of course, the dark figure (the difference in the number of cases official bodies are aware of and those actually having taken place) has to be taken into consideration, but juvenile crime is in a definite downward trend. However, regardless of these numbers, the reality is that legislation has shifted toward making the law stricter.

During my time working as a judge I have met many juvenile offenders, and a considerable number of them had experienced abuse at the hands of a parent. There is also data indicating that almost 40 percent of those living in juvenile reform schools have been subjected to parental abuse. Furthermore, there are many young offenders who have experienced bullying at school. These individuals lack a place where they feel they belong. A large number of cases involve criminal groups or organizations who sought young people with these kinds of troubles. A major issue, too, is whether, after coming out of reform school or prison, juvenile offenders are accepted back into their workplaces, schools and communities so they have somewhere they can return to in society. That is to say, to how society can accept them and what sort of environment society can offer them. In the end, a real solution for society can be said to have been reached if a juvenile returning to society can be reconciled in order to return to and live in that society. 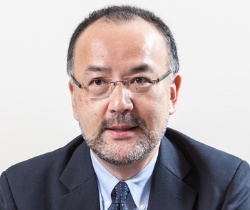 A stricter juvenile law can also be said to be a reflection of the opinions of the victims and of the victims’ families. In fact, organizations of victims’ families are also appealing for stricter laws. However, the reality when looking at the issue from another angle is that society is not extending a helping hand to victims or their families. For example, there is a benefits for crime victims system by which the government pays benefits to victims in order to alleviate some of the psychological and economic burdens they’ve suffered. However, the average amount given to a victim’s family is only 3 million yen per person. The victims and, in particular, their families, are left at a loss, their candle of hope for the future blown out. In light of this, are these people receiving sufficient support from society? Some of these victims were killed in random attacks. You probably don’t think about the possibility that it could have been you, and it’s dreadful to think that other people may have been saved as a consequence of that victim having been attacked. If that is the case, aren’t they actually a victim of society in general, which is made up of you too? We should be building a method or system of society that genuinely considers, supports and helps crime victims and their families.

Tightening of the juvenile law is not simply an issue of legislation. It gives us a true account of what sort of society we are living in today. I wonder whether it isn’t really based on a root principle of wanting to exclude that which is different or foreign from society. Is it really easy to live and belong in a society like that? Is it best for society to separate immature, still developing members of society for the reason that they committed a crime? Rather than putting a lid on something that is ugly, what is needed to break away from that philosophy is to educate young people and, as such, we need society to welcome that method as well as young offenders. A society can never be completely homogeneous. There are many different types of people in this world, and they live together by understanding and respecting each other’s different qualities. By tightening the law, it makes society a harder place to live in. What makes a peaceful society that is easy to live in, which accepts different people and people who have made mistakes? I hope to take a similar legal view into this study in the future.

* The information contained herein is current as of October 2013.
* The contents of articles on M’s Opinion are based on the personal ideas and opinions of the author and do not indicate the official opinion of Meiji University.