Education, the One Thing that Cannot Be Taken Away—Fulfilling the Hopes of Palestinian Refugees

When Israel was founded following World War II, many Palestinians were forced from their homes and ended up refugees. They are still unable to return home. However, they have hope. That hope is education. There is a strong hope that education can broaden the possibilities for the next generation and create a better society, and Japanese in the field of education, too, support projects to make that a reality. 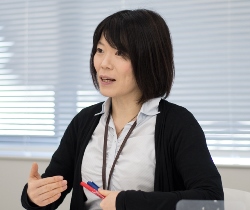 My specialization is educational technology. I view educational technology as the study of problem solving and conduct research to solve various social problems both in Japan and overseas from this perspective. One part of this work was participating in an educational development project tied to the United Nations Relief and Works Agency for Palestine Refugees (UNRWA) for nine years, from 2002 until the start of the Syrian Syrian Crisis in 2011.

The First Arab-Israeli War broke out in response to the declaration of the founding of Israel in 1948, and more than seven hundred thousand Palestinians fled to neighboring countries and have been living as refugees for almost seventy years. Among the refugees are now even third and fourth generation refugees, and over five million Palestinians are living in refugee camps in surrounding countries, such as Syria. Before the Syrian Syrian Crisis, Syria was extremely tolerant of refugees, including Palestinians, and adopted policies that gave these refugees various rights. There are refugee camps throughout Syria, including Damascus, but even though they are called camps, they are normal cities with shopping centers and condominiums, not tent villages. The schools in these camps were clean and equipped with various types of audio visual materials and equipment. Although the children are called Palestinian refugees, most are third or fourth generation refugees and were born and raised in Syria. Because they do not possess passports, they have difficulty leaving the country, but they were permitted to attend universities and start businesses in the country.

Through UNRWA, local Palestinian staff and international staff, who possess expertise in various fields, cooperate in the fields of education, medical care, and relief/social services. I was part of a project team composed of Japanese educational technology researchers and UNRWA staff that developed and put into practice a curriculum for children stuck in the conditions unique to refugees. I considered how to use my experience with education in Japan to solve the problem of children not being proactive because of feeling forced to study, an issue related to education in the refugee camps at that time. Both Palestinians and Syrians have a respect for Japan, which developed into an advanced country following its defeat in World War II, and they know that the foundation of that growth was education. Because everyone wants to learn about education in Japan, they showed extremely strong interest in Japanese education methods and techniques. Using Japanese educational methods and technology as reference, Palestinian teachers created classes and developed various ingenious ways to generate interest among the children. However, local teachers began to feel something was wrong even though they could feel that they were being successful. It had become possible for children to enjoy taking part in the classes, but the teachers wondered if that was enough. For example, the children seemed to enjoy giving presentations on what they had learned and thought, but they did not try to get others to understand what they were saying or search for and examine problems or points that could be improved on by comparing their presentations against those of other students in order to make their presentations better. How could teachers foster deeper learning? Children worked hard to learn what they were told, but how could teachers get children to look and search for questions and solve problems on their own without being told? While pursuing the answer to those questions, the teachers noticed that “not being proactive because of being forced to study” was a problem that not only the children but also teachers themselves faced. If teachers are bound by an idea that something should be done this way or that this is a good class, they stop thinking for themselves and simply do it that way. The important point is for teachers themselves to develop the perspective of looking for ways to improve classes and conducting classes by always creatively expanding that perspective to match the conditions of the children. In this way, teachers create a system in which children take a leadership role in creatively learning and developing, which is one of the major roles of educational technology.

One of these efforts was linking Japanese schools to Palestinian schools via the Internet and conducting learning through international exchanges. Japanese and Palestinian children created picture books and large murals together through exchanges using information and communication technology (ICT). Doing so, Palestinian refugee children came to understand various things such as that much of what they communicated made others happy when they learned it and that they could get numerous different types of people interested in Palestinian culture, which gave the Palestinian children great confidence. In addition, they came to reexamine their own sense of what is normal in order to get people from a culture that they had never had contact with before (Japanese) to understood them. This is an incredibly important experience for them.

In fact, the literacy rate among Palestinians in Syria is extremely high. This is partly because of the high quality of the education provided by UNRWA, but the major reason is because Palestinian refugees value education above everything else. Palestinians have had their homes, families, land, and belongings stolen from them, and they believe that education is the only belonging that cannot be taken from them. Adults want children to live happy lives. They believe that education will make it possible for children to survive in the complex society they live in and make it possible for them to have at least a slightly better future. Palestinian children, however, live in an extremely constrained society—that is, the refugee camp. Because of that, no matter how much they learn, they accept the system of their small society as normal without questioning it. Thus, this way of thinking becomes normal and common sense, making it almost impossible to develop new ways of thinking or acting. Under these conditions, by coming into contact with a different culture, system of values, language, and people (Japan), they reexamined what they had come to think of as normal and used that different perspective and way of thinking to take another look at what was normal. This freed them of the routine preconceptions they had developed in daily life, broadened their future possibilities, and made them aware of the possibilities of what they can do on their own and what they want to do.

Adaptability that grows by accumulating experiences of other countries 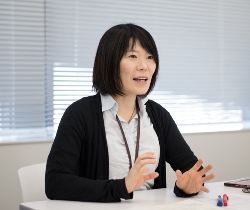 The experience of learning through international exchanges was an important experience for not only the Palestinian refugee children but also Japanese children. For example, Japanese children thought that at school it was alright to ask about anything they did not know, but they came to understand that it is important to think about what they ask Palestinian children. Thinking about the reason for that deepened their understanding of global events and issues and changed their view of the world.

In Japan, efforts are being made to reform education, and this includes introducing the idea of active learning by striving to foster new skills, such as key competencies, important skills stipulated by the Organization for Economic Co-operation and Development (OECD) and needed in the 21st century as we are facing drastic changes. Through actively learning, children try various roles, such as being a speaker, evaluator, supporter, group leader, recorder, etc. In addition, the use of ICT broadens those possibilities even more. When playing various roles, there are situations when the values and ways of doing things children have acquired will not be applicable. In those situations, children reexamine what they consider normal, develop questions, and broaden their perspective and values. In this way, children learn to adapt to changing situations through various experiences with other countries in which their current values and ways of doing things are not applicable. Children discover new things about themselves, broaden their options, and increase their possibilities, and this probably leads to the development of key competencies.

Syria used to be one of the countries that accepted the largest number refugees from regions such as Palestine, Iraq, and Lebanon. Since the start of the Syrian crisis in 2011, however, the country has become the source of the largest number of refugees in the world and has fallen into a tragic state. I am now using my experience related to educational support for Palestinian refugees to help Syrian refugees in Turkey (community development). I am also moving forward with a project that involves Syrian high school students living in Turkey as refugees and Japanese high school students and makes use of ICT. The objective is for students who are refugees and Japanese high school students to learn, grow, and develop together. It is my opinion that education is not only to deepen one’s knowledge and understanding and to make use of what one has learned but also to acquire new perspectives and broader ways of thinking and to create connections with the world and future possibilities. In this sense, the hope of Palestinians that education is the one thing that cannot be stolen touches my heart. I would like to fulfill that hope in various ways using educational technology.

* The information contained herein is current as of February 2017.
* The contents of articles on M’s Opinion are based on the personal ideas and opinions of the author and do not indicate the official opinion of Meiji University.