“Toxic” schools – overlooking the rights of children and of teachers

In recent years, “toxic” environments, in which different kinds of harassment take place, have been pointed out in various areas of society. “Toxic” environments for both teachers and students have also been identified as a major problem in schools, sites of learning. It can be said that the situation is too complicated to be resolved with a simplistic approach.

Schools which are “toxic” for children and teachers

The problem of “toxic” schools is surely one in which most people have a high degree of interest: for parents, it is one which affects their own children, while for society, it affects the nurture and development of those who will take charge of the next generation.

In my opinion, there are two broad categories of “toxicity” for schools.

One is a toxic environment for teachers. More specifically, teachers’ working hours are seen as a serious issue within the broader area of “work-style reform” for employees of private companies and civil servants.

Circumstances arising from a system peculiar to Japan are the initial reason behind this. Under the Act on Special Measures concerning Salaries and Other Conditions for Education Personnel of Public Compulsory Education Schools, a sum equivalent to 4% of the monthly salary is paid as an “adjustment amount” for teaching staff, while no allowance is paid for overtime hours worked.

As a result, since personnel costs do not rise however much overtime teachers work, it becomes difficult to manage teachers’ working hours. We can say that it is no longer possible to rein in overtime.

On the other hand, teachers’ workloads are increasing. Teachers have long been responsible for lessons, class building, responding to bullying and school refusal, guidance counseling, and coaching club activities.

In addition, the burden on teachers is continuing to grow in recent years with the inclusion of moral education as a curriculum subject, for example, and the introduction of programming education. The result is that “voluntary (unpaid) overtime” has become a given.

In part, this is due to a sense that one individual teacher cannot unilaterally refuse to work overtime. However, teachers are probably bolstered by a sense of mission, of doing things “for the children’s sake”, and by the sense of satisfaction gained from their work.

Nevertheless, if teachers are continuing to sacrifice themselves “for the children’s sake” and to work in “toxic” environments, this situation will surely be difficult to maintain.

The second category of “toxicity” in schools is a “toxic” environment for children. So-called “toxic school rules” are a symbol of this situation.

For example, straight black hair and the wearing of white underwear are matters for instruction by schools. Recently, the requirement for children with brown hair to submit a “certificate of natural hair” as proof that they have not dyed it to many metropolitan senior high schools has become a talking point.

Why do schools carry out supervision of such matters?

Explanations given are along the lines of “We face fierce competition from private senior high schools, and so we hope to gain parents’ support through thorough instruction of our students.” However, in most cases, such toxic school rules have not been introduced just recently, but were formerly justified using a different rationale, “in order to prevent the breakdown of order at school.”

There are also some schools which maintain that “thorough instruction of students leads to a track record of success in entering university.” However, such explanations are based on impressions or a narrow range of experience: there is, of course, no data clearly showing a correlation between regulating the color of hair or underwear and a successful track record in entering university.

What, then, should we make of the explanation that “If students are not taught how to present themselves correctly, they will not be accepted by society once they leave school”? In order to think about this, we should perhaps turn our gaze to universities, which are closer to society. As we all know, universities do not instruct their students about hairstyles or dress. Students are free to dye their hair and dress scruffily, but once they start looking for jobs, they make efforts to conform of their own accord. (We also need to think about the nature of a society which makes them conform, but that is another discussion).

We also hear other explanations, such as “There are many irrational things in adult society, so it is important to learn this while at school,” or “If female students wear flashy underwear, male students will not be able to concentrate on their studies.”

However, schools should develop people who can face society’s irrationalities and work to change them, not people who will comply with those irrationalities. Regulating female students’ dress or underwear on the basis that male students will be bothered by it has elements in common with the thought processes that look to women for the causes of sex crimes committed by men.

Such explanations can end up emphasizing that “It is important for students to learn to obey the rules, whatever those may be.”

It is true that obeying rules is important, but in society, we are permitted the right to raise our voices to change rules which we think are inappropriate.

Recently, forcing female employees to wear high heels is being reconsidered due to calls using the hashtag #KuToo.

On the other hand, senior high school students are also taking charge of social movements, such as calling for the cancellation of the Common Test for University Admissions, but it cannot be said that such activities are sufficiently permitted when it comes to the rules about school life which surround them.

Expounding to students that “It is important to become able to follow rules” without giving them a chance to revise these rules cannot be deemed behavior which will develop the future leaders of a democratic society.

The “toxic” environments which are born when we overlook rights

The same problem lies at the root of “toxic” environments for both teachers and children. This is a disregard for the rights of both groups.

Of course, there are mechanisms for discussion in schools. Teachers’ meetings play an important role, and many opportunities are also put in place for children to discuss issues among themselves. Such discussions ought to act as the means for them to protect their rights.

However, the logic of education, of doing things “for the children’s sake,” regulates discussions at staff meetings. In practice, it is difficult for “the rights of workers” to become the framework of the debate.

Situations such as student council activities, too, are positioned as one aspect of education. It can be thought that this weakens their character of guaranteeing children’s rights.

In such settings, children are no more than the objects of education, and are not necessarily respected as individual subjects with rights.

For example, students are not allowed to decide for themselves about hairstyle or dress: the matters discussed are limited to those deemed acceptable by their teachers. Although democratic form can be observed here, the substance of democracy, the ability to state one’s opinions freely about matters concerning oneself and to have these heard, cannot be found.

It can be said that “toxicity” in schools is brought about by a failure to address people’s rights or democracy, which ought to be the foundations of society.

Dissecting the situation, and using this as a basis for thinking of our own solutions 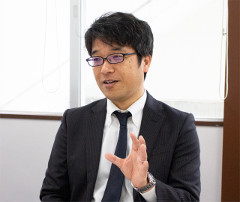 How, then, should we deal with such problems? I think that there are various approaches, but I tackle the issues beginning with a thorough analysis of the forms of discussion between people.

This could probably also be called “dissection.” “Dissection” means looking closely at the structure of what is in front of you. We have a tendency to attach labels and simplify things in order to make them easier to think about. However, there are things which are missed as a result.

For example, we often hear that “Teachers intensify their own work by using the words ‘for the children’s sake’ in their discussions.”

There are some cases, however, in which teachers’ working hours have been reduced while also referring to the idea of acting “for the children’s sake.”

At a meeting where a revision of the time at which students went home was up for discussion, some participants said that they wanted to respond to the wishes of students who threw themselves into club activities. Conversely, other participants said that they wanted to ensure enough time for home study by having students go home earlier, or that, considering safety, students ought to be able to go home while it was still light.

In the end, safety while going home took priority, and it was decided to send students home earlier during a longer period than that in the original proposal. As a result, teachers’ working hours became somewhat shorter in practice.

In this case, each of the opinions expressed has a connection to the words “for the children’s sake.” However, they do not all lead teachers to intensify their work. Nevertheless, it is probably necessary to take note of the fact that, although this was essentially a discussion about work, a debate framed around “workload” could not have any force.

This example shows that the norm of “for the children’s sake” functions in different ways depending on who makes reference to it, and how they do so.

The diagnosis that particular words simply strengthen momentum in a particular direction is overly simplistic. Criticizing these words themselves is unlikely to be very fruitful.

Of course, trying to do such work does not immediately produce discussions based on people’s rights.

Nevertheless, rather than simplifying the nature of the discussion by using familiar words and models, I think that it is important to describe in detail the things which we are doing but cannot explain well, in order to let those directly concerned know about these things.

Promoting this kind of “dissection” is perhaps the first step towards a democratic debate.