The Background to the Right to Vote at 18 and the Functional Decline of Representative Democracy: The Qualities Required of Us as Citizens

The voting age has been lowered to 18. What kind of aims were behind this decision? And will this curb the alienation of young people from politics? On the other hand, as epitomized by the local referendum on the “Osaka metropolis concept,” there is a growing engagement with direct democracy. At this time, we are each being called upon to consider the meaning of indirect democracy.

There Are Problems with the Process 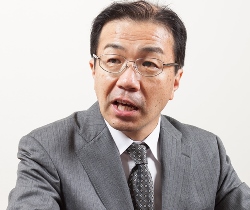 – Recently, the Public Offices Election Act was revised, and it was decided that the voting age would be lowered from 20 years old to 18. What do you think about this?

The revision passed unanimously in the Diet, and from the 2016 Upper House election, the right to vote at 18 will come into effect, but I have basically taken a cautious position on this for a while. At the outset, there are problems with the way in which the debate has been conducted and the process has taken place. Ever since Japan specified in the Meiji Period that “persons shall become adults under civil law at 20 years old,” the system of reaching the age of majority at 20 has been in use, for over a century now. If the age of majority had been lowered to 18, there could be no opposition to lowering the voting age to 18 as a consequence. However, with this revision to the law, the voting age was lowered, and as though pulled along in the wake of this change, adjustments to the ages in adult law and juvenile law will be considered. Rather than bringing about a voting age of 18 as the result of a thorough and healthy debate, it can be thought that this was in some sense the product of a compromise between ruling and opposition parties, as shown by the unanimous vote. I cannot help thinking that the fundamental perspective and debate about whether or not political decision-making ability is present at age 18 were lacking at each stage of the revision process.

The Background: a Declining Birthrate and an Aging Population

– Let’s start at the beginning: what is behind the sudden prominence of the move to lower the voting age?

It has been pointed out that one factor behind this argument is a response to the declining birthrate and aging population. While the proportion of elderly voters among the electorate continues to rise, that of younger voters goes on falling. In such a context, it was argued that lowering the voting age would be one effective means of reflecting the opinions of the younger generation in politics, of giving them even a little more political influence. Furthermore, it was said that this would also be significant for politics and public education. Voting by young people has been sluggish for a while, with the voter turnout among those in their 20s much lower than that in the population as a whole. So another reason was that lowering the voting age and giving young people the chance to participate in elections sooner would create an opportunity for them to take an interest in national and local issues. In addition, there was probably an element of synchronization with global trends. In Western countries, the voting age was lowered to 18 about 40 years ago, and a voting age of 18 is in force in many countries; there are now almost no countries with a voting age of 20. So alignment with what we could call the global standard was another factor in the background.

Will This End the Alienation of Young People from Politics?

– Are these background factors and reasons for lowering the voting age actually valid in today’s politics and elections?

I have no objection whatsoever to the viewpoint of an alignment with the global standard. However, I am skeptical about the other reasons. It has to be said that increasing the political influence of younger people by lowering the voting age to 18 is difficult. The proportion of the electorate made up of those 18 to 19 years old is less than 3%. It cannot be thought that this kind of proportion will change the policies of candidates or political parties. Moreover, we cannot expect too much of an impact on politics or public education. For example, in America, the voter turnout among those between 18 and 20, who were given the vote in the 1970s (the former voting age was 21), is far lower than the level among the electorate as a whole. In other words, it cannot be thought that the recent “right to vote at 18” will suddenly spark off an interest in politics among young people, nor that it will have an impact on the current politics or election climate in Japan.

To add something about America, the lowering of the voting age there in the 70s was closely related to the conscription system and the Vietnam War. In a situation where many young people were conscripted and became casualties of the Vietnam War, it was thought that politics needed to reflect their opinions, and the voting age was lowered. By the way, after America abolished the conscription system and moved to a system of voluntary enlistment, young people rapidly became alienated from politics.

A Growing Engagement with Direct Democracy

– It seems that democratic politics in Japan is changing in a variety of ways, not just with the “right to vote at 18,” but also with the referendum on the “Osaka metropolis concept” which you mentioned earlier. What do you think about this?

Looking at the voter turnout by age in the general election last year, the voter turnout for those in the first half of their 20s fell below 30% for the first time. Those in their early 20s who go to vote have become a minority in their age group. Considering that the nature of a representative democracy is that the legitimacy of the results is guaranteed to the degree that voters participate, we have to say that a voter turnout of below 30% is a matter of grave concern. In a manner of speaking, we are seeing a deterioration of the functions of the system of representative democracy, of indirect democracy; but at the same time, the growing engagement with direct democracy is attracting attention. This phenomenon is taking place in the advanced democracies of the world: for example, the citizens’ referendum on Scottish independence caught the attention of the world. In the 2015 UK general election, the Scottish National Party made great gains.

In Japan, a local referendum was held on the “Osaka metropolis concept in May 2015.” In a referendum, the will of the residents is directly reflected, but in this case, the question was whether or not they actually understood the “Osaka metropolis concept.” By rights, the policy professionals, the politicians who were elected under the system of indirect democracy, should surely have conducted an exhaustive debate. The referenda held about the mergers of cities, towns, and villages in the 90s were valid, but I believe that we have to bear in mind that the choice of a residents’ referendum may lead to a mistaken result, depending on the issue under debate. Moreover, we are witnessing the phenomenon of a decrease in the meaning of elections, which are the root of the system of indirect democracy. A few years ago, large-scale demonstrations were held on Wall Street in New York calling for the end of economic inequality and an improvement to employment, and these garnered attention from around the world: there are cases in which direct actions like demos have greater power to appeal to the world than do elections.

Are Diet Members Representatives of the Nation’s Citizens or of Their Regions? 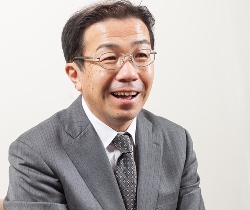 – What do you think about the system of indirect democracy and about democracy itself in Japan today?

What I think is a greater problem with the Japanese system of representative democracy today than the right to vote at 18 is the disparity in the weight of individual votes and the issue this raises of merging constituencies. The Supreme Court ruled that based on the principle of equality under the law, this disparity in the weight of individual votes is unconstitutional. This is a necessary conclusion if we follow the text of the constitution. And in order to rectify this disparity in the weight of votes, there is a debate about merging the constituencies of adjoining prefectures with low populations. Strong opposition has come from the prefectures which would be targeted. There is a structural issue here. The constitution prescribes that Diet members are the representatives of the nation’s citizens. But the actual understanding among residents is that they are sending representatives from their region (prefecture or metropolis) to the national Diet. Are Diet members representatives of their regions, or of the nation’s citizens? In other words, a situation has arisen which calls into question the nature of Japan’s representative (indirect) democracy.

We need to reconsider the meaning of indirect democracy in various contexts, not simply that of merging constituencies. We must continue to make tireless efforts to sustain democracy, and to do the work of questioning whether or not the current situation is in fact a good one. For this reason too, I believe that each of us, as citizens, is required to increase our civic qualities and our political maturity.

– Thank you very much for your time.

* The information contained herein is current as of June 2015.
* The contents of articles on M’s Opinion are based on the personal ideas and opinions of the author and do not indicate the official opinion of Meiji University.