While the preliminary polls for the United States presidential election in 2016 favored Hillary Clinton, it was Donald Trump who won the election. When you take a closer look at this “Trump phenomenon,” you can see the current state of American society.

The rapid social change in the American South 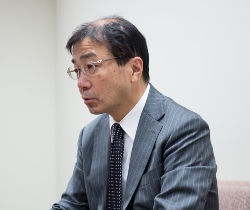 For two years from 2012, I lived in the southern United States. During that time, I witnessed a rapid change in the American society. The outcome of the United States presidential election of 2016 surprised Japan and the rest of the world. Capturing the birth of the Trump administration as an extension of the change in American society instead of as an isolated event in 2016 can provide an insight into this phenomenon.

As a matter of fact, many people in the United States are skeptical about why President Trump, who repeats “outrageous” speech, manages to garner much support. These people are frequently found in Washington, D.C., New York, and Los Angeles—basically the same areas where branch offices of Japanese media, reporting of anti-Trump movements, are situated. In fact, these are the regions that have been strongholds of the Democratic party for a long time, and as such, are more inclined to positively accept liberal values and diversity. Where I lived was a part of the American South, where the Republicans have been strong for the last few decades. People in this area share a noticeable strong critical attitude towards liberalism and diversity. One of the factors is the reality of the rapidly increasing Hispanic population in urban areas. In the apartment complex where I lived, the first words I heard every morning were Spanish. The cleaning ladies were Hispanic. After some exchanges of pleasantries, my wife started holding conversations with them, and in the casual talks she would ask them why they came to the United States, which was responded with a simple answer: “money.” Working from morning to night in El Salvador, their homeland, would only earn them seven dollars. In short, they immigrated to the United States for better income and a better living. In response to the increased inflow of these immigrants, public bus information displays are written in both English and Spanish, and other formalities, such as social security number acquisition and cell phone registration can be done in Spanish.

I have also heard from students that, in the State of Florida, which has a particularly high number of Hispanics, immigrants have no problem shopping and living without English proficiency because many of the shop clerks are also Hispanic. I have been to Florida myself and realized that signs in supermarkets are written in both English and Spanish. Even before political measures are discussed, the society is already catering to the increasing immigrant population. Looking at the demographics, a racial diversification trend is clearly presented, in particular in 2000 and later. According to the U.S. Census, the so-called minority population has increased by 28.8% between 2000 and 2010, and notably 33.6% in the southern region. There are opinions that point out the rapid inflow of these immigrants, particularly illegal immigrants, who are taking over white people’s jobs, as the cause of a rise in the support for Trump’s anti-immigrant policy. That may very well be true. However, the sense of crisis harbored by the white people due to the increasing immigrant population presents another aspect.

The increase of immigrants destroys the American image!?

One of my white American students spoke of an incident where he told Hispanic staff talking in Spanish among themselves at a restaurant, “I can’t understand your English accent.” Thereby he sarcastically said, “This is America, speak English,” to the Hispanics instead of saying it straightforwardly. The increasing number of immigrants who do not try speaking English in the United States irritates and piques the conservative sentiments of Americans. There are quite a few conservative white factions irrespective of generation. And this irritation leads to a sense of crisis that their long-held American image is collapsing. The United States is a very different kind of community compared to what we find in Japan and most European countries. Originally made up of multiple ethnicities, by conglomerating as a nation of English speakers and forming a dynamic society, it has become a global top runner in not only economy, but various other fields. An increase of “Americans” who do not speak English on top of the diversifying racial composition significantly alarms white Americans, shaking up their American roots. This is also apparent in the top voting issues of people who supported Trump in the Republican Party presidential primaries. Among “Immigration,” “Economy & Employment,” “Terrorism,” and “Finance,” “Immigration” scored the highest at 60 points. “Economy & Employment,” which is commonly given as a reason of Trump supporters in Japan, is called as important by only 42%, which is the same response rate the issue of terrorism received. That is to say that the issue of immigration exists separately from the employment absorption or crime issues. Mr. Trump’s “Make America Great Again” message and anti-immigrant slogan captured the conservative American hearts perhaps by answering their sense of crisis that their “exceptional nation” is falling. 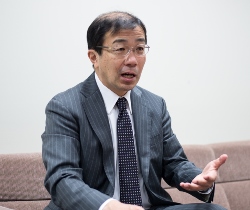 The increasing immigrants also brought a strong sense of crisis to the Republic Party. During the last decade, the American society as a whole shifted in the general direction of liberalism and diversity. Then came the eight years with President Obama, during which the ObamaCare health insurance was introduced and same-sex marriage was legalized at a federal level. The passing of ObamaCare, an anti-Republican policy in the eyes of small-government Republicans, also fueled the Republican Party’s sense of crisis over its dwindling influence. And then, there’s the increasing number of immigrants. The population increase of Hispanics indicates an increase of Hispanic voters. The number of Hispanic voters has risen from 7.7 million in 1988 to 23.3 million in 2012, which is nearly a tripling of the eligible Hispanic vote. Also, Hispanic political consciousness leans towards the Democratic Party. From the current trends of racial diversity, the Republican Party has a growing risk of a diminishing base of support. The Republicans were perhaps increasingly concerned about this. However, I believe that this sense of crisis was reflected in the voting behavior. Why did Mr. Obama, with an approval rating over 50%, struggle that much in the 2012 presidential election? The Republican supporters, with a pressing concern, likely had more incentive to go and vote. While people may say that they support Mr. Obama in polls, whether they actually vote is uncertain. On the other hand, the concerned Republican supporters were more inclined to vote than abstaining. I was in North Carolina during the 2012 election, and while there were more Democratic supporters than Republican supporters, Romney from the Republican Party won more voters. This trend continued to the 2016 presidential election. I think this is one of the factors that played a part in the deviation from the polls that indicated Ms. Clinton’s advantage.

Will the support for the Trump administration continue?

While the American conservatives undoubtedly are very concerned about the growing number of immigrants, the general trend of the American society is definitely turned to liberalism and diversity. The faction supporting that trend is continuously holding anti-Trump demonstrations, and the Trump administration’s approval rating has been below 50% ever since inauguration. In addition, the new regime has been in conflict with the media from the outset, in dispute with the judiciary regarding the immigration regulation policy, and disorganized within the Republicans regarding the ObamaCare repeal. With the midterm elections coming up in a year and a half, the members of the House of Representatives and Senate are closely watching the trends in public opinion. This is a clear example of checks and balances discernibly working in the Trias Politica and the media as safeguard against tyranny. I would like to keep my attention on whether President Trump plays his cards well or will fold completely amid the separation of powers. Additionally, we will be able to see whether the coming of President Trump is a strong swing-back of the American conservatism or just a slight mitigation of the rapid changes in the American society.