In recent years, with the increasing recognition of the value of sustainable development goals (SDGs), more and more corporations have been integrating such goals into their business operations. However, it has been pointed out that neither corporations nor the public understand the essence of SDGs. What, then, is the essence of SDGs?

SDGs are guideposts to save our “present” and “future” 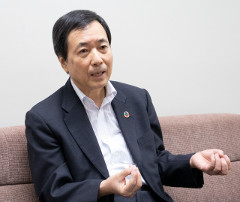 Lately, we often hear the term SDGs being talked about around us. However, it seems that many people see them as only lofty ideals enhanced by beautiful phrases.

The essence of SDGs is instead to serve as concrete guideposts to solve acute problems we may have.

With this understanding, you will be able to see that SDGs can become an integral part of our lives and can also lead us to think about and take actions necessary to us as well as the earth.

Officially, SDGs stand for “Sustainable Development Goals.” However, I view them as “sustainable evolving goals.” In other words, these goals are not something that can change our situation with outsiders’ policies or funds, but are instead something that each one of us puts effort into as a person concerned with our own growth.

Moreover, today’s society is not sustainable, and unless each one of us works together on these goals, there will be no future for us.

This was first pointed out in the “Limits to Growth,” a report published in 1972 by the Club of Rome, which consists of global intellectuals.

The report pointed out that as the global population continues to grow exponentially, the permissible number on this planet will reach a limit and suggested that we think about what we can do before reaching that limit.

In 1987, the concept of “Sustainable Development” was defined by the United Nation’s (UN) Brundtland Commission.

This “sustainable development” advocated the importance of environmental consideration that does not compromise the ability of future generations, as well as the necessity of meeting the needs of the current generation’s poor.

It clarified that “sustainable development” means to work toward solutions for both current and future issues concurrently instead of choosing only one or the other.

Following the UN’s move, the Earth Summit was held in Rio de Janeiro in 1992, where twin treaties concerning the environment, the Framework Convention on Climate Change and the Convention on Biological Diversity were adopted, and the Rio Declaration was proclaimed.

Furthermore, in 2000, the UN established the Millennium Development Goals (MDGs), which aimed to end poverty in particular.

In 2015, the SDGs, which upgraded and replaced the MDGs, were adopted at the UN Summit. The SDGs consist of 17 goals and 169 associated targets, including economic and environmental goals.

As seen above, humankind has steadily embodied the ideas of “sustainable development” and established and shared the specific goals we should aim to achieve.

Meanwhile, unfortunately, the climate change issue is far from being solved, and has fallen into such a crisis situation that a state of emergency has been declared. Although one of the MDGs, to halve the world’s poor population, was achieved, the situation for the people that are still left behind is serious.

We have realized that just continuing what we have been working on is not sufficient to bring an end to this situation. In other words, we cannot save our “present” and “future” this way.

To take a wider perspective and bring forth transformational changes in the entire structure of society, social and economic systems, and human behavior – this is what the SDGs aspire to.

Transformation means revolutionary change in which a shape or form takes on new dimensions.

It also requires changes in social and economic rules. In addition, major changes at both national and global levels are needed in order to build a sustainable and inclusive society. Needless to say, government plays a large role in this. But corporations are, in fact, expected to serve as a momentum for major changes.

Corporations are capable of offering actual solutions to issues required to be solved by involving a variety of stakeholders across their entire value chain through global business.

In reality, more and more corporations have become engaged in or are promoting SDGs with this sense of mission.

On the other hand, there have been cases in which some corporations just ride a fad or end up building a superficial image without understanding the essence of the SDGs and what is required of them.

Such corporations are sometimes accused of “SDG washing,” which points to businesses that use the SDGs to advertise themselves, but do not really take any meaningful actions.

What is required of corporations now is to reframe the significance of their existence in society in the context given above. Each corporation needs to return to its starting point and reexamine its corporate purpose and the significance of its existence. More concretely, they should question their position in society and what role they can play to realize a sustainable and inclusive society.

Every corporation has been responding to all sorts of human needs to contribute to convenience as well as the improvement of living standards. In that sense, there is no corporation that has survived by doing harm to society. However, when they return to their starting point to reexamine themselves, they will be able to see what they should do to contribute to the SDGs from now on.

Corporations should not be engaged in SDGs just to build a corporate image. At the same time, SDGs are not something they must achieve out of obligation and by spending money separate from their primary line of business. The SDGs are the global needs of “present” and “future.” Responding to that call means to seize business opportunities. The SDGs are, certainly, business development goals.

Corporations need to grasp their role and significance in society from a long-term perspective.

For example, when Mr. Paul Polman became the CEO of Unilever, a so-called leader in the use of SDGs, he decided not to publish quarterly results principally because those results could influence management in a way that encouraged erroneous judgments.

Unilever management envisions its corporate status as well as society for the next 10 years, and then 30 years, not for a quarter of a year. Through a “backcasting” approach, they are identifying what they should do now and mapping out business strategies that will connect to the future.

At first, there was concern that shareholders might leave if quarterly results were not published. However, corporate value was increased greatly during Polman’s time at Unilever.

Mr. Alan Jope, who succeeded Polman, also stated firmly that it was not about putting purpose ahead of profits, it was purpose that drives profits. 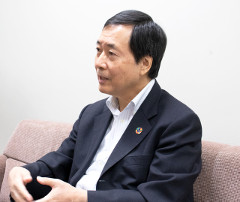 Here again, when I think about what transformation is required of a corporation to achieve the SDGs, I can say it is the restructuring of its business model.

For example, a leading chemical manufacturer in Japan developed and donated mosquito nets infused with insect repellent to curb malaria infection in Africa and other countries. Since these nets had superior performance and were very useful, they received large orders and started selling them at a price almost as low as the cost.

This effort can contribute to poverty eradication, which is a goal of the SDGs.

We are inclined to associate poverty only with financial deficiency such as low income. However, poverty has many facets such as water and food security issues, poor living conditions including sanitation, and medical and educational issues, and these factors are intertwined in a complex manner.
Many Japanese companies are inclined to think they can contribute to resolving environmental problems but are at a loss what to do with poverty. However, there are a variety of ways to address poverty issues.

Malaria prevention is a critical measure in fighting poverty. For this reason, the effort made by the Japanese chemical manufacturer was commended by the United Nations.

Currently this chemical manufacturer has established an internal committee to certify a product line that can contribute to SDGs in an attempt to visualize and expand SDG-related business size.

They are trying to internally establish a new management system for their SDG efforts to formulate new business and growth areas.

Although this chemical manufacturer is one of Japan’s leading major businesses, small businesses can also create new SDG-related business models by utilizing their own unique characteristics.

The important thing is that you need to acknowledge that SDGs provide opportunities for starting a new business. You should not be engaged in SDGs on orders from your supervisor or as a corporate image strategy.

In setting SDGs, as many as 5 million comments were sent across the globe in response to a call for opinions.

Based on those comments 169 targets have been set and they are, so to speak, the concrete goals in which global needs for the “present” and “future” are condensed. In short, they are a collection of valuable clues for new businesses.

In collaboration with the Japan Institute for Social and Economic Affairs, an organization of the Japan Business Federation, I organized a course themed on the “SDGs and Corporate Strategies” at Meiji University. In that course we learned about actual examples of corporate situations shared by guest business people. Because the course attracted a great deal of interest from students, we needed to change the venue to accommodate a large audience.

This indicates that there is a growing awareness among even the younger generation that SDGs involve their “present” and “future,” and are not just the concern of other people. As a university faculty member, it is extremely rewarding to respond to such a level of student interest.

* The information contained herein is current as of November 2019.* The contents of articles on Meiji.net are based on the personal ideas and opinions of the author and do not indicate the official opinion of Meiji University.* I work to achieve SDGs related to the educational and research themes that I am currently engaged in.