The Amendment to the Code of Criminal Procedure came into force on June 1, 2018. It has introduced a so-called “plea-bargaining” system. How does the system work? What is the purpose of the system? And what changes will the system bring about to Japanese society? 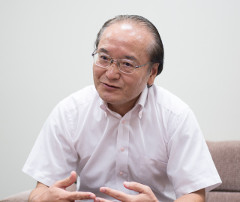 A plea-bargaining system has been introduced into Japan as well. As no such system has ever existed in Japan, I think that it is associated in most people’s minds with plea bargaining in the U.S. which they have got to know through media coverage and movie films. However, unlike the “self-incrimination style” system in the U.S., where the suspect / defendant pleads guilty to the charges against them in exchange for a reduced sentence, Japan’s system adopts an “investigation / trial-cooperation style”, where the suspect / defendant cooperates with law enforcement (the prosecutor) in clarifying the charges against others, and in return, the prosecutor reduces a charge against them to a less serious offense or dismisses certain charges. Only applicable to certain types of criminal offenses including white-collar crimes such as bribery, organized crimes such as organized fraud, crimes related to drugs and firearms, etc., the system newly introduced in Japan is called a Japanese version of the plea-bargaining system. This is because in contrast to its American counterpart whose primary purpose is to cut down on cost and labor required for investigation and trial, the main purpose of the Japanese system is to diversify the means by which law enforcement can gather evidence of charged crimes, thereby bringing main culprits and senior gangsters of criminal organizations to justice. Put plainly, while we refer to both as the plea-bargaining system, the system in Japan and that in the U.S. work differently for different purposes.

The biggest problem with plea bargaining is false statements

While the Japanese plea-bargaining system may serve as an efficient means for law enforcement to expose crimes perpetrated by bribe-givers and takers and those at the top of organized crime groups, which has been hard to do so far, there is a big problem with it. It is that the suspect / defendant may give false statements in an attempt to reduce their own criminal culpability. In fact, in 2003 before the introduction of the plea-bargaining system, an employee of a town hall in Fukuoka prefecture was arrested for a tax refund fraud, and then the town mayor was also arrested based on his statement. Consistently maintaining that he was innocent, the mayor was charged, but acquitted. In a nutshell, he was mistakenly arrested. The fact is that the employee arrested first gave false testimony so as to shift responsibility to the mayor. As a result of the introduction of the plea-bargaining system, where the suspect / defendant who provides information on crimes committed by others can be treated more leniently, there is a risk that false statements ensnaring unrelated third parties in the case may increase. To minimize such a risk, criminal sanctions have newly been introduced together with the plea-bargaining system against persons who make false statements. If statements given by the suspect / defendant are found untrue, the plea agreement will of course be terminated and the promise of a reduced sentence will be cancelled. In addition, they will be indicted and punished for making false statements. The participation of defense counsel in the agreement negotiation process is also said to be helpful in preventing false statements. Nevertheless, many people question the effectiveness of these safeguard measures.

As a matter of fact, Article 38, paragraph 3 of the Constitution stipulates that no person shall be convicted or punished in cases where the only proof against him/her is his/her own confession, in other words that we need certain evidence (corroborating evidence) other than confession. This is also reinforced by Article 319, paragraph 2 of the Code of Criminal Procedure. Even if a person says that he/she did it, he/she may be lying for any reason, or it may be a police-induced confession. Accordingly, in order to prevent wrong judgment, we have laid down principles that we need supporting evidence other than confession. Some have the stance that this provision of corroborating evidence must be applicable or apply mutatis mutandis to statements by accomplices. In that case, statements made in a plea deal also need to be corroborating by evidence. However, as others, including the Supreme Court, argue that it is not necessary to have evidence to corroborate statements by accomplices, there is no established theory on the issue. At any rate, although it is the judge who returns a verdict of guilty, the police can arrest a third party based on statements given by the suspect / defendant. The above-mentioned town mayor in Fukuoka was also arrested based on the allegation by the suspect unrelated to him, jailed for as long as seven months and eventually stepped down as mayor. In order for the plea-bargaining system not to lead to innocent people being arrested by mistake, it is absolutely necessary not to accept what the suspect / defendant says without question.

The system is not always advantageous to the suspect / defendant 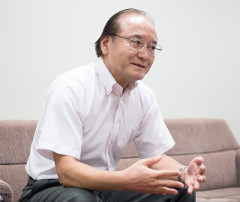 Although we tend to think that the plea-bargaining system is advantageous to the suspect / defendant as long as they have information on accomplices unavailable to investigative authorities, that is not always the case. For example, the court is not bound by plea-bargaining. Even if the prosecutor recommends a lighter sentence in accordance with the negotiation agreement, it is the court that actually determines the appropriate punishment. Of course, the court is notified prior to a trial that the prosecutor has entered into a plea bargain with the suspect / defendant. However, we cannot tell what decision the court will make if a recommended sentence is too lenient, until we see how the plea-bargaining system is operated from this point onwards. Furthermore, the suspects / defendants whose cases have been dropped pursuant to a plea deal could be subject to mandatory indictment by the Committee for the Inquest of Prosecution. In general, decisions made by the committee are considered to prevail over plea bargains. Provision of information by the suspect / defendant in a bid for a reduced sentence could in a way end up in the garbage. Moreover, if the plea falls apart, statements made by the suspect / defendant are not admitted as evidence in their trials, but can be used as a starting point of investigations. This means that, despite the fact that their statements were not admitted and they did not succeed in having criminal charges reduced, the suspect / defendant could be placed at a disadvantage due to new evidence that is discovered by investigations conducted based on what they said. We may have to consider establishing a framework for protecting the suspect / defendant in the future.

Without thinking that the plea-bargaining system is none of our business, we have to care about how the system will be operated from this point onwards

In addition, what I am concerned about is whether the plea-bargaining system is really effective in accomplishing its original purpose, i.e. exposure of organized crimes and crimes related to drugs and firearms. Having attended many trials on charges of drug abuse, I find there is no defendant who reveals the suppliers of drugs, for fear of reprisals. In the case of special fraud, meanwhile, those arrested are only rank-and-file gangsters who, just receiving instructions over the phone, scarcely know who the leader is or what the organization they belong to is like. This is why I doubt the effectiveness of the plea-bargaining system in exposing organized crimes and crimes related to drugs and firearms.

The system is, on the other hand, expected to be effective in unmasking white-collar crimes such as bribery. The Japanese generally feel a heightened sense of loyalty to companies and organizations they belong to, which has sometimes prevented law enforcement from getting to the bottom of white-collar crimes. I also suppose that many people feel uncomfortable about and disgusted with bringing in a “deal” in criminal investigation. In fact, it is illegal to entice the suspect / defendant into confessing by promising a reward of some kind. Following the introduction of the plea-bargaining system, however, trust with and feelings of loyalty to organizations to which people belong, as well as ill feeling toward deals, may increasingly be overridden by self-love. It is likely that Japanese society will be Americanized in both good and bad ways. The point is that even then, people may provide not only true statements but also false ones.

Perhaps many ordinary citizens think that they have nothing to do with organized crimes or crimes related to drugs or firearms. However, when it comes to white-collar crimes, they might actually get involved in one in some way or other. There is no guarantee that they will never be named as an accomplice by someone within the company or by a business acquaintance who was involved in acts of bribery. In order to prevent people from making such false allegations, and to prevent investigative authorities from taking them at face value and repeating mistaken arrests, it is necessary for us to care about and monitor how the system will be operated from this point onward without thinking that the plea-bargaining system is none of our business.

Note: In July 2018, the media reported Japan’s first plea bargain case. Although I do not mention it in detail here, I think the case has highlighted problems with the plea-bargaining system. It is believed that we need to discuss the requirements for application and the scope of application of the system, including the issue of dual liability referred to in the recent case, so that the system will be operated in an appropriate manner.