The South China Sea Arbitration handed down a severe ruling against China, which had challenged the rule of law without any explanation based on international law

On July 12, the Arbitral Tribunal instituted under Annex VII of the UNCLOS decided, on the case concerning the dispute between the Philippines and China over the South China Sea, that there is no basis under international law for the historical rights that China claims in the maritime area within a Nine-dash Line. In response, however, China expressed its intention “neither to acknowledge nor to accept” this ruling, and the situation seems unchanged. Is it the reality that international law is without effect and powerless?

Court decisions are not a panacea for resolution of international disputes 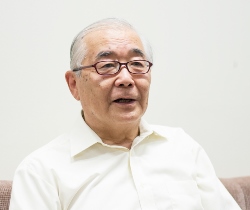 Most likely, international law is not very familiar to the general public, and not many people understand what it really is. In a nutshell, it is law that mainly regulates the relations between States. It is not compiled in a codified form, like the Japanese Compendium of Laws, and it consists of treaties and agreements concluded between States, and of customary international law as well. In combination, they regulate various matters such as States’ territories, their jurisdiction to regulate and enforce laws, diplomatic relations, conduct of war, order of the ocean, fishing rights, human rights, the global environment, etc. The very basis of international legal order resides in the mutual respect for the sovereignty of States and their continued existence in international relations.

In fact, there is no unified law enforcement organ in international law, and no courts with compulsory jurisdiction as in domestic legal order either. Many people might think it cannot be a law. Although they might be right if the concept of law is defined only by reference to domestic law models, in which law ensures social stability by punishing violators of the law, it is easier to understand if international law is taken as a tool for efficient diplomatic communication. Most disputes among States are not expected to be resolved through court decisions, and the first step for conflict resolution is to facilitate diplomatic communication by using the concept of international law and established rules, which enables States to understood more precisely and correctly each other’s willingness and to share views on the core issue to be resolved. This is one of the major functions of international law, to induce a compromise between conflicting interests of States in dispute.

Since international law is primarily a communication tool to maintain States’ interdependence and cooperation, rather than a tool to administer justice at all costs, while it is important that States should comply with rules of international law, at the same time, it is not enough to keep international order as according to the predetermined rules. As there is no legislative organ of its own in international society, it also has features that new concepts are introduced by States to cope with the change of international circumstances caused by the advancement and innovation of industries and various technologies, which makes it keep changing. For instance, in the late 19th century, with the progress of industrialization, needs for a stable and reliable system of international communication became recognized and the Universal Postal Union and Telecommunication Union was established. For the purpose of transmitting information safely and freely beyond States’ borders, the traditional Westphalian system of territorial division by States’ borders and sovereign prerogative of States in their domestic matters needed to be superseded. Postal and telecommunication services came to be acknowledged as international public services that could only be achieved by making territories of States functionally united as one whole.

The United Nations Convention of the Law of the Sea has introduced an exclusive economic zone (EEZ) for which coastal States have sovereign rights within a maritime area of 200 nautical miles from their coasts. The move towards expansion of functional jurisdiction of coastal States began when U.S. President Truman claimed the exclusive right of the continental shelf on the coast of the United States, and declared the coastal States’ control of exclusive jurisdiction to protect coastal fishermen in 1945. In those days when there was no concept of continental shelf nor of exclusive rights of coastal States to control foreign fishing activities beyond territorial seas, the unilateral declaration of Truman could have been regarded as a violation of the conventional freedom of the high sea. However, as the concepts of continental shelves and EEZs were accepted by other countries over time, culminating in their adoption in the UNCLOS, they are now recognized as generally incorporated into the international customary law. Once a new international law is established, it becomes a diplomatic tool for communication, and when a dispute over a fishery within the 200 n.m. zone arises between States, the States concerned can conduct diplomacy and negotiation on the basis of these concepts.

As seen in this example, it is difficult to state exactly the time when what is unlawful becomes lawful under international law and when the exception becomes the rule. This is because all States have a right to propose a new law, while at the same time complying with established rules of international law. Of course, when a State unilaterally proposes a new law, it does not necessarily become recognized as a new concept and result in creation of a new international law. In making a new proposal, it is important to make sure that the proposal is reasonable and not selfish, or that it is likely to have general applicability for other States and acceptable to the international community as a whole. 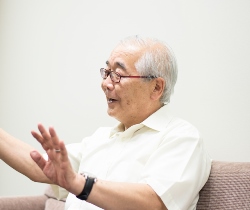 In the North Sea Continental Shelf Cases, where West Germany, Denmark, and the Netherlands disputed over the delimitation of the continental shelf in the North Sea, in 1969 the International Court of Justice decided that the delimitation should be realized by agreement to reach an equitable result, and that the States concerned should negotiate with sincerity to reach a compromise. Since the conventional concepts of equidistance did not enable the countries to agree on an equitable solution, the Court introduced and clarified a new principle, the equitable principle, and directed the parties to the disputes to negotiate in good faith in accordance with the principle. In accordance with the Court’s order, the negotiation between the parties was resumed and the parties finally came to an agreement.

As seen above, international courts on occasions issue a ruling that leaves an option, which may not necessarily be applicable in other cases, but can be accepted by all parties in a case before it, while taking into account expectations of parties and special circumstances of that particular dispute, and thereby avoiding issuance of a decision which has no possibility to be complied with by either party.

In the ruling for the dispute over the South China Sea, however, the Court expressly decided that all the claims of China “have no legal basis and violate international law.” This may be because China was absent from this trial although it is a party to the UNCLOS, which provided for the compulsory jurisdiction of international courts. China has not given any account for the so-called “Nine-dash Line” it claims. Although China seems to claim the Nine-dash Line as showing the territorial scope of its historical title, a historical title has never been recognized in international law, while it has been recognized only in relation to the vicinity of coasts and adjacent waters. Thus, China needed to explain the Nine-dash Line based on a historical title, which is a concept nobody understands, in terms of international law, where a clear concept has already been established. Do they claim the territorial rights to islands inside the Nine-dash Line, claim the Nine-dash Line as their territory or something like an exclusive economic zone, claim the monopoly on the mineral resources in the sea area, or claim other historical rights within the line? Neither the international community nor the Court understands what China is trying to realize with the Nine-dash Line. Without any such understanding, the Court was not able to issue even a negotiation order, which left the Court no alternative but to issue such an exceptionally definitive ruling. If China had exercised its accountability to make the Court see and understand the intention of China, a feasible ruling acceptable for both China and the Philippines could have been issued.