Does globalization make people free? Does it jeopardize identity?

In the wake of the recent global events, including the Brexit vote, neo-liberalism in the US, and the rise of right-wing politics in various countries, there has been talk about “globalism gridlock”. In Japan, globalization has been generally described simply as “a good thing” or “the only direction to move in”, as represented by the slogan “Go Global”. However, as everything has a dark and a light side, globalization has both positive and negative aspects. It is therefore worth reexamining both what globalization is and whether globalism (globalization as the best way forward) is really effective.

Can you tell the difference between globalization and internationalization? 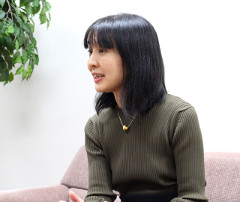 To begin with, we need to understand the basic idea of “globalization”. It is a situation and phenomenon in which we think about various things on a global scale, not on a nation by nation basis. On the other hand, “internationalization” is concerned with international relations. Globalization and internationalization seem similar at first glance, yet they are quite different. There are many cases that these two concepts may be confused and used unconsciously in Japan.

Occasionally we hear an expression like “Speaking English makes you an internationalized individual who can succeed in global society”. Likewise, globalization of politics and globalization of the economy are often confused, and “globalism” is discussed in various phrases while its definition remains ambiguous.

Taking advantage of such ambiguity, some politicians manipulate public opinion through the media. Take President Trump for example. Under the “America First” policy, he often insists that his anti-global policy is for the sake of people at the bottom of the heap of social disparities. He repeatedly appeals to the interests and emotions of people who desire to change their lives for the better by manipulating public opinion with skillful rhetoric : “Ever-increasing immigrants are stealing your jobs” and “If American companies do well, it improves the American economy and people also gain financially”.

On the other hand, as a businessman Trump has close connections with millionaires and the management of large corporations, and this is obvious considering his winner-dominated administration in a global society. The words and actions of President Trump give us a glimpse of his logic that uses the public sentiment claiming anti-globalism. At the same time, his logic ultimately allows for current “winners” to make profits. His approach seems aimed at directing people’s disbelief in global American corporations outside of the country by intentionally creating “enemies outside”. In political matters, he maintains the nation’s independence on anti-global or national grounds. In economic matters, he keeps other countries and even American people out of the way global American corporations do their business.

Considering President Trump’s stance, I cannot help but feel the importance of clarifying the subject of discussion by separating the political and economic aspects of globalization.

Logic of global corporations occasionally conflicts with that of nation-states

In Europe, ambitious attempts at regional integration such as the establishment of the EU and the introduction of a common currency, the Euro, have been promoted. One of the major objectives of the EU was to raise the international competitiveness of the whole EU and create European standards by abolishing tariffs and ensuring freedom of movement within the EU’s borders for EU citizens, and to have a greater voice against superpowers such as the United States, China and Russia. Although, together with Germany, France has played a key role in the establishment and development of the EU, French citizens remain suspicious of extreme movements of regional integration.

In 2007, the ratification of the “Treaty establishing a Constitution for Europe”, aimed at political regional integration, was rejected by referendum in France, which had been the driving force behind regional integration. This incident made a major impact on the world. The introduction of so-called “EU standards” has also spread its influence in different ways. One example is that traditional manufacturing methods of local specialties, such as processed meat products and cheese, have been required to make “improvements” towards “hygienic manufacturing methods” by following EU standards. French citizens have voiced strong opposition to such standardization, which may threaten their cultural identity.

On the other hand, in the midst of the rapid globalization of the world economy, French global corporations moved their manufacturing operations to China and other South East Asian countries to maintain their international competitiveness and reduce labor costs. This resulted in declines in the northern industrial area of France and the loss of many jobs.

As seen above, the logic of global corporations at times creates conflict with a nation’s obligations to ensure a stable livelihood for its citizens. In fact, global corporations do not necessarily return their profits to the “citizens”. The collapse of the middle class due to economic globalization widens economic disparities, and erodes citizens’ livelihoods at their foundations. Such phenomena are occurring in every part of the world. This is an issue to be shared and discussed not only in France but also globally. It may sound contradictory, but regional integration in Europe, in a sense, may be an attempt to establish “closed=partial” globalization. Naturally, this is not globalization in a true sense as there exists an outside world. The question here is : Is there an outside world for globalization in the generic sense? Considering the large number of alienated people, even globalization in a generic sense may seem to be “closed=partial” globalization.

In a nation like France, which is based on social democratic values, people seem to have the idea that the government should be “big” even though it is facing a variety of difficulties. A nation should promote dialogue with its citizens and secure a sufficient budget for education and welfare. In other words, the French people share the value that the government should place greater weight on the welfare of each citizen than to guarantee the free economic activities of global corporations.

For example, French commercial airline staff often go on strike. Although users complain of inconvenience and inefficiency, they ultimately approve of the strike, acknowledging the right to strike to demand an improvement of compensation for each person. French people are strongly aware that it is the citizens=citoyens (who are involved in public affairs) who monitor politics and so they often let their voices be heard in an attempt to steer the nation. You may get a glimpse of the national character of the French people in the “yellow vests” movement, which has been occurring across the country since the end of November 2018 to protest against the raising of fuel taxes.

In Japan, there is too much media coverage focusing on sabotage and the violent actions of demonstrations. But in France, protests and demonstrations are considered a legitimate right of the citizens. It should be noted that, as a result of the fuel tax protests, President Macron has offered opportunities for dialogue to find common ground and conceded to maintain unchanged fuel taxes for the time being.

A world of diverse locals : Toward global thinking from different angles

In 18th-century Europe, an ideology called cosmopolitanism once became popular. To give an example, Voltaire, a famous French intellectual, frequently advised the powers that be as typified by the then enlightened despots that, in the near future, a leader will be required not to watch over only on his own territory, but to have an identity as a European citizen. In the opinion of intellectuals of the time, it was vital to nurse and gain an identity as a European citizen, in order to make an end of the constantly occurring wars, and thus to bring about world peace (the “world” at the time was effectively synonymous with Europe).

On the other hand, Jean-Jacques Rousseau from the Republic of Geneva, a neighbor of France, criticized such an idea as a pipe dream. Rousseau’s claim was that to have an identity as a European citizen is nothing more than words on paper for most people, and intellectuals see things only from the perspectives of the elites. People should first be led to have love for their communities. The brotherly love, which is a specific implementation of love for the neighbors, forms the basis for everything. Persons in authority should make it a priority to let people have a patriotism and a national identity as a citizen. During the early days of nation-state formation, Rousseau, coming from outside of France, was an intellectual possessing a perspective of commoners. These factors make his claim very unique. Rousseau saw things from a perspective that was not based on common knowledge or the perception held by the elite. He had a broader point of view, and a deeper insight into the silent majority. Rousseau was an important figure among the intellectuals of Paris, the center of politics and culture in Europe; yet he had the viewpoint of a commoner from the remote canton of Geneva. He was a rare individual who could bring in an outside perspective while in the circle of intellectuals.

We often hear that because Japan is an island nation, the Japanese people have only inward-looking views. However, many Americans are also ethnocentric and if we just copy their way, it will be difficult for us to gain a “global perspective”. So, what should we do? The simple exposure to European history and culture as a reference could open many doors of understanding for a person. Europe, in all its diversity, has had a long history of exploring the reconciliation point between the local and the national, and between the international and the global. Training in viewing things from diverse standpoints promotes multifaceted thinking.

Imagine the position of others and willingly take a view from that perspective. Have an “outside perspective” to view your own country objectively from where you are. There are many things you can do to achieve these goals. You can read foreign books and media to find out how Japan is viewed and described. You can also compare other countries’ views on actual issues. We live in an international world which includes a variety of local communities. By accepting this understanding, we may now be required to reexamine globalization from different angles.