In recent years, the development of AI that using big data, as well as its application, has received attention. Image processing especially benefits from a machine learning method called deep learning, through which it has apparently become possible to solve various practical issues.

Various kinds of information are extracted by image processing technology 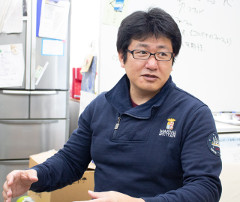 People often associate image processing with the process of modifying, synthesizing, or changing the colors of images. A variety of information can also be obtained from images using this technology.

Although studies to extract highly abstract information from images have been conducted for a long time, the accuracy level suitable for practical use had not been achieved. However, in recent years, with the introduction of machine learning, accuracy has improved drastically.

For example, obstacles avoidance is indispensable for autonomous driving. High-performance sensors, such as LiDAR and RADAR, have made it possible to accurately detect pedestrians and obstacles. This technology has already reached a level that could possibly lend itself to immediate use.

One of the hurdles to widespread implementation of autonomous driving is the price of such technology. Systems required for an autonomous vehicle, such as 3D LiDAR, which determines the distance and position of objects in three dimensions, cost more than the vehicle itself.

In my lab, we conduct studies on autonomous driving that can be controlled only by the information obtained from images, using a common optical camera.

We have now successfully developed an autonomous robot that can reach the destination while avoiding unexpected obstacles once the route to it is set in advance as connections of intersections.

The inspiration for the idea came from the human eye. The human eye cannot accurately determine the distance and position of various objects in the surrounding environment like LiDAR or RADAR. However, a person can detect obstacles on the street, so that he/she can walk without an accident.

In other words, even a simple optical camera can make autonomous driving possible, if it can process images that can determine the conditions of roads and obstacles.

Needless to say, accuracy needs to be further improved if autonomous vehicles are to be allowed on public roads. But image processing technology can be used to build an autonomous driving program at an extremely low cost.

Even simple images can produce the necessary recognition and decisions if the information is properly retrieved from them. As just mentioned, the introduction of machine learning has drastically improved image processing technology.

We are also engaged in research on person identification, based on videos taken by commonly-used cameras. We can retrieve information concerning a person’s gait, the pattern of how a person walks, from the videos.

In fact, even a simple bodily movement, like walking, varies considerably among individuals, depending on how a person moves his/her pelvis, hip joints, knees, and ankles, and how to shift the body weight. These are innate habits.

A person’s gait can be easily determined by sensors attached to various parts of the body, such as joints. However, if the images taken externally can produce the same results, person identification could be even more easily streamlined.

Recently, there was a case in which a defendant under bail smuggled himself out of Japan. This technology could have prevented his escape, even if he had been in disguise. If the defendant were hiding in the luggage, it was impossible to find him directly. But, if the heavy weight of the luggage caused the carrier to walk differently, the peculiarity of the action could probably be detected.

I also believe this technology may be applied to medical treatment.

For example, if someone’s gait is unusual, it could be caused by an unknown injury. There is a possibility to identify it accurately.

The introduction of new technology requires consensus building in society

In Japan, it is not permitted to use security camera footage as data, even for research purposes. It is also illegal to record people on the street at random on video for the purpose of obtaining data. For this reason, research is conducted based on the data obtained from study participants after obtaining their consent.

However, not all countries in the world respect human rights in the same way. In fact, some countries collect extremely large-scale data sets regarding gait.

Although we cannot simply decide if this is right or wrong, one thing is sure: It is crucial to develop consensus in order to establish laws and improve social systems that will accept such technology. The accuracy of new technology also needs to reach a level where it can be put to practical use.

There is no doubt that autonomous vehicles can reduce the probability of traffic accidents compared to human drivers.

But what if an accident happens? Who would be responsible for the accident? To resolve this, a new social system needs to be established with cooperation between technical and legal experts.

This is why consensus building is needed in a society that will implement the use of autonomous vehicles.

The same can be said for person identification technology using gait. This technology could not only be used for actual cases, such as the case in which a defendant smuggled himself out of Japan, but it could also be used to prevent known terrorists from entering Japan.

Should the collection of large-scale data be permitted for research purposes? And when the accuracy of the technology reaches the level required for practical use, can it be successfully introduced to society? These issues require the people’s consensus.

While Japan still grapples with these issues, in some other countries, people on the street are randomly recorded on video to collect large-scale data sets. Based on the data, they advance studies and put new technology into practical application.

In today’s global society, Japan could be left behind.

In addition, having no adequate legal system for these issues can delay the practical use of new technology, and it may even allow this technology to be abused.

Some people take advantage of the situation in which legal systems are not yet put in place for a new technology, and benefit from it – this has commonly happened in the past and may be happening right now.

For example, with the advancement of image processing technology, it has become more difficult for even experts to trace the processing.

Although this is a great stride in technological advancement, it also simultaneously presents a problem. For instance, if the image or video that shows evidence supporting an incident or accident were edited, one might not be able to detect that the original image or video had been tampered with.

If such abuse of the technology occurs, images and videos in general would lose their credibility.

It is essential to develop new technology that prevents exploitation and establish legal and social systems to control such misuse.

Possibility of automated judgment in sports 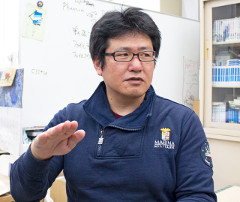 Despite the advancement of image processing technology, you might think it would be difficult to introduce it to society.

But this is not the case. In fact, it has already been used in various fields.

As is already familiar to some audiences, image processing technology provides us with a new way of enjoying sports and is used in sports adjudication.

In various sports, such as baseball, tennis, and golf, we can watch the trajectory of a thrown ball on video. In soccer games, players’ moving distance and playing areas can be tracked and displayed as data. This way, image processing technology can provide additional enjoyment to those who watch ball games.

Initially this system was used to measure and quantify the movement of a player, ball, and bat, so that the data could be utilized in coaching. Today, the utilization of this system in automated judgment is under consideration.

Simply put, this is based on the belief that every umpire’s judgment – such as whether a pitch is a strike or a ball, or whether a runner is safe or out – should be fairer and more accurate.

If this system is permitted to assist in judging, I believe it will be introduced in a variety of other sports.

Automated judgment that uses video has already been adopted in many sporting events. It is thus highly possible that referees and umpires will also be replaced by automation.

Automated judgement can also be used in other score-based sports that are considered to require human judgment, including fighting sports and martial arts. In fact, automated judgment can help increase fairness in a competition, resulting in boosting the competitive level of athletes.

Ballistic tracking systems, initially used for military purposes and image analysis systems with high-accuracy cameras, have been applied to Statcast.

In the same way as autonomous driving technology, if image processing and analysis can be achieved by using a common camera or computer that anyone can easily use, automated judgment will become feasible in games held in small gymnasiums, in addition to large-scale stadiums where professional sports are played.

In order to incorporate these new technologies into our lives, it is especially important for us to take interest in technology development and have an accurate understanding of the potential advantages and disadvantages.

In other words, I think both the introduction of such technology and system design will depend on the awareness or knowledge level of each one of us living in society.