Is it North Korea with its nuclear arms or the Trump Administration that will get reckless?

Many people are concerned that the “New World Order,” created by major countries in the world in the 20 years since the end of the Cold War, is now being disturbed due to the inauguration of the Trump Administration with its focus on its America First policies. We have to keep a close eye on whether the world will fall into an anarchistic state of a “New World Disorder.” 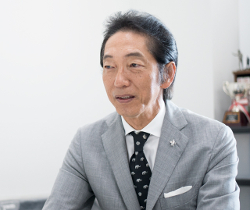 The structure of the Cold War which started just after World War II in 1945 was simple and comprehensible. There was a confrontation between the East led by the Soviet Union and the West led by the United States, and an ideological confrontation between communism and democracy, between socialism and liberalism. However, this structure collapsed after the declaration of the end of the Cold War in 1989 and the dissolution of the Soviet Union in 1991. The major countries then gathered together to bring about a new world order, and strived for international cooperation for 20 years or more. The basic idea behind this cooperation was to create a more liberal and more Open Society. However, the Trump Administration inaugurated in 2017 advocates America First as the foreign policy of the United States which had until that time played a leading role in promoting international cooperation. President Trump declared the US would ignore anything that would not directly benefit the US. A symbolic example was the withdrawal from the Paris Agreement. The Agreement deals with global warming mitigation and is signed by almost 200 countries worldwide. It may be the first time in human history that so many countries united under a single agreement. The Trump Administration announced the United States, which had served as the pivot of international society would withdraw from the Agreement, saying it was not beneficial to the US. His announcement meant the breaking up of the World Order that many countries have strived to establish since the end of the Cold War.

Looking at the world today, China and Russia have stopped hiding their ambitions for expanded territories. Russia is expanding its power in Europe, and is trying to divide EU and weaken NATO. China is expanding its presence in the South China Sea and other waters, and demonstrating its One Belt One Road strategy. This strategy is in fact far from economic cooperation. China seems to be intending to put the entire Eurasian Continent under its influence and is seeking global dominance. On the other hand, Europe has so many problems such as Brexit, the influx of refugees and economic disparities that the EU is on the brink of collapse. In my opinion, it might be difficult to maintain the unified currency system of the euro. Furthermore, in the Middle East known as a global powder keg, Saudi Arabia, once a mediator in the region, started to make its own strategic moves as its confidence in the US is wavering. As a result, Iran and Iraq are also becoming unstable. In the Middle East, we cannot foresee what will happen due to a slight disruption of the political balance.

The French political scientist, Therese Delpech, refers to such a global political situation as the Savage Century. It means that each country is looking out for its own interests. Originally, the world was anarchic and chaotic as it had neither a unified government nor standard rules. This was only changed by the New World Order after the Cold War which was created through the efforts of many countries to bring order out of chaos. Now, the Trump Administration is advocating national particularism, and the world is again in danger of falling into a “New World Disorder.” Meanwhile, historian Arthur M. Schlesinger Jr. argues that American history moves in 30-year cycles between liberalism and conservatism. Applying this theory to the actual political situation, the national particularism of the Trump administration will last for 10 years in addition to the 20 year-period of international cooperation after the Cold War. He also argues that advanced IT has helped shorten this cycle in recent years. In the US, mid-term elections will be held in 2018. Depending on the results of these elections, the US political direction might change early. Such a change will surely have an impact on international society.

Nuclearization is one of the options for North Korea to survive

Although the nuclear development of North Korea is often discussed in the context of the Savage Century, North Korea has long held the intention of acquiring nuclear weapons. Originally, the Korean Peninsula was divided when the Soviet Union advanced into North Korea which had been under Japanese rule at the end of WWII, the United States proposed a division of the peninsula for fear of Soviet occupation of the whole peninsula, and the Soviet Union accepted the proposal. At first, North Korea was backed up by the Soviet Union, not by China. In the 1970s, Henry Kissinger, a former presidential aide once proposed a “cross recognition” where the United States and Japan would recognize North Korea, and the Soviet Union and China would recognize South Korea, but the attempt failed. While the Soviet Union was a reliable supporter of North Korea, it posed no real problem. When the Soviet Union collapsed and North Korea failed to have a good relationship with China which held increasing power, North Korea became so endangered that it had no choice but to normalize diplomatic relations with the United States by obtaining its recognition. North Korea then decided to own nuclear weapons as a means of direct negotiation with the United States. Not even a large amount of conventional weapons would help North Korea win a war with the United States. North Korea is well aware that a country without oil or other energy resources could not win the war. On the other hand, nuclear weapons could protect North Korea from a United States attack, and give North Korea a chance of direct negotiation with the US. North Korea may appear radical but it is sane enough to understand that nuclearization is the best option for its survival. It possesses nuclear weapons not for war but for survival. Nuclearization was the earnest wish of Kim Il Sung and Kim Jong Il, and Kim Jong Un has finally achieved it. Although the Japanese media describes Kim Jong Un as a dangerous person who is too young to restrain himself from being reckless, I believe he is not a foolish leader. For example, Prime Minister Shinzo Abe criticizes as thoughtless his parallel pursuits of nuclear and economic development. Nuclearization saves cost compared to producing a large amount of conventional weapons and enables the military budget to be allocated instead to economic development. In fact, the economic development rate of North Korea is higher than that of Japan which has adopted “Abenomics.”

Rather, we should watch out for President Donald Trump. It is more probable that Donald Trump, described as a seven-year-old spoiled child by the author of his biography, might be reckless. His reckless actions are now being contained by two veterans and H. R. McMaster, Assistant to the President for National Security Affairs, who got rid of Steve Bannon a known white supremacist and his followers from office. Angela Merkel, the Chancellor of Germany also helps contain him. On the contrary, Prime Minister Shinzo Abe argues that talks with North Korea would be wasteful and that Japan might fight with the United States against North Korea. The Japanese media also unnecessarily stirs up people’s fears that a North Korean crisis might occur. That would only fuel the fire and would be unwise from a diplomatic viewpoint.

This summer, I went to the Korean Demilitarized Zone with students of my seminar, and observed the zone along the 38th parallel. The students were surprised to see soldiers from North Korea and South Korea facing each other across the border. There is one tunnel which exists only 52 km north of Seoul, which was said to be dug by North Korea to invade South Korea. When we entered this tunnel and reached the wall that blocks the end of the tunnel, close to the 38th parallel, the students became nervous. The area around the entrance is now a sightseeing spot, which is bustling with many tourists. I took the opportunity to talk to the former editor of a major newspaper in Korea. He said that the level of sense of crisis should be somewhere between Japan’s excessive responsiveness and Korea’s over-familiarity with the North Korean threat. When my students obtained such direct information from the site, they started to consider and study why such a situation occurred, and tried to find an answer on their own. When people actually visit the site, observe the real thing and obtain firsthand information, their curiosity naturally rises, which is something the media fails to awaken. Passive acceptance of information should be stopped. It is dangerous to feel as if we understand the whole picture only by reading information or watching images on a website. The accumulation of such experiences will nurture a sound skepticism of the media, so-called media literacy, the capacity to judge whether information is true or false, and help us to use only the necessary information. There are many problems such as how global trends have changed due to the inauguration of the Trump administration, what they will be in the future, and how the Japanese media reports on North Korea issues. I think that it is important to examine these problems on their own and try to find answers by accessing the correct information.

* The information contained herein is current as of November 2017.
* The contents of articles on M’s Opinion are based on the personal ideas and opinions of the author and do not indicate the official opinion of Meiji University.