I specialize in American telecommunications policy, which I summarized in my doctoral thesis, and also in Internet-based election campaigning (dubbed “Net elections” by the media in Japan), which I have been researching as part of a joint research project. When I was a graduate student, I often found it difficult to explain myself as I was somewhat torn between two different academic disciplines, namely, American politics and the information and telecommunications. However, I find myself as I am now precisely because I went through such a period and completed my doctoral thesis while choosing a research topic true to my own interests. In the field of American political science in which I was trained as a scholar , there are a great number of earlier studies regarding historical research, foreign policies, etc. Among those topics, I have always tried to find an original research topic that suits me the best. Then, partly influenced by my father, who was involved in information and telecommunications policy-making in the past, I have decided to study American telecommunications policy as my specialization, which has not previously been extensively studied in the American political science. Even in contemporary American political studies, the pace of technological innovation is particularly fast in the information and telecommunications policy field, so research studies in the field are always progressing in a “present progressive” manner. Hence, naturally, published materials and data were not sufficient enough to advance my research, so I had to fly to the U.S. frequently and had to spend several years conducting time-consuming research by interviewing people involved in the policy process. However, in the end, it worked very well for me. In the course of my research, I could feel the reality at firsthand based on primary information, and I believe that such excitement is certainly one of the true pleasures of studying a research field that is progressing very much in the present.

Students blossom when they are exposed to academic foundations through classics, etc. 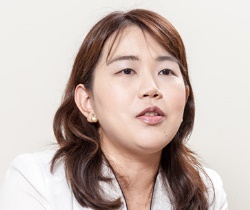 As my research places importance on interview research, the more people you interview, the more clearly you can understand the reality. When you look at things from normal perspectives, a story you heard from someone in one area and another story you heard in another area may seem closed and separate from each other, but when you continue your research for some time, you come to realize that these stories are all organically interlinked in reality, and based on your findings, you can come up with the next research topic. In the same way, new ideas sometimes come to my mind through teaching, meeting and talking with students at university. Particularly, students are interested in “Net elections” as a research topic, and I feel that discussions with the students in lectures and seminars are important occasions where I can get to know the reactions of the young adult generation with respect to “Net elections”. In the first place, I am so grateful that I have been given this opportunity of teaching students on the topic of “Information and Communication Policy” in the School of Information and Communication at Meiji University where interdisciplinary studies are highly encouraged, and I feel that this is the place for me to be able to communicate with students about my unique and original research content. I also feel that the significance of my research becomes further deepened and more interesting whenever I contemplate what sort of information I should convey to the students, who will live in a society where globalization and informatization will advance even further. Students of this department, which tends to attract people who love new things, are generally responsive to information regarding new smartphone applications, new tablet terminals, etc., but they may not be so good at in-depth studies. Therefore, in the seminar for freshmen, I have been trying to train them to be able to put up an antenna for social issues by giving them assignments to compare the tone of each newspaper, etc. Further, in the past, for students who were studious and interested in the media, but didn’t know how to approach the field, I introduced 10 fairly heavy books which were like political classics. One student who read all the books changed dramatically. He became interested in such questions as what are political actors and the structure of policy processes. In my seminar, all junior students are required to write a research paper. The student who read all the books grew as far as to be able to receive an award (an honorable mention) in a student thesis contest in my department. In those days, it was quite rare for a junior student to receive an award in the contest. I said “in those days”, because the following year, another junior student from my seminar received the exact same award in the contest! I have been involved in education in the hope of providing young people who love new things with tools or a “measure” to observe reality in depth by presenting them with a basic academic foundation in my lectures and seminars on Information and Communication Policy.

My proposal is: “Society won’t change unless we continue using tools?”

Here, I have used the term “tools”, and my proposal in this article is directly related to the topic “why don’t we use tools if they are available?” More specifically, with respect to “Net elections”, which is my specialization and became a hot topic when it was introduced for the first time in Japan for the Upper House election in July 2013, I think we should look at the event from the perspective that “it is good that more tools have become available mainly to young people.” As you may know, using the Internet as an election campaign tool had been restricted in Japan. Thanks to a revision of the Public Office Election Law in April, the restriction was finally lifted.However, looking back on the election, people from the media, who came to interview me, often regretfully asked me whether the election didn’t attract as much attention as expected initially. They made such a comment probably because of the low turnout rate for the election. However, if we compare the turnout rate with those in the U.S. and South Korea, both of which have a longer history of “Net elections”, first of all, there wasn’t much difference in the turnout rate in comparison with the U.S presidential election in 2012, although the low turnout rate in Japan might stand out if we compare the result with a particularly high turnout rate observed in the 2012 presidential election in South Korea. Also, practically speaking, the election was held only half a year or so after the new administration took power, and it was also reported that the election would not have much impact on the administration as the administration’s economic policies were receiving a certain level of support from the public at that time. The characteristics of the election in Japan were so different from the presidential elections held in the U.S. and South Korea, in which a change of administration was a real possibility. Maybe because the media kept asking the public “why didn’t Net elections attract much attention” all the time, without deeply thinking about the circumstances, a relatively large number of young people seem out of spirits after the election thinking that “the election didn’t go well as expected,” after just looking at the result of this one election. I can also sense a mood of disappointment from reactions among students I regularly meet in my lectures, particularly among those who are planning to write a graduation thesis on the topic of “Net elections”. However, although “Net elections” has finally become available, which added another new tool to those for election campaigns in Japan, if young people who had high expectations for “Net elections” couldn’t feel any benefit from the new tool and then lose their interest in the tool simply based on a short-term result, this is a serious issue. We have just acquired the environment in which we can use a tool we haven’t been able to use in the past for election campaigns, and we haven’t yet reached a stage where we can put “Net elections” to the test. The true value of a tool cannot be appreciated unless a user continues using the tool for some time and the user’s skills improve to a certain level. When voters have to truly make a big decision in the future, if they cannot effectively use a tool worth using under normal circumstances, it is such a disadvantage to society. Therefore, I believe it is important to continue to use the tool we have finally acquired, which can be used on an occasion where we have a chance to change society. In other words, it is important to gradually accumulate our experience in Internet election campaigns from now on. In order to do so, not only political parties and candidates but also voters themselves have to improve their media literacy.

* The information contained herein is current as of August 2013.
* The contents of articles on M’s Opinion are based on the personal ideas and opinions of the author and do not indicate the official opinion of Meiji University.