The lay judge system is actually incompatible with the essence of justice!?

The lay judge system started in 2009 and this is its 8th year. According to the survey of the Supreme Court, year by year, there is an increasing trend in the proportion of people declining to serve as lay judges, and this is because of the yearly increasing number of days of trial, but is this the only cause? We need to conduct a proper review of the past eight years.

The actual trial period is a burden on citizens

According to the “Implementation Status of the Lay Judge System”, published by the Supreme Court regarding the status of the implementation of the lay judge system, even if being selected as a lay judge candidate, approximately 30 percent of people decline at this stage, and, in addition, approximately 30 percent of people decline at the stage when the notification of the judge assignment procedure schedule is provided. Such declines must be based on legal reasons, but it seems that, at the stage when the notification of the lay judge assignment procedure schedule is provided, the most common reason for declining is that “there is a risk of significant loss if I do not conduct an important part of business myself.” Although it is considered that employees may ask their colleagues to take over their work, such reasons for declining is quite widely accepted operationally. This is because the court generally starts around 10 am and ends around 5 pm, so if someone is selected as a lay judge, they will be restricted to this duty for most of the business day during the trial period. The trial period differs depending on the case. The average actual trial period is 5.3 days, even in the case of a confession, and 10 days in the case of denial. This will be a heavy burden on employees and therefore it may be difficult to be strict about the conditions for declining. In the future, in order to further develop the lay judge system, these operational problems need to be solved. To achieve this, it is important to endeavor toward a deeper social understanding, with not only the power of the courts, but also the cooperation of companies. However, in order to truly realize the significance of the lay judge system, I believe that there are more problems to be solved.

Originally, the lay judge system was introduced to promote the participation of citizens in the judicial process as one of the three pillars of the judicial reform. Article 1 of the Act on Criminal Trials with the Participation of Saiban-in states that the participation of judges appointed from among the citizens in criminal procedures helps to promote the citizens’ understanding of and enhance trust in the judicial system. It is indeed a valuable experience for the citizens who served as judges and may have promoted the understanding of the judicial system. However, has anyone heard about the experiences of the citizens who served as judges? I think probably few people have heard thereof because confidentiality obligations are imposed on judges. For this reason, it is often thought that the citizens who served as judges must not say anything about the trial, in addition to the people around them not being allowed to ask about it. However, the confidentiality obligations imposed on judges are to keep confidential the deliberations and any secrets other than the deliberations obtained in the course of performing duties. In other words, judges must not disclose through what kind of processes the deliberations reached their conclusion, what kind of opinions, citizen judges and professional judges stated, the number of majority votes on the verdict, the privacy of the injured party and any other party involved in the case, and the names of other judges. However, what judges saw and heard in the open court is not included in the confidentiality obligation. So, there is no problem in describing the content of the questioning of witness, the content of judgement, and the experiences and impressions of serving as a judge. In fact, roughly speaking, only 10,000 citizens, out of 100 million voters nationwide, are selected as judges each year. If such a very small number of citizens who served as judges keep all their experiences secret, the significance of the lay judge system to promote the citizens’ understanding of the judicial system may not be realized. Rather, it would reflect the significance of the lay judge system if the citizens who served as judges talked to people around them about their experiences and impressions.

Of course, an explanation should have been provided to the citizens who served as judges regarding confidentiality obligations, as well as matters that can be freely talked about. However, if such explanation is provided using the term “confidentiality obligation”, citizens may feel quite a heavy burden, which will last for a lifetime. Measures should be considered to reduce the feeling of this burden. For example, there is an argument where the duration of confidentiality obligations may be fixed at five or ten years. Furthermore, if opinions and impressions can be presented more freely even with respect to the content and progress of deliberations, the citizens’ awareness and understanding of the judicial system will change, which will also lead to easing the resistance to serving as judges.

There are incompatible parts between the essence of justice and democracy 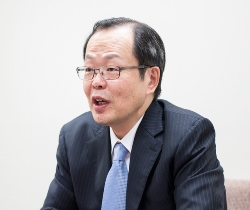 I also think consideration is required for judges to determine punishment. For example, as is frequently pointed out, giving someone the death penalty is hard even for judges who are experts in criminal trials. Is it reasonable to let citizens make this judgement? Moreover, the Japanese statutory penalty ranges are very wide. Even in the case of murder, punishments range from the death penalty to life imprisonment, 20 years, or 5 years. It will be very difficult for citizens to determine which punishment is appropriate. In fact, among judges, prosecutors, and lawyers who are experts in criminal trials, there is a “common sense” legal standard that is the precedent for sentencing and that the standard of sentencing is 70 or 80 percent of the sentence demanded by the prosecutor. Also, there are cases where judges are asked to deliberate on the punishment based on similar cases using the punishment search system. Indeed, the common sense, precedence of legal sentencing standards, may need to be changed by reflecting the sense of citizens. On the contrary, if different sentences are rendered for similar cases, this time, it is hard to convince the accused. Moreover, citizens tend to empathize more with the victim than with the accused and to render a sentence heavier than that imposed in a conventional judge trial. Discussion is needed to determine if it is really fair.

Although the lay judge system seems to have been established without sufficient discussion, the most important role of justice is to protect the rights of minorities. It cannot be a healthy society if everything is decided by majority vote and opinions of minorities are ignored. That’s why the status of judges is guaranteed and they are also in a position to protect the rights of the accused. So it turns out that there are contradictions in the system that reflect citizens’ opinions in justice because the citizens’ opinions are based on the majority logic. To be extreme, in majority voting in a deliberation, if more judges vote in favor than against, a death sentence is passed. Although the death penalty is an extreme example, I wonder if a mechanism deeming the decision by majority vote to be justice is acceptable in the judicial system. The United States introduced the jury system. Basically, juries do not determine punishments, but only judge whether someone is guilty or not guilty. A judgement of guilty cannot be rendered unless it is unanimous. In a criminal trial, there is the rule that states one is “innocent until proven guilty.” In conventional judge trials, there were many light sentences, among statutory penalties, according to ordinary citizens’ opinions. The reason may be due to such judicial roles and ideas. Of course, even so, the judicial system must not be estranged from its citizens. It is necessary to understand that justice and democracy are actually incompatible in some sense and to deepen the discussion.

In this sense, I think it very desirable from the viewpoint of learning the essence of justice that there is a movement to provide legal education in junior high school, high school, and even elementary school. Even in a legalized society, if there was no possibility of becoming a judge in the future, legal education would not be introduced into elementary, junior high, and high school curriculums. For this reason, I do not think at all that the lay judge system is a bad system. It has been just eight years since the lay judge system was introduced in Japan, where there was no culture for citizens to participate in the judicial process. Further discussion should be made regarding the points to be improved. For this purpose, I hope that citizens selected as judge candidates participate in judge trials as much as possible, without declining their duty. The opinions of the citizens who served as judges will deepen discussions to improve the Japanese lay judge system.