Putting War Memories to Use for the Sake of the Future

With war memories, there is a tendency to pass down only the victim side of the story. It is only when we turn and focus on the whole picture, including the perpetrator aspect, that we can begin to put these memories of war to use for the present and the future. In order to do so, it is necessary to utilize not only individual memories but the memories in the local area.

The aspect of war memories missing among Japanese people 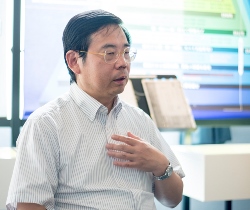 Each year, when August comes around, there are surely many people who call to mind memories of the war. This year marks the milestone of 70 years since the war ended, and so most people probably look back on that time with a variety of thoughts and feelings.

However, if asked whether war memories are being accurately handed down in Japan, we have to say that they are not. Today, this has led to a gap in historical understanding between Japan and its neighbors which has developed into a major problem. Why has this situation arisen? One of the causes is that for those who have experienced war, it is easy to talk about the injuries they suffered, but hard to talk about the ways in which they were perpetrators. In Japan, the ways in which people were subjected to air raids or evacuated, and the devastation they suffered from the atomic bombings, have been passed on to a certain extent to most of the current young generation. However, the kinds of actions taken by the Japanese army in neighboring countries have hardly been recounted, and so those memories have not been passed on. In neighboring countries, on the other hand, memories of the injuries inflicted by the Japanese army are being passed on in the same way as Japanese people are doing with memories of bombings. For us as Japanese, it is important to turn our attention not just to the injuries suffered in the war 70 years ago, but also to the actions perpetrated by the Japanese army. Doing so will bridge the gap with our neighbors regarding memories of the war and form a foundation on which to construct new relationships between our countries, at the same time as becoming a basis for telling the next generation about the unnaturalness and folly of war.

But how can we, the present generation, take on these perpetrator memories, which are the harder to recount the more closely people were involved with them?

Memories carved by history also exist in the local area 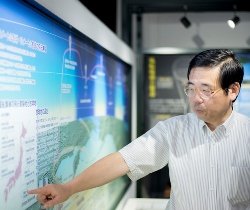 Historical memories passed on from parents to children are not simply events in the distant past, but family stories which feel real. If the perpetrator memories of the war 70 years ago are difficult to hand down as family stories, an effective way of passing them on is to visit places or areas into which memories of the war have been carved. In these places, we see objects or remains related to the war right in front of our eyes.

In the area which currently houses our school’s Ikuta campus is the site on which the defunct Imperial Japanese Army Noborito Laboratory was established in 1937. As this Noborito Laboratory played a core role in clandestine warfare in the Asia-Pacific War, it was a laboratory to which the army accorded great importance. Within our campus, some of these historical sites are dotted around to this day. The defunct Imperial Japanese Army Noborito Laboratory Museum for Education in Peace, of which I am the curator, is located on the southwestern edge of the campus, making use of part of the Noborito Laboratory facilities in their original state. The balloon bombs, weapons using radio waves, biochemical weapons, spy supplies, and counterfeit Chinese bills which were tested or developed here behind locked doors are now on display, as well as equipment that was made ready in case chemical weapons were used during the final fighting on the Japanese mainland. When we see these exhibits which can be said to reflect the dark side of the war, about which those involved rarely speak, we feel for ourselves how unnatural the state of war is, with the potential to sometimes make people lose their usual rationality and humanity.

I feel that it has become hard for the current young generation to understand what the situation of war can force people and societies to do. “If you think war is wrong, you can oppose it,” “You can refuse to go to the battlefield” – such opinions seem obvious nowadays. The abnormal situation during the war, however, in which people were not even allowed to entertain such thoughts, is surely difficult for anyone who did not experience that period to understand. As a historian, and as an educator, I am well aware that it is hard to make the young generation understand this through textbooks alone. For that very reason, I would like us to make use of facilities such as the Noborito Laboratory Museum. Some people who see the exhibits will probably feel anger or sadness at these inhumane weapons, while others will be interested by the highly sophisticated Japanese paper used to make the balloons for balloon bombs, and the high degree of ingenuity and technical skill needed in order to fly them from Japan to America and make them explode there. This interest may lead to thoughts about how to use such technology for peaceful ends.

We cannot say that education which deliberately leads those who study history in one particular direction is correct. Rather than lecturing people that “war is wrong,” I hope that something, however small, will incite a spontaneous interest in the fact that there was war in the history of Japan, and that Japanese people were both victims and perpetrators. By so doing, I sincerely hope that people will turn to look at this reality, understand it, and realize that war is not something unrelated to their lives but something which concerns them and forms the foundation on which the future is built.

In order to learn from history in the true sense

Currently (at the time of writing, August 21, 2015), a security bill which includes the right to collective self defense is about to be passed by the Diet. The rationale is that using military force to come to the aid of an allied nation if it is attacked is the way the world is heading, and that this will not necessarily lead immediately to war. However, is this not a purely hypothetical argument, and a biased and insufficient debate? I would like us to think back for a moment to the situation 75 years ago: the fact that Japan regarded Britain and America, who criticized Japanese military activities in China, as enemies, drew up a tripartite alliance with Germany and Italy, and pushed forward towards a world war to stay in step with these allies. If Japan, isolated internationally at the time, had not formed an alliance with Germany and Italy, it would surely not have started a war with Britain and America. Japan has already experienced the way in which allies can sometimes make a country feel that it can achieve more than that of which it is actually capable.

We are often told to “learn from history,” but in order to do this, it is important to be aware of the way that past history is connected to one’s current self. For this, something is surely needed to spark off an interest in our own history. If it is difficult for memories of the war 70 years ago to be passed down within families, I consider that it is necessary to learn from the history of the area. Many facilities like the defunct Imperial Japanese Army Noborito Laboratory Museum for Education in Peace, which have a sense of reality because they uncover the area’s history, exist around the country. If we can sense for ourselves that we who live now are living in the middle of history, I believe that we will be able to learn from history in the true sense.

* The information contained herein is current as of August 2015.
* The contents of articles on M’s Opinion are based on the personal ideas and opinions of the author and do not indicate the official opinion of Meiji University.