It had been in the news that the Emperor was looking to abdicate, and finally on August 8th, the Emperor himself released a statement. Why the Emperor himself had to make the specific mention of abdication, and why this has stirred up a dispute; let’s look into that from a historical perspective. 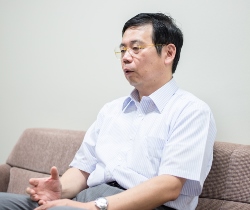 The Emperor’s statement on August 8th was a message seeking the institutionalization of abdication, referring to his concern about the possible stagnation of Japanese society once he falls ill from old age; reminiscent of the excessive “voluntary restraint” experienced during September 1988 to January 1989, when Emperor Hirohito (Showa) fell into a critical condition. It has been nearly 70 years since the institutionalization of the “emperor as the symbol of the state.” As the first “emperor as the symbol of the state,” Emperor Akihito (Heisei) presumably indicated his acknowledgment that what a “symbolic emperor” should be and how an emperor should stand in the modern world had not yet been established, through the multiple references to the term in his statement. In other words, it can be considered that this message came out of his concern that, without entrenching a more current form of emperorship and supporting succession system, the continuity of the imperial family system itself could be compromised.

The current Imperial House Law does not allow for the retirement of an emperor (abdication before death), but this is grossly unnatural, if not inhuman. And if you look at this statement as a message from the emperor as one human being, I feel that it is a manifestation of an unsurprisingly natural feeling. In the public opinion poll, more than 80% of those polled are for the institutionalization of abdication. This is to be expected from an ordinary citizen’s perspective.

On the other hand, there seem to be some opinions that find this statement questionable, opining that the Emperor has implicated the amendment of the Imperial House Law, and has hence made a political statement, which an emperor is barred from making. I say this is unreasonable. The issue of an emperor’s abdication is, in reality, not a case that can be or should be initiated from within the environs. The Emperor’s statement is possibly based on such understanding and is an act arising out of the hope to establish a modern method of Imperial succession during his reign as the first emperor as the symbol of the state. In fact, Emperor Akihito has been communicating his intention to abdicate to his close relations for some time. The Imperial Household Agency has also been reviewing the possibility of an institutional amendment. Nevertheless, there are people who have raised questions over the Emperor’s speech and are claiming that it is a barred political statement. The true intent of these nay-sayers is to uphold the Meiji reign as the standard of emperorship and establish a being like Emperor Meiji, who was the source of national authority. When mentioning the constitutional status of the emperor as “the symbol of the state and of the unity of the people,” their focus is more on “unity” rather than on “symbol.” From their perspective, which idealizes the Meiji era, the current emperor’s statement to befit the modern age becomes a “problem.”

Historically, Emperor Meiji is the exception

Looking back at the history of Japan, there are actually quite a few abdications of emperors. From around the end of the 7th century, emperors often would retire and become the grand emperor (Daijo Tenno). This trend was most prevalent in and after the Heian era and continued until the Edo era. While past imperial abdications do include cases of forced removal from the throne due to power struggles or political pressure, the emperors were, in a sense, able to abdicate with no restrictions. However, the tide turned in the Meiji period; the establishment of a system that positioned the emperor as the source of power and authority of the state had exacerbated the disadvantage of the emperor’s abdication. This was due to the fundamental premise of the founders of the Meiji Government wherein the intention was to prevent the authority and power invested in the Imperial personage from being divided by the emperor retiring to become a grand emperor. This put an end to the abdication of emperorship. It is a measure that inevitably came about with the concentration of authority and power in the person and position of the emperor. Nevertheless, with defeat in the Asia Pacific War, the Constitution of the Empire of Japan was replaced by the Constitution of Japan, and the Imperial Family Law was also amended. This amendment, however, did not change the imperial succession system which was passed on to post-war Japan. In short, the emperorship of Japan is still bound by the mindset of the Meiji period with regards to imperial succession.

Many people may believe that the Japanese emperorship has been consistent and unchanged since ancient times, but history shows that the capacity and standing of the emperor has changed over time. For example, while the emperor is considered sacred and inviolable, associated with the imagery of conducting the affairs of the state himself throughout our recorded history, direct imperial rule was the case only for a limited period in ancient times and during the reign of Emperor Go-Daigo, who set up the Southern Dynasty during the Period of Northern and Southern Courts. Additionally, the emperor has only exceptionally functioned as the embodiment of all sovereign power and authority, even having supreme command, as seen during the Meiji period. From around the Heian era, the direct function of the emperor changed from political to ritual. It can be said that there is a symbolic link with the frequent and increased number of abdications around the same time. During the periods when the emperor did not have substantial political power and authority; that was when the emperor had a certain level of free will to retire.

Male-line succession can no longer sustain the Imperial family 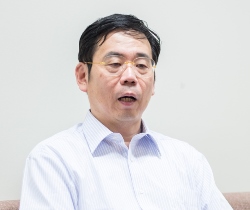 Looking back, the emperorship should have been fundamentally changed in accordance with the times after the war defeat during the Showa period. This includes not only the issue of abdication, but also the male-line succession law (allowing only male descendants of an emperor to succeed to the throne). This provision of the Imperial Family Law runs counter to the post-war gender equality principle and could even compromise Imperial succession. While rarely mentioned, what has made male-line succession possible was the de facto concubinage system. For example, both Emperor Mutsuhito (Meiji) and Emperor Yoshihito (Taisho) were not the offspring of the empress, the emperor’s lawful wife. The Imperial Family has accepted illegitimate children along with legitimate children as successors to the throne, which has helped maintain the male-line system. Furthermore, the five regent families and other noblemen also supported the emperor’s concubinage. The male-line system was only sustainable due to the institutionalization of court ladies as concubines. Can, in today’s world, the Emperor have concubines? It is unlikely that his people will support concubinage. So, in the end, this issue has the same root as abdication. After the Second World War, Emperor Showa issued the Humanity Declaration and became “the symbol of the State and of the unity of the people.” The environment surrounding the Imperial Family, not to mention Japanese society, has also drastically changed. Nevertheless, the structure of the Imperial succession has remained the same and has not been adapted to the current climate, which has led to all of these issues now coming to a head.

Looking across the world, there are countries with queens that occupy the throne, not to mention broader succession schemes. Even in Japan, there have been empresses, not only in ancient times, but also in the Edo period. The male-line succession rule was only reinforced during the Meiji period. Back then, the Emperor had supreme command and took on a militaristic role. In place of Emperor Yoshihito (Taisho), who was too ill to ride a horse and had to review the troops from a carriage, Prince Hirohito (later Emperor Showa) served as regent and reviewed the troops on a white horse. This is a well-known anecdote; the appearance of the royal successor raised troop morale and heightened Imperial popularity among the people. Perhaps a male emperor was suitable for this age. But is it for the present day?

Our current image of the Emperor is in fact shaped mostly by the Imperial model of the Meiji period. And there are now people who consider a being like Emperor Meiji to be the ideal model. For instance, the constitutional amendment bill proposed by the Liberal Democratic Party includes the sovereignty of the Emperor. But this is not the Meiji period. Creating an institution that goes against the times will always result in tensions. Taking a global view, we can see royal families that have been driven to abolishment by the people when they continue with backwards policies. The Imperial system of Japan has, since ancient times, sustained itself by adapting to the times, free of power and authority. After the war, the Imperial Family and the people flexibly accepted the change in the status of the Emperor brought by the new Constitution. Ever since, the Imperial system has remained stable. Returning this to what it was before the war not only puts the Imperial system in jeopardy, but also ossifies the Emperor and the Imperial Family in a dehumanized environment.

In this sense, the Emperor’s statement was a significant addition to the discussion. We should now contemplate what the post-war and 21st century Japanese Imperial system should be and establish a suitable institution through the amendment of the Imperial Family Law.