Computer programming education will become mandatory in Japanese elementary schools from academic year 2020. While many people expect that this will be an important step in the nurturing of future programmers, it has been pointed out that even if excellent human resources are developed, this will only result in an example of putting the cart before the horse unless the environment surrounding the IT industry in Japan changes. 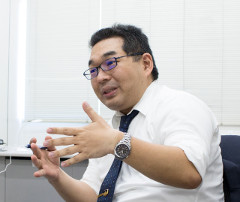 For example, 72% of SEs in India, which is known as an IT superpower, graduated from information-related departments. In the U.S. it is 44%. Why is the percentage so low in Japan? One of the reasons may be that there is a tendency to place too much priority on the development of hardware and less importance on software in Japan. Or, maybe it is believed that you can learn the knowledge required to work as an SE after joining the workforce.

In fact, however, one needs to learn an enormous amount of specialized knowledge to become a leading SE. For example, I hear that it is not unusual for students majoring in computer science in U.S. universities to find student life very hard; taking classes from Monday to Friday with preparations and reviews, and then working very hard on assignments including writing papers on Saturdays and Sundays. I suppose that without this hard work, it would be difficult to work as a software engineer (system engineer in the U.S.) in IT companies in Silicon Valley.

In Japan, on the other hand, there are many SEs who are incapable of writing a program even though they are called an SE. Actually, SEs in Japan are required to cover a wide range of matters in addition to technical ones. In any case, a survey revealed that Japan will face a shortage of 370,000 IT human resources by 2020. I dare say that this should be viewed as a shortage of excellent IT human resources, not merely a shortage in the overall number of resources.

From that viewpoint, it would be great if students become interested in programming in elementary school, and more and more of them major in information-related courses in the future while maintaining a high level of motivation to pursue it. It is our responsibility to further develop their abilities.

As the term “programming education” has become common far ahead of its actual implementation, people may have the impression that “programming” will be added into the school curriculum as an independent subject. This is incorrect. Programming will be taught as part of the existing classes such as arithmetic and science. As stated in the announcement by the Ministry of Education, Culture, Sports, Science and Technology, the purpose of introducing programming education is to train students’ logical thinking; programming is a means of achieving this.

Some elementary schools have plans to use educational software to teach programming on PCs or tablets, while other schools intend to use analog devices such as cards to teach the concept of programming.

However, the teaching content will rely heavily on the teachers in each elementary school, and this will increase the burden on the teachers, in addition to the burden of teaching English which will also become a compulsory subject around the same time. Because of this, I am concerned about whether the teachers can adequately provide the education to train students’ logical thinking through programming. It will be indispensable to provide elementary school teachers with some kind of care.

Meanwhile, some people have an aptitude for programming, but others do not. For example, when I give training sessions on programming in companies, some participants quickly acquire the skills to write a program but there is always someone who cannot write it even after completing all the sessions. This may be similar to the fact that a student who can run fast in a physical education class is a natural-born fast runner, and that there is always a student who cannot improve their picture drawing skills no matter how much you teach them in art class. I think some degree of aptitude is necessary for programming.

I have no idea how programming will be actually taught in elementary schools, but consideration needs to be given to support those students who have difficulties understanding programming. At the same time, it is important to encourage and support those students who can quickly understand programming or those who show an interest in programming to learn more in order to further develop their abilities. Although education in Japan tends to place importance on overcoming each student’s weaknesses, priority should be given to developing students’ strengths in programming education.

As I mentioned before, students in the U.S. study very hard. One of the reasons would be that knowledge rapidly becomes obsolete in the field of IT compared to other fields. For example, there are well over a hundred books on Java, which is one of the programming languages, and it would be difficult to use Java correctly unless you had read and understood at least dozens of these books.

However, the life expectancy of a programming language could be only around 10 years in the fast-changing world of IT. Many programming languages that currently exist such as Java, C, Python and Ruby might well be replaced by new languages. Every time a new language is created, you need to carefully read its specifications and correctly understand the characteristics of the language.

I think it would be a good idea to establish a system in Japan which allows those elementary school students who have an aptitude for programming to receive IT-related education on special advanced courses. In fact, some countries are already considering introducing such a system. 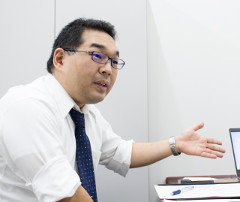 Another concern related to programming education is that the environment where SEs can fully demonstrate their abilities has not yet been developed in Japan, even if talented SEs are developed. I suppose that students in the U.S. study so hard because they will be able to earn income according to their ability.

I hear that it is not unusual for a high starting salary to be paid to a newly graduated software engineer in Silicon Valley. That can be a real incentive to motivate the students.

In Japan, on the other hand, the starting salary for SEs is not high. Students who graduated from information-related departments and those from other departments can all become SEs, and there is no big difference between them in their annual salary. Under these conditions, students will not become motivated to pursue a career as an SE.

In recent years, some IT companies have dropped the simultaneous recruiting of new graduates and have started to make some distinction in starting salaries according to the abilities of each student. I hope this tendency will become pervasive.

Another problem lies in the business structure of the IT industry in Japan; a pyramid structure in which the orderer is at the top and the SEs who take charge of the practical work are at the very bottom. This is caused by an insufficient number of SEs in the company which receives an order directly from an orderer. The reason why the company does not have enough SEs is that it is risky for a company to hire the sufficient number of SEs necessary to meet the peak demand period as regular employees, since Japanese law strictly regulates the dismissal of regular employees.

Since the company does not have enough SEs, it allocates tasks to its affiliated companies or other companies when it receives an order for a large project. This results in the formation of a pyramid structure in which the SEs in charge of the practical work lie at the very bottom of the pyramid. The orderer is at the top, way above the SEs, and in companies in the middle of the pyramid, there can be “SEs” who are incapable of writing a program. SEs will not get motivated to work under these circumstances.

I hear that a similar structure used to exist in the U.S. but it rarely does these days. This is probably because work progress will be delayed if multiple companies are involved in one project, and also that regulations on the dismissal of employees are relatively loose in the U.S.

The IT industry is a so-called winner-take-all world. Putting ideas into shape as quickly as possible is crucial if you want to be the winner. To achieve this, a series of steps from idea to market is performed quickly in a style known as agile development.

I would have to say that Japan has fallen behind international standards in its IT human resource development and in the business structure of the IT industry. Although Japan has finally begun to make efforts on human resource development, it should also simultaneously promote structural industry reform. Otherwise, the gap with world standards will continue to expand.

However, in recent years, there have been a growing number of offshore development projects. Originally, offshore development aimed to reduce costs by requesting development from IT companies in countries with lower labor costs. We now know that the technical capabilities of SEs in India, China and Vietnam are definitely not low, and in addition that the labor costs are lower there. Or, the reason for the increasing number of offshore development cases is not merely the low labor costs overseas but rather the so-called bridge SEs, who are well versed in the business practices of both Japan and the foreign country, directly connecting the orderer in Japan with the local SEs in the overseas country. This style of business will be free from the problems created by the pyramid structure mentioned earlier.

If that is the case, the IT industry in Japan will be faced with serious problems in the future if no structural reform is carried out. Overseas IT companies will break down the Japanese language barrier, and exceptionally talented human resources developed in Japan may flow out to Silicon Valley in order to gain incentives.

* The information contained herein is current as of October 2018.* The contents of articles on Meiji.net are based on the personal ideas and opinions of the author and do not indicate the official opinion of Meiji University.