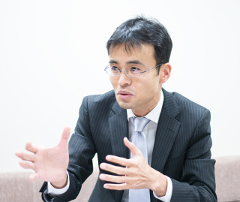 Article 20 of the Labor Contract Act enacted in 2013 prohibits employers from establishing unreasonable disparities between the working conditions of employees under fixed-term contracts and employees under indefinite-term contracts, such as so called “regular workers”, due to the former having a contract with a limited term. Since the introduction of this Article, more fixed-term employees have brought lawsuits to the court seeking equal treatment. There are cases in which verdicts have already been delivered in district courts as well as high courts. In some cases, the court decided partially in favor of plaintiffs, while in other cases claims of plaintiffs were mostly rejected. Further, there are cases in which the district court and the high court reached completely opposite decisions. What has caused these differences in the court decisions? Article 20 does not prohibit employers from establishing different working conditions between fixed-term employees and indefinite-term employees. It prohibits employers from establishing “unreasonable working condition differences” between them. Therefore, a court decides whether differences between the working conditions of fixed-term and indefinite-term employees are unreasonable or not. However, it is not easy to envisage in advance whether the court will decide alleged differences are unreasonable. Let us look at actual court cases as examples.

In contrast, in the “Metro Commerce Case,” most claims of plaintiffs were rejected. In this case, the fixed-term employees working in kiosks at subway stations sued the company, claiming that there were “unreasonable disparities in the basic salary, bonuses and other allowances between regular workers and fixed-term workers.” The court comprehensively scrutinized the working conditions of wide range of regular workers, which may have affected the court’s verdicts. In March 2017, the Tokyo District Court decided most differences between the working conditions of the two modes of employment were not unreasonable because there are substantial differences between indefinite-term and fixed-term employees in contents of duties, the extent of changes in the content of duties and work locations.

In the “Japan Post Case,” the court also decided the differences in working conditions were not unreasonable for allowance while working outside the workplace, early morning allowance, holiday allowance, summer and year-end allowance, late-night allowance, outside delivery allowance and skill allowance for office work. Further, while ruling in favor of the plaintiff over payment of some allowances, the court ordered Japan Post to pay the plaintiff 80% of year-end and New Year holiday work allowance and 60% of housing allowance provided to regular workers. In other words, the court recognized non-payment for some of the allowances as unreasonable disparities, however, it did not consider it necessary that the same amounts should be paid to fixed-term employees to address the unreasonableness. It is truly difficult to predict on what grounds the court decided which matters were reasonable or unreasonable. 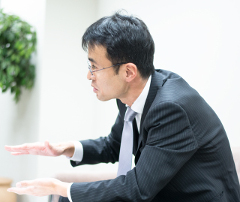 If the court decisions like the above continue, companies may take the step of changing the working conditions for all their indefinite-term employees so that different working conditions between the two modes of employment would not be recognized as unreasonable by the court. On the other hand, Prime Minister Abe promotes “Equal Pay for Equal Work” and aims to pass “the work style reform” bills through the Diet. It is believed that the bill will require a company to explain reasons for establishing different working conditions for indefinite-term and fixed-term employees. However, current salary system of each company has been determined by considering various conditions and situations of a company. For example, names of some allowances correctly reflect the real purposes of such allowances, however, others are introduced with an aim to pay designated amount to their employees, and names of such allowances do not reflect the real background and intentions. The new bill will mandate a company to explain the objectives of each allowance without regard to why and how they were introduced in the first place. It will not be an easy task for a company. In this sense, the bill will encourage companies to undertake reforms.

Further, the term “Equal Pay for Equal Work” might be misleading. The bill does not aim to create the system in which a company must pay equal pay for equal work at any time. It prohibits employers from establishing unreasonable differences in treatment between “regular workers” and “non-regular” (part-time, fixed-term and dispatch (temporary) workers. In this aspect, the bill is in accord with Article 20 of the Labor Contract Act. As the past court verdicts indicate, it is difficult to decide whether differences in treatment amount to unreasonableness. Some courts may reject demands claimed by fixed-term employees etc.. In reality, whether the established differences in treatment are unreasonable or not will be decided case by case, depending on the details of each case. Even though one court may rule against one company with the decision that an unreasonable difference in housing allowance was practiced by a given company, such decisions will not always apply to all companies who have differences in the provision of such allowances between the two modes of employment.