Recently, we often hear the term “longevity risk.” In general, this term often refers to retirement funds, but this is not the only risk. Such a society with longevity averaging over 80 years of age is unprecedented in human history; therefore, research into its risk has just begun. 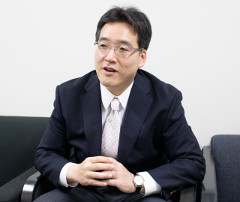 In Japan, about 95% of people have lived to be 60 years old or over, and the average life expectancy for both men and women has exceeded 80 years. Long life is gratifying news, but on the other hand, it is often associated with longevity risk.

The term often refers to retirement funds, but in fact there is another great risk in terms of health, not only a finance.

For example, even though you save money hoping to enjoy hobbies and sports after retirement, you may not be able to enjoy such a life if you become sick or injured. What is even worse, you may end up using your savings to pay medical expenses.

In other words, the financial and health aspects are interrelated, not existing independently.

Considering this, preparing for old age from a perspective of health is important in addition to saving money for retirement as some people start to do while they are young.

For example, there are what we call lifestyle-related diseases such as stroke, heart disease, diabetes and many other diseases that are caused by the accumulation of an unbalanced diet and other daily lifestyle habits.

Longevity risk can be greatly reduced if onset of such diseases is prevented by paying attention to lifestyle at a young age.

However, it is difficult to live your present life with a rational outlook for the future while still young. Accordingly, various social systems have been established in different countries.

For example, in Nordic and other countries, the government makes decisions and enhances preparation for old age, instead of expecting spontaneous actions from individuals.

Their social security systems are generous, but the tax burden such as consumption tax is significant in order to implement such systems.

The burden on the working generation is very heavy, but the government takes care of the preparation for the future, so you do not have to prepare anything by yourself. This kind of system is called a paternal system.

On the other hand, the United States emphasizes individual behavior.

For example, in the United States, individuals are expected to be covered by private medical insurance. So, even when you are sick and call an ambulance, the first thing you are asked will be whether you have medical insurance, and if you do not, your request may even be refused.

That means if you do not voluntarily decide and act to take out health insurance, you will be vulnerable to risk.

However, some people cannot afford health insurance owing to their low income, even though they decide to have it. Such people are admitted to ER (emergency room) if their condition is in a serious state, but it is actually difficult to save them.

These medical insurance systems may be the reason why the average income of the American people is very high, but the average life expectancy is very short.

There are systems which lie somewhere in between these two poles.

For example, in the Netherlands, the government arranges work for individuals according to their educational background and other information. Whether or not to take the job is up to each individual, but if you decide to accept it and start working, pension contributions will be withheld from your salary to be accumulated.

In addition, the work is part-time, and you can take several jobs at your convenience. In other words, you can decide the amount of work you want to commit to at your own discretion, so that you can maintain a satisfactory level of life for the present and prepare for the future.

This type of structure to create a system to stimulate individual judgment is called nudge. In other words, the structure makes an individual conceive a future image that is difficult to reasonably foresee and intervenes to give a little push to achieve it.

Thus, each country has various systems according to its own culture and history. As the world’s most rapidly aging society with a declining birthrate, which direction should Japan take and what kind of system should it build?

The analysis of longevity risk has just begun

Many developed countries around the world are facing an aging population and a declining birthrate. Among them, Japan is 15 to 20 years ahead of other countries. That is, what Japan is currently facing is a situation that humans are experiencing for the first time.

For this reason, researchers in the insurance field around the world are paying a great deal of attention to Japan’s response.

In reality, however, there is not enough data to design a system that works well in a society with an average age of over 80 years.

For example, I previously mentioned that there is an interrelation between the financial and health aspects of longevity risk. But, in fact, there is no accumulation of data on the health of elderly people, therefore this is a very new frontier.

To be more specific, it is still difficult to estimate the vulnerability to disease or the probability of simultaneous occurrence of diseases of elderly people. Also, there is not enough analysis on the changes and differences between those who developed lifestyle-related diseases due to neglect of health since a young age and those who have been maintaining good health by continuing a regular lifestyle.

Therefore, it is not possible to correctly understand the mutual relationship between human health, which changes depending on lifestyle, and finance as a longevity risk and what impacts the former has on the latter.

Of course, without waiting for such an analysis, people will face the longevity risk and take action to prepare for it.

On the other hand, along with identifying the meaning of risks so that they can withstand the analysis, we as researchers construct mathematical models and other tools to analyze how people should take preventive action. We also use experimental economics to measure individuals’ perceptions of the future, preferences, and attitudes toward uncertainty.

In other words, one of our leading topics is to study what decisions people can make and how they can prepare in the face of uncertainty about the probability of risk.

We believe that utilizing this knowledge will lead to policy recommendations and reflection in the field of education.

Think over the future and think about current behavior 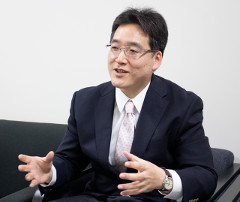 As an educational program that encourages young people to think about the longevity risk, I believe that using a classroom experiment method will be an effective approach.

For students, the longevity risk is 50 or 60 years ahead, and it is hard to imagine how to prepare for it.

So, in the classroom, we create a simulated experience of risk like a simulation game and discuss what we need to do as preventive action. We believe such programs will lead to an effective nudge.

The bottom line is that it is important to think over your future position and situation and to retroactively think of what you should do now and make decisions based on it.

So, if it is difficult for you as a member of society to think about it by yourself, just think about elderly people who are close to you or whom you have seen locally or on the golf course. Look at this happy elderly person and imagine what actions he had been taking when he was your age to have a happy life today. Then, you will see what you need to do now.

Once again, Japan is on the path to unprecedented social circumstances in human history. Obviously, we cannot rely upon the conventional pension and insurance systems in this aging society with a low birth rate.

As it is still difficult to build a new social system that functions in such a situation, it is important for each of us to find happiness that suits ourselves and take actions to achieve it.

Another possibility is that a social environment will be improved to include elderly people in their 70s and 80s in the workforce. There may be a clue in the measures that are taken in depopulated areas across the country.

In a society where elderly people can continue working comfortably, the value of being healthy will increase, and the perception of longevity risk may change. We place high hopes on and are giving great attention to this possibility.