Intelligence studies: how can we bring about a “balance” between security and rights and freedoms?

Put in extremely simple terms, intelligence studies is the academic field which considers “the appropriate nature of the system involving intelligence agencies and others related to a country’s security.” Britain’s MI6 and America’s CIA, as seen in movies and TV dramas, probably come to mind for many people; many others may feel “this is talk of a world that has almost nothing to do with me.” However, the question of how to construct such systems is a topic which potentially affects the lives of ordinary people like us.

“Intelligence” means the system which supports decision-making about security 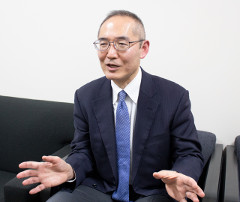 “Intelligence” is generally used as a word indicating “knowledge.” However, in the field of security studies, it is defined as, for example, “the knowledge product derived from the analysis and processing of information provided to policymakers in order for them to make judgements about issues of national security,” or “the process which produces such a product.”

In other words, we can say that it is “the system which provides an objective analysis in order to support a country’s top leader, such as a prime minister or president, in making judgements related to security.”

That may sound a little difficult but, for example, it plays a function similar to that of the “weather forecast” with which we are all familiar from daily life.

Most of us need to decide each morning “Will I take an umbrella with me today or not?” However, it is difficult to make an accurate judgement simply by looking at the state of the sky.

However, if the experts at the Meteorological Agency analyze this meteorological data (raw data) and tell us the probability of rainfall, it is easy even for ordinary people like us, who are not experts, to make an accurate judgement.

In the same way, when it comes to a nation’s security policy, however able the leader may be, it is extremely difficult for him or her to make accurate judgements based solely on raw data, so to speak.

Let us consider a fictitious example in which a news report that “North Korea has launched a missile” reaches the leader. He or she cannot make a judgement about how best to respond “blindly.” In order to make an appropriate judgement, the leader first needs information about “what actually happened (e.g. whether the missile launch is a fact; if so, whether the missile was a short-range missile or an intercontinental ballistic missile; where it fell; etc.)” (confirmation of the facts).

Moreover, analysis of “why such a thing took place” (background analysis) and “what kind of thing could conceivably happen from now on” (future prediction) is also necessary. The tasks up to this point, which is to say, “evaluation of the situation,” are the work of the intelligence section within government.

In addition, based on this evaluation of the situation, it is also necessary to lay out several policy options which the government could take (e.g. military retaliation, diplomatic dialog, waiting to see how the situation develops) and the merits and demerits of each of these policy options. This part is the work of the policymaking section within government (in Japan, the National Security Secretariat of the Cabinet Secretariat).

It is only after going through this process of “evaluation of the situation” and “policymaking” that the top leader becomes able to make an accurate judgement. The first part of this series of policymaking processes, then – in other words, the “system for providing the evaluation of the situation, etc.” which becomes the basis of the “policy proposals by the policymaking section” and the “judgement of the policymaker” – is what we mean by intelligence.

In this way, intelligence is a system essential to national security policy. Saying that “intelligence functions are unnecessary” is the same as accepting that the policymaker (leader) makes judgements concerning significant policy decisions in terms of security “blindly,” without evidence.

When it comes to the organizations responsible for carrying out this intelligence, most of the general public probably think of the UK’s MI6 or America’s CIA. In Japan, too, there is a group of various organizations involved with intelligence work, known as the intelligence community.

In concrete terms, the principal members are the Cabinet Intelligence and Research Office of the Cabinet Secretariat, the Ministry of Defense, the Ministry of Foreign Affairs, the National Police Agency, and the Public Security Intelligence Agency. However, in Japan’s case, for historical reasons, intelligence structures and functions are small-scale and limited compared to those in developed Western countries such as the UK and USA. 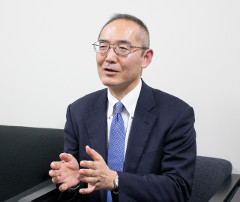 One of the fields of intelligence which attracts the attention of the general public is terrorism. For example, attention is drawn to intelligence functions in contexts such as “Is terrorism prevention as thorough as possible in preparation for hosting the Olympics?”

In the past, terrorism in the developed countries of the West, in particular, terrorism by Islamic extremists, has mainly been “group/organized attacks by professional terrorists trained in and dispatched from places such as the Middle East.” The 9/11 incidents which took place in the USA in 2001 are a classic example of this. Recently, however, this form of terrorism has mainly been replaced by attacks by so-called “home-grown” (people born and raised in that country) small groups or single perpetrators (lone wolves).

It is extremely difficult for intelligence agencies and other security agencies to find out about this type of terrorist acts in advance and prevent them. Potent measures to make absolutely certain that we are safe against this form of terrorism could be thought to include strengthening the authority of intelligence agencies, and introducing high-performance equipment (e.g. the introduction of high-spec street surveillance camera system linked to a facial recognition system).

However, at the same time, quite a few concerns are expressed that such moves might lead to the abuse of authority and the infringement of rights and freedoms.

In America, for example, the CIA and others attempted to strengthen their powers and methods after 9/11 in the name of counterterrorism. However, after this happened, it was pointed out that some of these new powers and methods were suspected of leading to human rights violations, and so they are now under review. In Japan, too, there were demonstrations against the passage of the Act on the Protection of Specially Designated Secrets or that on Punishment of the Preparation of Acts of Terrorism and Other Organized Crimes. Such trends can be considered as manifestations of similar concerns.

The approach often seen in Japan in such situations, now and in the past, is the jurisprudential approach. That is to say, it is an approach aimed at reducing the danger of the abuse of power by adding as many restrictions as possible when passing the legislation which acts as the basis for the granting of powers to intelligence agencies. Needless to say, this kind of approach is important in a society governed by “the rule of law.”

Nevertheless, this approach contains the possibility that intelligence agencies and others may not be granted the full authority which they intrinsically need in order to accomplish their mission of counterterrorism. In other words, this kind of jurisprudential approach alone is liable to become an “either-or choice” between security and rights and freedoms. As a result, it may become impossible to bring about a “balance” between security and rights and freedoms (or both may be sacrificed).

In various Western countries, there are many examples of the use of an approach which aims for a “balance” between security and rights and freedoms, rather than an “either-or choice.” This is done by adding a political approach, which is to say, the provision of democratic control systems for intelligence agencies, to the jurisprudential approach described here.

Put another way, at the same time as granting the necessary and proper powers to intelligence agencies to enable them to carry out their mission, this approach puts in place democratic systems to oversee their movements to ensure that they do not abuse or overstep these powers.

The idea that “by submitting to appropriate oversight by democratic control bodies, a certain degree of legitimacy is given to the exercise of strong authority by intelligence agencies” lies behind this approach.

Some examples of such systems are the Senate and House Select Committees on Intelligence in the USA, and the Intelligence and Security Committee of Parliament in the UK. At present, there is no such system in Japan. We could venture to say that with the implementation of the Act on the Protection of Specially Designated Secrets in December 2014, the Board of Oversight and Review of Specially Designated Secrets set up in each house of the Diet possess functions which partially resemble those of the above Committees.

Since such systems do not currently exist, the discussion would need to begin by considering the issue of what kind of system, in concrete terms, should be constructed. It is not necessarily the case that a particular model is the right one universally. We are required to construct the most suitable model for each country’s social and political characteristics. Such points are an important issue in intelligence studies.

In addition, in order to bring about a “balance between security and rights and freedoms,” oversight systems need not only to be set up, but also to operate effectively in practice.

In order for this to happen, it is crucial that the citizens themselves take an interest in the state of operations of such structures, and participate proactively in these operations where necessary. If the society as a whole declares by its lack of interest that “this is a world that has nothing to do with us,” such systems, even if they are established, may end up as no more than “pie in the sky.”

In other words, we can perhaps say that taking a healthy interest in and participating proactively in the operation of such systems is the cost that citizens themselves ought to bear in order to bring about a “balance between security and rights and freedoms” in a democratic society.