Will humans become free from metabolic syndrome and allergic diseases?

Allergic diseases and metabolic syndrome have become major health issues that human society needs to address. As a possible solution, researchers are looking closely at “tuft cells.” At Meiji University, cutting-edge research is proceeding on tuft cells, a term yet to become a household name.

Only three years ago, their functions began to be understood 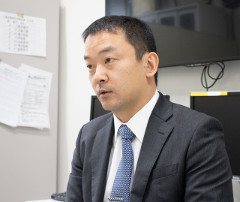 To many, the word “tuft cell” must be unheard of. Tuft cells are believed to be present in many parts of the human body. They were first discovered some 60 years ago, but their functions had not been known until recently.

For example, the small intestine has four major types of cells: absorptive epithelial cells which absorb nutrients, Paneth cells, goblet cells, and enteroendocrine cells. Tuft cells also exist in the small intestine, but in an amount of only about 0.4%.

Three years ago, in 2016, however, these cells that account for only 0.4% were found to act as a sensor against parasites.

Furthermore, the activated ILC2 releases other kinds of interleukin, IL-13 and IL-5. As a result, goblet cells, which produce mucus to protect the small intestine, and tuft cells both increase in number.

In consequence, a positive feedforward loop of increased IL-25 production and further activation of ILC2 is created to promote elimination of the parasitic protozoan.

Protozoans are not the only type of parasite: there are also nematodes and others. Presumably, there are some kinds of receptors against bacteria, too, but they have not been identified. For sure, however, tuft cells are involved in the immune function of the small intestine.

Now, something unexpected happened while our group was investigating consequences of the absence of tuft cells. Indeed, a possible route to a new solution to the problem of metabolic syndrome has opened up.

In a test with mice, we found that knock-out of Skn-1a, encoding a transcription factor, results in complete loss of tuft cells in the digestive tract.

The mechanism behind the results is not yet fully understood. We did find out that the metabolic energy expenditure of the tuft cell-deficient mice increased more than in the normal mice.

There were no significant differences between the two groups of mice in amount of exercise or in body temperature (rectal thermometry). It was clear, however, that the difference in metabolic energy has a bearing on the lack of weight gain.

Accordingly, we investigated the consumption energy-enhancing hormones and found that urinary catecholamine showed an increase in tuft cell-deficient mice, while no changes were observed in serum thyroid hormone.

Catecholamine is the generic name for dopamine, adrenaline, and noradrenaline. In other words, it is a hormone associated with positive emotions and willingness.

It is believed that an increase of catecholamine led to increased lipolysis, elevated ketone body level in the liver, increased thermogenesis in the muscles, and decreased pancreatic insulin secretion. As a result, energy consumption went up and weight increase was inhibited.

We believe there is a good possibility that further elucidation of this mechanism will lead to the development of new therapies for metabolic syndrome, obesity, and diabetes.

Another sign of hope relates to the treatment of allergic diseases. A theory recently gaining popularity is the so-called “hygiene hypothesis” that claims that the modern-day increase in allergic disease cases is due to excessive cleanliness of the living environment and the resulting disappearance of parasites.

Human cells associated with the immune system include Th1 cells and Th2 cells. Food allergy, hay fever, and other allergic diseases are believed to be caused by excessive response by the Th2 cells.

According to the hygiene hypothesis, people are infested by various bacteria and viruses during infancy and have their Th1 cells excited. In this way, a good balance is obtained between Th1 and Th2, which makes the body resistant to allergy.

However, in a clean living environment with little exposure to bacteria and viruses, Th2 remains dominant. Therefore, it may be possible to suppress excessive response by Th2 cells, if the function of tuft cells as an immune sensor can be suppressed.

Research on tuft cells has just begun. Elucidation of the functions of tuft cells in the immune system and their involvement in hormone secretion through the brain would lead to the development of many types of practical applications.

Cautious research is needed because there are no unnecessary cells 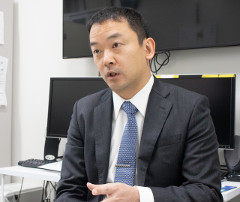 I was initially a researcher on taste. The human tongue has a tissue called taste buds. One taste bud is made of some 50 to 100 cells.

There are five basic tastes: sweetness, umami, bitterness, saltiness, and sourness. Each of the cells in a taste bud is the sensor to a specific taste. A cell receptive to sweetness is receptive only to sweetness and no other taste.

Well, why do we humans have the need to perceive taste? Why do we sense the taste of food and think it’s tasty or not?

For example, we basically feel that a food having an NaCl (sodium chloride) concentration lower than that of our blood is tasty, and dislike a food that has a higher NaCl concentration. We by nature tend to stay away from salty foods and beverages. It is so because we must keep the proper concentration in blood. When salts escape from our body by exercise, for example, we then find salty foods tasty.

Thus, through taste humans sort out what is now needed and not needed for the body. This is one of the reasons why humans perceive taste.

Likewise, other creatures have taste, but its nature varies from one creature to another, depending on the nutrients each requires.

For instance, humans sense sweetness from carbohydrates, but fish do not. Humans sense umami only through glutamic acid, an amino acid. Mice sense it through 20 different amino acids, not just one.

For every kind of creature, taste is a signal for substances that the body requires. Conversely, humans sense bitterness because it conveys the signal of poison, and sourness the signal of rottenness. We sense the signal and decide not to take it into our body.

Over our long history, humans have acquired the wisdom to include bitterness and sourness also into enjoyable taste. However, it may be that this wisdom has impaired our primordial physiological function of taking in only what is needed by our body.

I became interested in tuft cells when I learned through my research on taste that loss of a transcription factor of taste bud cells shuts down the ability of the cells to receive their respective tastes of sweetness, bitterness, and umami and they can only function as a sensor for sourness alone. That transcription factor was Skn-1a, whose loss removes tuft cells.

I keep up with my research out of my ultimate desire to know more about humans. It is a pursuit of unraveling the extremely complex causal links among the presumably 37 trillion cells that constitute the human body.

Not a single cell is unnecessary. Can everyone treat metabolic syndrome and reduce weight by knocking out Skn-1a and removing tuft cells? It is not that simple at all. It will surely give impacts to the immune system and the gustatory system. It is probable that some other systems may be impacted as well. While conducting more in-depth studies on these points, I would like to contribute to the development of preventive and therapeutic treatments of obesity, diabetes, and allergic diseases.