Museums are full of new discoveries and wonderful encounters

In September 2019, Kyoto hosted the general conference of the International Council of Museums (ICOM). The agenda item that attracted special international attention was the redefinition of the term “museum,” which may actually change the shape of museums as we know them. Interestingly, however, this development failed to sufficiently pique the interest of the Japanese public, as it garnered much less media coverage than it seems to legitimately deserve. Why was that?

With over 5,700 museums nationwide, Japan is among the museologically richest countries in the world 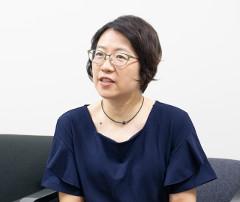 It is estimated that there are more than 5,700 museums in Japan. This number is exceptional in the world given Japan’s population and land area.

As familiar as this number might suggest that they are however, museums in Japan may not actually be attracting many visitors or users. A significant number of museums are often empty unless they are situated in urban areas. “Shuttered museums,” which do not open without prior reservation, are growing in number.

These are due to a number of problems and challenges facing museums in Japan.

Before focusing on these problems and challenges however, it is important for the purpose of context to give some historical background. What we today would most readily recognize as museums in a modern sense first appeared in Japan in the Meiji period (1868-1912), though this does not necessarily mean that there were no such things as museums before that.

In the Edo period (1603-1867), many Shinto shrines and Buddhist temples opened their repositoriums to expose to the public beautiful Buddhist images and other historical objects in a practice known as “gokaicho.” Show tents that exhibited foreign animals such as elephants and camels were popular as well.

In fact, various forms of public entertainment have been provided from time immemorial to satisfy people’s intrinsic desire or curiosity to see something rare or beautiful.

This practice was gradually conceptualized into the “museum” by a series of Japan’s diplomatic missions to Europe from the closing years of the Edo period (1603-1867) to the opening years of the Meiji period.

The missions were overwhelmed by the imposing European museums that they visited, most notably the British Museum in London and the Louvre in Paris. They were impressed not only by the sheer scale of the buildings, but also by the level of high culture and national prestige highlighted by the exhibitions.

As such, Japan’s leadership at the time thought that museums were vital if Japan wanted to be understood and accepted as a civilized nation.

In other words, they considered museums to be facilities that were both suitable and necessary to showcasing the national identity of Japan, thus concluding that the practice of gokaicho would ultimately be insufficient in fulfilling this role.

Coming to this conclusion, the logical question was then: what should be exhibited? The defining answer came when Japan participated in the 1873 World’s Fair in Vienna. For this event, the Meiji Government frantically gathered typical Japanese items from across the country to exhibit them at the Japanese pavilion.

The idea was to showcase the magnificence of Japan by exhibiting what foreigners felt was typical of the country, rather than what the Japanese themselves cherished or considered valuable about their traditions and culture.

The exhibited objects that most attracted the attention of foreigners later became an integral part of the collections of the Imperial Household Museum which was subsequently founded by the Home Ministry, and which is today the Tokyo National Museum.

Meanwhile, the Ministry of Education established a museum aimed at supporting physics and chemistry education in Japan.

The latter museum, formally known as the Museum of Education, was designed as part of the teaching aids for teachers in the early years of Japan’s school education system. This museum later became the present-day National Museum of Nature and Science.

In this way, two types of museums were founded at the state’s initiative in the early Meiji period. Nevertheless, neither was designed to be opened to the general public for amusement or educational purposes.

These museums were unique in their own right. Some of them exhibited collections related to the history and features of their respective local areas. Others presented works of art formerly owned by individuals. At any rate, these museums were places where anyone could feel free to drop by and appreciate what the museums had to offer. Following this tradition, the number of museums in Japan now tops 5,700.

Efforts to broaden the appeal of museums

Has the culture of museums permeated Japan? Not quite.

With few visitors, some local government museums are ridiculed as publicly-funded white elephants.

Part of the blame rests with the museums themselves.

Inadequate budgets, for example, make it difficult to hire curators or other specialists to make the museums more appealing.

Another culprit may be the designated administrator system whereby public facilities can be operated by private-sector entities. Under this system, many museums end up replacing private operators every three to five years, making it difficult to nurture museums from a long-term perspective.

These are structural problems.

Other problems have to do with communication with visitors. For example, overly academic expressions in museum labels may turn many visitors off.

In that case, museums may fail to convey the value and significance of precious exhibits of high historical value, which may all simply end up looking similar to visitors. This may give visitors the impression that museums are dull and uninteresting.

To rectify this situation, some museums now make museum labels more accessible and interesting from the perspective of visitors.

Other museums complement their curators with volunteers in presenting gallery talks.

These are some of the efforts to improve communication aimed at connecting exhibitions and visitors.

Highlighting the aspects and dimensions of exhibits that visitors should look at may give rise to wonder and fun, allowing visitors to develop a greater interest in museums and to enjoy them.

Some museums even invite elementary and middle school teachers to explain how their exhibitions relate to school subjects and how they can be used in class.

Students, who are taught about the content of such exhibitions in advance, are more likely to enjoy museums better when they visit them on field trips and other outings. Rather than just rambling around in the museum, they are expected to learn more about the history of Japan, science, art, technology, and culture from the exhibits.

Other museums offer gallery talks for businesspersons during their lunch breaks.

Remember that top business leaders in other countries are often artistically literate.

In that sense, such gallery talks must be a valuable opportunity for Japanese businesspersons.

And yet, only a few museums focus on such efforts. The fact remains that many museums cannot afford to take on such new initiatives due to a lack of financial and human resources.

It is worth noting, however, that more than a few museums have made various efforts to present quality exhibitions with their unique collections.

In other countries, a system is in place whereby large businesses and lottery funds offer financial assistance for the betterment of culture and art.

Japan should do more to introduce such a system, although it should be pointed out that lottery funds are indeed used for this purpose in this country as well. 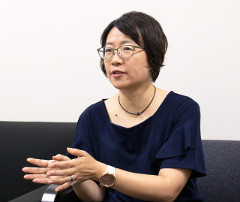 Another reason why the culture of museums is weak in Japan is the low level of attention given to them by the general public.

As discussed earlier, drumming up genuine interest among the broader population calls for efforts on the part of museums. The efforts that they are making however have yet to be adequately known to prospective visitors.

This is not to say that a number of museums have not been taking a wide range of approaches to reach them; their efforts simply seem to have been falling on deaf ears.

At the general conference of the International Council of Museums (ICOM) in Kyoto this past September, a proposal was made to redefine the term “museum” to allow museums to do more to address political issues and global challenges.

Indeed, there are many negative aspects of human history including wars and racial discrimination, and they are clearly affecting international politics today.

In this case, it does not suffice to make past negative events a mere memory. Museums are required to hand down the memory of such events to future generations in order to avoid any recurrence.

Nevertheless, such a definition might mean that small museums across Japan, not least museums of local culture and history, may not be allowed to call themselves “museums.”

Museums in post-war Japan have tended to distance themselves from politics in light of the lessons learned from WWII. Changing this stance may call for civil debate.

To address global challenges, museums, be they large or small, are required to ask themselves how they should engage in the SDGs and other international initiatives to tackle global environmental and other issues.

These are some of the recent developments surrounding museums.

In this process, it must importantly be recognized that it would be a huge waste to remain indifferent to museums, which have the capacity to enrich our lives and provide us with an opportunity to connect with society.

My advice to you is to start off by enjoying museums as they are. If you see a new opportunity to engage in society in the process, it will be worthwhile to think about it and work on it.