Encryption and Digital Signature for Enhanced Security I specialize in Internet security. I was first involved with the Internet in the early 1990’s—the predawn of the Web—at a private sector research institute. Back then, the “Internet” was merely an experimental attempt to connect laboratories to a research network, but I still felt the rush of excitement, envisioning its great possibilities. Even at that time the issue of security was a constant concern; a concern that continues to this day, leading me inevitably down the path of making Internet security the focus of my research after I transferred to a university.

I specialize in Internet security. I was first involved with the Internet in the early 1990’s—the predawn of the Web—at a private sector research institute. Back then, the “Internet” was merely an experimental attempt to connect laboratories to a research network, but I still felt the rush of excitement, envisioning its great possibilities. Even at that time the issue of security was a constant concern; a concern that continues to this day, leading me inevitably down the path of making Internet security the focus of my research after I transferred to a university.

For example, an e-mail encryption demonstration experiment was one of our studies. E-mail is now an essential tool for work and personal life for many people, but the security is not sufficient: there is always a risk of altering, tampering, and impersonation. While spam mail blockers and filtering have been introduced, encryption and digital signature can be more effective for enhanced security. The typical scheme is the S/MIME (Secure/Multipurpose Internet Mail Extensions), which is a communication standard for e-mail encryption and digital signature. The sender encrypts mail with a public key, and the recipient uses the secret key to read the message. Although a digital signature is very effective as a security tool, the complexity of the mechanism is restricting its use in Japan to few applications such as e-Tax. (an Internet-based income tax return filing system)

Act on the Protection of Personal Information: Aiming to Protect the Rights and Benefits of the Individual 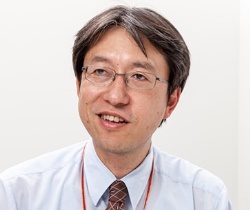 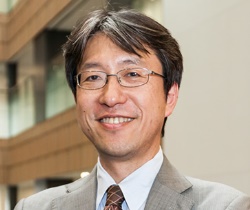 The key point of the amendment on the Personal Information Protection Act is “big data.” “Big data” means, as the name implies, a massive collection of digital data sets that grows day by day. The utilization of big data is expected to broadly contribute to the creation of innovative services and business models, as well as new markets, precise management decisions, streamlining of business operations, or the resolution of social issues. Among these, personal data is considered to have high utility value. In the Declaration of being the World’s Most Advanced IT Nation, which has been approved by the Cabinet, the utilization of big data is spelled out as the key to excel in global competition and the strategic utilization of data as a key promoter of economic growth. The Declaration, in particular, hammers out the aim of drawing power from the private sector to its fullest via the utilization of personal data. By actualizing this, the existing Personal Information Protection Act now became a millstone around the neck of innovation. Under the current law, the exchange of big data may be restricted based on third-person regulation based on the Personal Information Protection Act, thus closing the channel to the effective use of big data.
The amendment of the Personal Information Protection Act is under review against the backdrop of this situation. In other words, this amendment can be said to be reform to promote the utilization of personal data. We will provide specifications for “personal data” that will reduce the chances of identifying an individual, and deliberate policies to deregulate the first-person consent principle when providing personal information to a third person. Furthermore, an independent, third-party organization has to be established as part of the structure developed to swiftly and appropriately respond to issues pertaining to the handling of personal data. The bill will be submitted to the ordinary session of the Diet next year.

Legislation and rule development for the safe utilization of big data is clearly a must, but the technical improvement of security should also be pursued at the same time. When utilizing big data, it is necessary to ensure strong data confidentiality. Technology that can provide that is Privacy-preserving Data Mining (PPDM), one of my research themes.
Data mining is the process of analyzing massive amounts of accumulated data and finding correlations and patterns among data items. PPDM enables data mining while keeping personal information confidential by means of encryption. During the demonstration experiment, the lists of Helicobacter pylori carriers and cancer patients, which are personal data, were encrypted and subjected to cross-checking to examine the relative risk of Helicobacter pylori carriers developing cancer. To put it simply, patient names were kept secret during the analysis of the relationship between the disease and the cause. In this experiment, the probability of Helicobacter pylori carriers developing cancer was 9.7 times higher than that of non-carriers, which was closely in agreement with the doctors’ empirical values. There is already a system established for such medical information that allows relatively easy use provided that it is limited to academic purposes, but no rule has been established for general data use. Once PPDM is put into practical use, data collected by enterprises can be utilized with much ease without compromising the confidentiality of personal information, and it is expected to vastly expand the business possibilities.

An Internet Community without Anti-virus Vendors 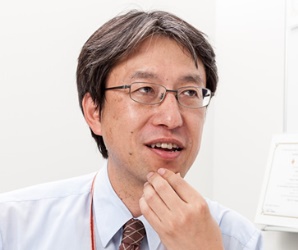 SSL/TLS, one of the protocols for encrypting and transmitting data over the Internet, is highly reliable and has been adopted by many services. Nevertheless, vulnerability was recently found with SSL/TSL. A recent incident of hacking of Bitcoin (a virtual currency on the Internet) exchanges and causing suspension of the business, followed by bankruptcy, garnered much attention—new services are accompanied by new security threats.
There is an authentication system using IDs and passwords for the secure use of online services, but security vulnerability lurks here as well. Using the same ID and password increases the risk of hacking and other unauthorized access. Once systems such as digital signature and ID federation (a system that allows access to services without the proliferation of passwords by means of a unified ID) are established, the Internet can evolve into a tool that people can use securely and freely. Numerous anti-virus vendors exist to ensure Internet security in today’s world—it is my ultimate dream to see the advent of an Internet society that does not need such vendors.

* The information contained herein is current as of May 2014.
* The contents of articles on M’s Opinion are based on the personal ideas and opinions of the author and do not indicate the official opinion of Meiji University.