Take a Look at the Hidden Risk of My Number

The My Number system was implemented in January of this year (2016). There are still arguments for and against it, and the biggest concern is the leaking of personal information, yet there are others pointing out the risk of the My Number system from a different perspective.

Rethinking the Convenience and Risk of My Number 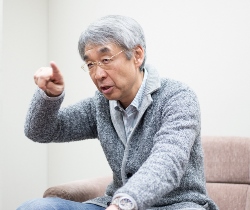 The discussion over assigning a unique and unchangeable number to each individual citizen and using it for various administrative purposes has existed since the time of Eisaku Sato’s cabinet in the late 60’s, and since then, after nearly 50 years of twists and turns, its implementation has come into effect. The purposes and merits of the citizen ID numbers called My Number, as reported frequently in the media, are as follows: to more accurately capture people’s income for fair taxation; to levy and pay out the appropriate amount of cost and benefit for insurance with regard to social security; for individual identification during a major disaster; and for optimizing political administration. The process of submitting various applications at public offices is expected to be simplified.

Conversely, the concern is over the misuse of personal information due to information leak and the surveillance and control of an individual by the state. In regard to information leak, since My Number is linked to address, income information, social security information, etc., the concern is that all of a person’s personal information will be at risk once My Number gets in the wrong hands; in an attempt to avoid that, the government is said to be engaged in a decentralized processing of personal information. Each information category is separately managed by the relevant government agency, and the segment that is linked to My Number is protected with a certain type of encryption; therefore, a single piece of information in the wrong hands will not lead to total exposure. With regard to misuse, there are possibilities of identity fraud with someone else’s number and breach of discipline by the workers who are handling the numbers. In reality, there have been numerous incidents of employees stealing customer information. What is important is for us to keep our numbers private, and the organizations that handle My Number must construct a management system for the employees and maintain the discipline. This problem is not a risk limited to My Number, yet a strict implementation is necessary, especially in regard to My Number.

However, what is more serious, and on top of it difficult to manage, is the problem regarding the surveillance and control of an individual by the state.

Future Function Creep Should Be Scrutinized

Initially, the government had said that the purpose of My Number would be limited to taxes, social security, and major disaster response. However, an announcement has already been made to expand its use. For example, if My Number is linked to medical information, it’ll not only be useful for treatment, but medical information of the patient’s parents and relatives, as well as ancestors, can be examined closely with ease; and by having the knowledge of diseases to which the patient is susceptible, personalized, made-to-order preventive care can be provided. When the purpose of My Number is expanded, only the merits, like the above, are advertised, or sometimes an announcement is made discreetly so as to avoid attracting attention. The act of adding further uses to an information system other than those it was initially intended for is called function creep, and it is important to be cautious about the addition of new function or expansion in use, especially for the My Number system, which is accompanied by concerns over invasion of privacy.

Japanese people tend to associate privacy with personal information and personal life. However, privacy as a concept can include various things. For example, the decision of a married couple to have, or not to have, a child is related to reproductive rights; therefore, it belongs to a privacy (decisional privacy) issue regarding a personal decision. The act of instructing the contents of a meal through preventive care can be construed as an invasion of decisional privacy of deciding how to treat one’s own body. The privacy researchers overseas have looked at the issue of restrictions on an individual’s privacy through function creep and are in a discussion about how to control this. However, there are hardly any discussions like it in Japan.

A Common Understanding is Necessary Regarding How to Protect What Privacy 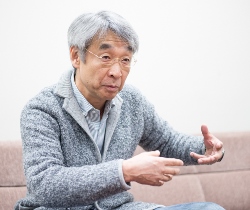 Within the discussion of the use of My Number leading to an invasion of privacy, there aren’t any arguments about what kind of society is to be built by protecting what privacy in what way. There is not a Japanese word equivalent to the English word privacy, and because the Japanese understanding of the word “individual” is different from that in the West, the concept of privacy itself and why it’s important for a society to protect it are not well understood in Japan. Many Japanese are only able to associate an invasion of privacy with the leaking of personal information, and coupled with incomplete knowledge of what that could mean, they seem to be just vaguely anxious about it all.

Now, some say Japan should just adopt the personal number system used in foreign countries, but things aren’t as simple as that. That is because each country has a unique culture, history, and values depending on circumstances. In South Korea, the resident registration number is widely used. For the South Koreans, who are still in a state of war with the North Koreans, surveillance of individuals using numbers is part of their national security measure. The UK invested a large sum into its national ID card system that included a biometrics identification (identifying an individual through physical characteristics such as fingerprints, iris, voiceprint, etc.) data, but decided to scrap it. It was a system that would have been useful for capturing serious criminals like terrorists, yet the people chose freedom and protection of privacy. The opposite can be found in Sweden. There is a word “transparent society,” which means a society in which everything can be seen, an absence of personal privacy, and in many cases, the word has a negative connotation. It goes like this: “The state is aiming for a transparent society with the goal of controlling its citizens.” However, the Swedes say, “Our country is great because it’s a transparent society.” In practice, in Sweden various kinds of personal information are open, and the living style there is really open, as in not shutting the window curtains in one’s own home. That is to say, values are not absolute, and countries have built a system on the basis of how their society should be.

Many think that privacy is a concept foreign to Japanese people; however, Japan does have unwritten social rules regarding disclosure and control of the flow of personal information: “Kiite kikanu furiwosuru” (pretending not to have heard), “Mite minu furiwosuru” (pretending not to have seen), awareness of in-group/out-group, etc. It’s important that the My Number system is examined and built/implemented with such cultural considerations. In order to do so, discussions should be held to correctly recognize the conveniences and risks to be gained from the My Number system; and we must create a common understanding among the people regarding what privacy is to us, and why its protection is important for a society. Only then will we be able to develop the criteria with which to judge the propriety of expanding the function of the My Number system.

* The information contained herein is current as of January 2016.
* The contents of articles on M’s Opinion are based on the personal ideas and opinions of the author and do not indicate the official opinion of Meiji University.