A Proposal for Environmental Conservation and Corporate Activities

The “Social Cost” of Environmental Destruction 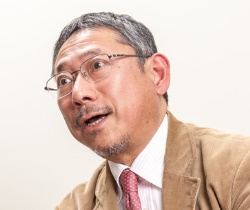 The idea of generating profits by recovering the development costs of pollution prevention knowhow and equipment through sales has its roots in the West. The Pollution Prevention Pays (“3P”) plan conceived, employed and promoted by a leading chemicals manufacturer is the prime example. Based on the evidence of the above plan, in the late 1970s the environmental economist M. Royston advocated the 3P hypothesis in a book entitled “Pollution Prevention Pays”; the hypothesis was proven to be correct through numerous corporate case studies in developed countries.
There have also been numerous companies in Japan that have proved that “pollution prevention pays”. For example, one textiles manufacturer developed eco technology at its own plant as part of its anti-pollution measures, including equipment to prevent air pollution and water treatment equipment, and went on to create devices and obtain patents which it sold to other companies, even supplying the technology to American companies. The income generated was considered to be more than enough to have covered the development costs and to have contributed to profits. In another example, a chemicals manufacturer developed and operated exhaust gas desulfurization equipment as part of its air pollution prevention measures and sold the equipment to a broad spectrum of companies in both its own industry and other industries. Like the textiles manufacturer described above, it also secured profits by exporting the technology overseas. Human resources that affect corporate decision-making by expressing the intention to protect the environment are referred to collectively as “pioneering eco technostructure”. Initially, the technology behind these efforts was concentrated on palliative attempts to provide an end-of-pipe treatment for polluting substances. From the 1980s onwards, the principle of prioritizing preventive equipment was internalized at companies and the full-scale “eco technostructure” that we see today appeared, with the aim of achieving comprehensive anti-pollution measures that also promote efficient use of resources and energy savings. One of my personal missions is to help develop this “eco technostructure”.

The Fukushima Nuclear Accidents – What We Need Now

For the past two years, ongoing environmental economics surveys have been carried out into the damage caused by the Fukushima nuclear accidents. However, for many years environmental economists have been sounding warnings about nuclear power. In the late 1960s, environmental economist K.W. Kapp (who in the early 1950s clearly described the concept of “social costs” described above) pointed out that the monitoring of radioactive waste for hundreds of years had no precedent in human history and that the increased costs borne by society as a result meant that nuclear power had a negative impact economically. Around the same time, the famous American environmental economist A.V. Kneese analyzed the pollution costs and benefits of nuclear power and concluded that the costs of nuclear power could not be calculated. Like Kapp, Kneese argued against nuclear power, citing the fact that using nuclear power means humanity is faced with never-ending radioactive waste and the eternal risk management that this implies. For many years, environmental economists have regarded nuclear power as a problem.
One of the surveys being carried out at my laboratory aims to identify conditions among the victims of the Fukushima nuclear accidents. The results of this research have shown that, while the payment of compensation and the clean-up effort are important, what is now required is to secure work for both professionals and manual laborers. Many people’s careers were completely decimated by the nuclear accident, but they have not lost the desire to work. It is impossible to avoid coming to the conclusion that the authorities have underestimated people’s desire to work. One clear example of this is the authorities’ description of people who have lost their work in a violent manner as “the unemployed” in public documents such as the Nuclear Disaster Victims’ Support Law. What is needed is to provide people with a variety of work options, including OJT and other training. One concept I have come up with is “garden city-style new towns to attract people back to the Fukushima region”. The idea is to give maximum priority to ensuring safety and then to regenerate reciprocally-beneficial communities in Fukushima with the unique characteristics of Fukushima people. It would be inconceivable for nuclear power to exist in such a scenario. The fact that nobody was able to immediately stop the criticality accident that occurred at Tokaimura in 1999 remains fresh in the memory. The Fukushima accidents have shown that nuclear power represents “negative capital” or “dis-capital”. Capital seeks labor, but this has both positive and negative aspects. It is clear that nuclear power that results in onsite workers being exposed to radiation has a definite negative impact overall. The natural conclusion is to abandon nuclear power.

A Need for Lifestyle Innovations

One of the projects I am involved in with my students is the promotion of eco activities in Chiyoda Ward, Tokyo, where Meiji University is located. Chiyoda Ward has been officially recognized as an environmental model city, and the current challenge is to come up with measures to tackle global warming and heat islands. The specific goal is the spread and promotion of “green buildings”. “Green buildings” help to limit the use of air-conditioning, which helps to prevent global warming. We have selected a dozen or so green buildings and held interviews with the building owners to identify the main issues. Our aim is to make a proposal to Chiyoda Ward for a regionally-led “Chiyoda Ward Green Buildings Certification System”. In the future, we also want to promote the greening of streets. We have come up with the concept of surrounding the whole of Chiyoda Ward with three circles of tree-lined streets.
In recent years a diverse range of opportunities have opened up for consumers to participate directly in the solution of environmental problems, in similar ways to green buildings. One area that we should pay close attention to is the fact that it is now possible for privately-generated surplus energy, such as solar power, to be sold to power companies. The fact that consumers do not now simply consume but can also produce has huge potential. By taking responsibility for part of the producer function, consumers develop an energy-saving attitude and this leads to a reexamination of lifestyles in general from an environmental perspective. Environmental problems cannot be solved with technological innovation alone; there is also a need to reform consumers’ lifestyles. Like the development of eco technostructure, fostering “eco prosumers” (a portmanteau of “producers and consumers”) to promote eco innovations is an important theme, and I would argue that fostering these human resources is something that should be carried out not just at universities but by society as a whole.

* The information contained herein is current as of December 2013.
* The contents of articles on M’s Opinion are based on the personal ideas and opinions of the author and do not indicate the official opinion of Meiji University.