Even the Local Government System Research Council, to which I serve as a member, has needed to consider the issue of decreasing population as an important issue. This leads me to think that while there is no miracle cure for population decreases, perhaps one possibility can be found through linkage between urban and rural communities.

Even the Local Government System Research Council, to which I serve as a member, has needed to consider the issue of decreasing population as an important issue. This leads me to think that while there is no miracle cure for population decreases, perhaps one possibility can be found through linkage between urban and rural communities.
For example, if urban and rural municipalities were to build sister-city relationships and their residents were to take part in everyday exchange activities, then perhaps people would want to live leisurely lives amid natural surroundings when they grew old or to raise their children in the expansive natural landscape of the countryside. Already some municipalities have concluded agreements in areas such as disaster prevention. While building ties such as sister-city relationships would not cost very much, there is a need to figure out how to realize exchange between urban and rural communities.

Furthermore, I think it would be a good idea to recognize cases of dual residency, for example permitting a person to be a resident of both Tokyo and of Shimane Prefecture at the same time, as something similar to dual nationality. While this would involve issues regarding areas such as voting and taxation, probably it would be better for people to live proudly as residents of both their urban and rural communities than to spend only their spare time in rural communities as if they were not part of the community, like people visiting a vacation home. Long ago, the town of Takane in Yamanashi Prefecture passed an ordinance under which it collected high water rates from owners of vacation homes, but it was invalidated by the Supreme Court. Takane was forced to pass the special ordinance because it needed to secure capacity in its waterworks to handle the water used by those staying in vacation homes there during the summertime. I believe it is vital that people can live in both urban and rural communities with the same sense of belonging. Doing so would make it possible for people to have ties in both the urban and rural communities where they lived.
Sister-city arrangements and dual residency could be expected to encourage the coming and going of residents and increase the number of couples in the community, helping to alleviate the problem of population decreases. However, this needs to be looked at from a long-term perspective. Having ties in the community where one lives means being accepted in the community, and since in rural communities in particular there are many aspects run by community residents rather than municipal government, in some senses people will not be accepted unless they perform their appropriate roles in the community. While the number of people attracted by rural living is increasing, since in fact there are many causes for uncertainty I think there is a need for a warm-up period in which both new arrivals and those in the community accepting them can get in pace with each other.

Individuals are Not Motivated by Money Alone; Values are Growing More Diverse 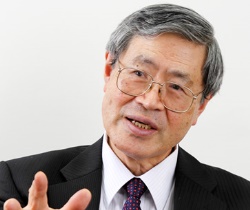 Probably many are of the view that it might be difficult to establish dual residency without places to work in both urban and rural communities. When thinking about places to work, one no longer can have very high expectations for measures such as trying to attract companies’ factory sites. This is because companies exist to pursue profit, active on both the domestic and global stages, and they are likely to abandon any facilities that do not generate earnings. On the other hand, individuals are not motivated by money alone. At root, our values need to grow more diverse than just focusing on making money. This refers to a transformation of values. Is it not the case that increasing numbers of people can feel happy even with relatively lower income?
Cannot one expect ways of making a living to arise naturally in the place where one lives? With effort it should be possible to develop profitable businesses with ties to the community based on activities such as local agriculture and fisheries and tourism using local resources. Local people are so familiar with their community that they do not notice such opportunities. Believing that the things that are so commonplace to them could not possibly be of interest to anybody else, they might overlook the value in their own community. People coming from urban communities might notice such missed opportunities. The arrival of people having different points of view could lead to the birth of new industry.

Ways of Working are Growing More Diverse, Even in Local Councils

Thinking about the ideal form of local communities from the perspective of my current field of research, administrative law, the issue of governance of local councils comes to the forefront. While corporations and other employers have come to recognize diverse ways of working, local councils need to advance the diversification of working styles as well.
For example, I think that having both full-time council members and part-time council members could be one way of building better local communities. At present, in prefectural assemblies and city councils in the big cities it effectively is impossible to serve as a member other than on a full-time basis, even if the position officially is considered a part-time one. Systems should be developed to enable full-time workers, self-employed people, and others working in different jobs during the day, as well as full-time homemakers, to participate in councils. In this way, full-time council members would be subject to monitoring not just by residents but by the part-time council members as well. Council members would devote more time to true policymaking instead of just electioneering, and the expenses required by council members could be cut. This should foster a positive kind of tension that could lead to better, more open local government.

Open Communities are Important in Both Urban and Rural Areas 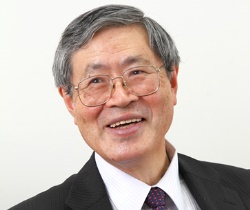 Deepening of ties in urban and rural areas requires that each have open communities. While we have looked at rural communities through now, in fact it is urban communities that are of greater concern. While rural communities may be closed, in urban areas it might be more accurate to say that community is nonexistent. In response, local governments are attempting to build community through regulations and ordinances, for example by building meeting places in condominium complexes and certifying the condominium complexes that are best suited for raising children.
For company employees, who make up the bulk of the urban population, the company is their community. Their ties in the company are enough for them, and they also may have some ties in athletics, cultural activities, and other areas. If multiple communities are functioning within the urban area, then opportunities for interaction could grow and the number of couples increase as well. Increasing ties in urban and rural communities and interconnecting them with each other might help to contribute to solving the population problem. I believe that we also can find ways to solve the problem of people spending their lives isolated in urban areas within the ties of interpersonal exchange in urban and rural communities.
There is unlikely to be a miracle cure for the population problem. For this reason, I think it is important to try to build some new ties, even if small ones, in a natural, unforced way. Even if population is decreasing, I think that what might be needed most of all right now is the realization of a society in which people can build interpersonal ties, enjoy them, and feel happiness, while valuing the individual.

* The information contained herein is current as of October 2014.
* The contents of articles on M’s Opinion are based on the personal ideas and opinions of the author and do not indicate the official opinion of Meiji University.