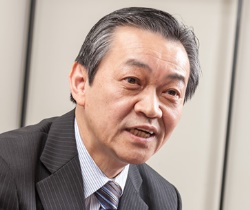 I have taken “Industrial psychology” as my field of study. Industrial psychology is scholarship that theoretically and empirically studies human behavior in Industrial societies through the use of psychological expertise. How should people behave within Industrial societies that have grown complex and diverse? This field of study continues to explore effective knowledge and methods for solving problems from a variety of different approaches, including labor, organizations, marketing, and consumer behavior. The psychologist Hugo Münsterberg created Industrial psychology roughly 100 years ago. In his work Psychology and Industrial Efficiency, Münsterberg considered such issues as the monotony and boredom of work and tasks that required attention from the perspective that psychological and social factors had an impact on labor efficiency. At the time Industrial psychology was comprised of a three-part framework of “the most suitable person (occupation and aptitude)”, “the best job (work efficiency and safety)”, and “the optimal outcome (promotions and advertisements)”, which have continued to serve as the base for Industrial psychology down to the present. Accordingly, the fields targeted by Industrial psychology are broad ranging, and include personnel, organizations, labor, occupations, marketing, and consumer psychology, with this also covering a wide area in a scholastic sense as well that covers personnel psychology, work psychology, social psychology, business administration, sociology, and ergonomics. In recent years the field of research that I have been focusing my efforts on within this extensive area of Industrial psychology has been marketing. The concept of marketing has been transformed along with the changing of the times. Marketing used to be production-oriented at a time when goods were in short supply, before changing to a product-orientation in which high quality was demanded of products. Before long it changed again in both content and significance to enhance sales through promotions and the like, and then again towards modern-day customer creation.

Marketing is a field in which people influence one another

Now then, let’s think about just what marketing is originally. Generally speaking, at companies and other profit-oriented organizations marketing has been defined as a collection of business activities that provide value to customers in exchange for receiving compensation, with this including sales activities, research, sales and other promotions, and customer service. Therein there are always activities in which “people influence one another,” and marketing as a field of study could be described as scholarship that studies the “techniques by which people influence one another.” More specifically, my primary area of study is theoretical and empirical considerations of matters like improving personal skills such as boosting communication abilities and leadership, as well as theories of organizational behavior and promoting sales.
With respect to communication, there is an interesting model that was proposed by the American psychologists Joseph Luft and Harrington Ingham, which is called the “Johari window.” It states that within the self there is an “open area” which is known to oneself and others, as well as a “hidden area” that is known to the self but unknown to others. Conversely, the self also contains a “blind area” that the self is unaware of but which is known to others, as well as an “unknown area” that remains unknown to everyone. These are not fixed in place, as people can expand the “open” arena by engaging in self-disclosure to and receiving feedback from other people, and can also become aware of the “unknown” arena through this same process. In other words, the larger one’s open area is the smoother communication becomes, and this deepens understanding of oneself and others and promotes self-growth as well. This has come to serve as an important factor for displaying effective leadership, particularly for people who play the role of leaders at organizations and the like. Continuing to expand one’s open area is important for improving one’s communication and leadership.
The phrase “啐啄同時 (sottaku-douji: picking and pecking from both sides of the shell simultaneously” explained by the Zen Master Kyosei of China is rich with implications for thinking about organizations and leadership. When the baby chick inside the egg is trying to break the shell and emerge, its picking from within the eggshell is referred to as “啐,” while the pecking from the hen outside is referred to as “啄.” When this “啐啄 (picking and pecking)” occur in the same place with perfect timing the shell is broken and the baby chick is born. This relationship between the hen and her baby chick is certainly applicable to how relations are structured between superiors and subordinates and leaders and members in organizations, such as when fostering human resources.

A Program for the Necessary Reforms

Within the marketing field there is a segment called “social marketing” that aims to improve social and cultural welfare. Social marketing is a concept proposed by Philip Kotler, who is a management scholar (of marketing theory) from the United States. It is a way of thinking about marketing that emphasizes involvement with society, such as by applying a marketing philosophy to nonprofit organizations as opposed to the profit-centric marketing of companies, which are profit-oriented business organizations. With social marketing, management techniques for planning, implementing, and managing programs to reform people’s way of thinking and customs are sought after, with the thinking being that applying these will make it possible to bring about solutions to various societal problems. In Japan one of the problems that merits the greatest concern at the moment is the advent of a society with a shrinking population beset by falling birthrates and the aging of the population. The shrinking of the population will incite a curtailment of labor productivity, and could also potentially reduce the economic growth rate. I feel that overcoming this state of affairs will pose a pressing challenge.
One means of solving this problem would be to utilize the elderly. Jobs for the elderly tend to devolve into simplistic work, but I believe it would be possible to effectively utilize their careers by harnessing their experience to date. The elderly, who have a wealth of experience when it comes to childcare, could conceivably provide support with this, for example. Perhaps they could have prevented the tragic case caused by a babysitter that occurred recently. It would be good to have an arrangement (program) whereby the elderly are awarded points that they can use in the future for their own nursing care as compensation for childcare. At any rate, we must create arrangements that are based on a spirit of mutual aid in which people help one another out. In addition to the elderly it will also be important to harness the labor power of women. The Gender Equality in Employment Act was enacted in 1986, and since then I’ve taken up considerations of lifestyles and life planning for women in my seminars. We must take a good look at social realities and continue to create models to serve as new lifestyles for women. I believe that social marketing that plans, implements, and manages programs to reform people’s way of thinking and customs are an effective way of solving the problems rampant throughout a society with a shrinking population beset by falling birthrates and an aging population.

Be a broadax rather than a razorblade 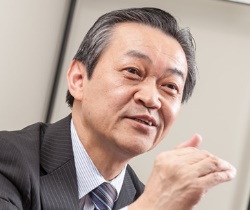 It is crucial that Japan, which will be among the first countries around the world to reach a severe state wherein it has a society with a shrinking population beset by falling birthrates and an aging population, utilizes the labor power of women and the elderly. I feel that having individuals think about how to achieve a society in which their own dreams can contribute to and be utilized for societal development without being compartmentalized based on sex differences or age, and then putting this into practice all around them, will lead to reforming people’s way of thinking and customs. My advice for young people when it comes to the initial seeds for their dreams, is that as globalization continues to advance they should take up their life’s work (a challenge for their life) and to have companions that they can talk things over with. In our lifetimes there will not only be level roads, but also hilly roads and roads strewn with rocks, and as a result we require a tough mindedness to survive through such adversity with strength. One phrase that I tend to use frequently as a metaphor is to “Be a broadax rather than a razorblade.” Razorblades are sharp and have an incisive cutting edge, but they soon become unusable if there is a nick in the blade. But with an ax, even if it gets a nick in the blade it can be used over and over again as long as it is honed. In other words, living life like an ax would entail tenaciously pressing on forwards without rushing, panicking, or giving up with a mentality of always moving forward no matter how many times you fall and have to get back on your feet. It is my hope that people will go about living their lives in this manner.

* The information contained herein is current as of April 2014.
* The contents of articles on M’s Opinion are based on the personal ideas and opinions of the author and do not indicate the official opinion of Meiji University.