Traditionally in Japan the term company law has been used to refer in general to laws such as the Commercial Code, the Limited Liability Company Act, and the Act on Special Provisions of the Commercial Code concerning Audit, etc. of Business Corporations. Japan did not have a single unified code of company law. The Companies Act was passed in 2005 to restructure these laws into a single integrated code, and it took effect the following year. The amendments now under deliberation will be the first in about 10 years. Behind them is the advancing globalization of Japanese firms. Together with such globalization, the percentage of overseas shareholders such as investment funds holding stock in Japanese companies is rising.
As a result, Japanese firms face requirements not just to improve business performance but also to ensure efficacy in areas such as compliance and governance. Examples of this can be seen in recent general meetings of shareholders. Past general meetings of shareholders regularly ended quickly with no particular questioning of management, so much so that they were ridiculed as being arranged to go of without a hitch. But today the voice of the shareholder is growing stronger, as not a few activist shareholders have come on the scene. General meetings of shareholders also have begun to function as venues for airing the concerns of society, on matters such as environmental issues.
From another point of view, the globalization of Japanese firms involves bringing on board the forms of corporate governance that have become standard in the United States. For example, traditionally Japanese firms have not had high dividend payout ratios. Most allocated their earnings to capital investment and internal reserves, without much thought to distributing them to shareholders through dividends. However, American shareholders traditionally have tended to make strong demands for dividends. More and more companies that have overseas investors such as investment funds as shareholders are facing demands that they pay dividends. This probably can be described as one change brought about by globalization.

A proposal for a new system of corporate governance 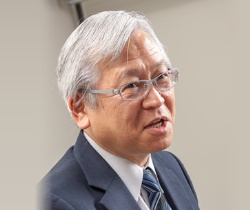 One of the points attracting the most attention in the proposed amendments to the Companies Act is the fact that it incorporates a new form of corporate governance.
Specifically, the amendments propose the creation of “a category of companies with audit or similar committees”. Under the current law, there are two types of supervisory functions: those of “companies with committees” (renamed companies with nominating or similar committees in the proposed amendments) and “companies with auditors.” “A company with committees” is a corporation in which the board of directors includes three committees in which a majority of membership consists of outside directors, with the board of directors supervising management while executive officers are responsible for execution. “A company with auditors” is one that has auditors to oversee its business or one required under the stipulations of the Companies Act to appoint a statutory auditor. At least 90% of Japanese firms employ this latter system.
One of the chief purposes of the establishment of the category of companies with audit or similar committees as part of the proposed amendments is to encourage the introduction of outside directors as a means of strengthening the supervisory functions of the board of directors. Against a backdrop of criticism of and reflection on successive cases of corporate scandals, the debate on amendment of the Companies Act has seen stronger calls for employing dispassionate points of view from parties detached to some degree from the company itself, as a key to preventing scandals and otherwise strengthening corporate governance. This refers to outside directors. The audit or similar committee in a company with such a committee would consist of three or more members who are company directors, and the majority of this membership would be required to consist of outside directors. Further requirements of outside directors are that they have no relation to the company’s parent or sister companies and that they not be relatives of management. These are intended to strengthen their independence and impartiality. A person who at one time was part of the management chain of command may serve as an outside director after an interval of 10 years has passed.
Thus, the proposed amendments would add a new, third type of company, companies with audit or similar committees, to the two types under current law. Due to the considerable costs involved it is likely that only a limited number of companies would shift from the category of companies with auditors, which today accounts for the majority of companies. However, it is quite conceivable that some companies would switch from the category of companies with committees, since the new category would allow the organization greater flexibility. Whatever the case, the proposal of a new system of corporate governance is of no little import. It could serve as an opportunity to review and reconsider the forms of corporate governance, including internal controls.

The real owners of a corporation are its shareholders

The proposed amendments even revise forms of corporate governance in the area of raising funds. For example, a traditional way of defending a company from takeover has been to issue new shares through private placement, because it makes it possible to dilute the control of the shareholders attempting a takeover by increasing the number of shares held by shareholders on the company’s side, increasing the total number of shares overall. Under current law, this step may be taken with a resolution of the board of directors. However, many are of the opinion that this method should be restricted in order to protect shareholders, since it makes it possible for the shareholder structure and the right of control of a company to be determined through an arbitrary decision of management. On the other hand, the private placement of shares is an effective means of raising funds, and there are concerns that restricting it would make it impossible for companies to raise funds quickly. The issue involved here is that of which kinds of rules to apply to issue of new shares through private placement involving a change in controlling shareholders, which could be intended either to maintain control of the company or to raise funds.
On this subject the proposed amendments involve two main points. The first is a requirement for disclosure of information on who will receive the shares when a private placement would result in the holding of a majority of shares in the company, and the second is a requirement that such private placement be approved through a resolution of the general meeting of shareholders if at least 10% of shareholders are opposed to it. This embodies the idea that the views of shareholders should be reflected in management. The real owners of a corporation are its shareholders. The traditional system under which persons employed under resolution of the board of directors (management) could choose shareholders has involved structural distortions. The proposed amendments are commendable in that they advance corporate governance in the area of raising funds. 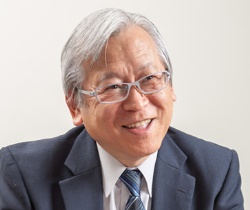 In addition to forms of corporate governance, one other pillar of the proposed amendments is the regulation of parent companies and subsidiaries. Leaving discussion of that subject for another occasion, here I would like to discuss the topic of comprehensive securities exchanges.
Japan’s securities exchanges once occupied an important position in international finance, rivaling those of New York and London, but today they have weakened markedly. They face a pressing need to evolve into more attractive exchanges that offer superior cost-performance and the ability to carry out flexible investment. Another type of exchange is the commodities exchange, where agricultural produce and other commodities are traded. The ideal form of an exchange is the comprehensive exchange model as employed in the European Union, where securities and commodities are traded on the same exchange. This treats the market like a department store for investors, and I believe such an approach is essential to increase exchanges’ international competitiveness. Strengthening the international competitiveness of exchanges is likely to have a major impact on revitalizing the Japanese economy, by helping attract funds from overseas. Ensuring the efficacy of corporate governance and helping Japan’s exchanges evolve into more attractive markets both are connected to earning the trust of investors. In other words, they are connected directly to the world’s trust in Japan.
Lastly, I would like to offer some additional remarks on deregulation. While deregulation is essential to stimulate corporate activities, we must keep in mind the fact that while some regulations should be eased, others should be strengthened. What should be necessary is the development of appropriate rules, whether through deregulation or strengthening of regulations, based on carefully considering and ascertaining the importance of regulations.

* The information contained herein is current as of May 2014.
* The contents of articles on M’s Opinion are based on the personal ideas and opinions of the author and do not indicate the official opinion of Meiji University.