Does insurance save small and medium-sized enterprises in the disaster-prone country of Japan?

Studies to verify the reconstruction have advanced as seven years have passed since the Great East Japan Earthquake occurred in 2011. Among them, Associate Professor Asai of Meiji University has been analyzing the reconstruction of small and medium-sized enterprises (SMEs), centering on the manufacturing industry. 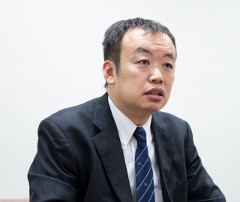 For the reconstruction from the Great East Japan Earthquake, research from all areas including natural sciences, humanities and social sciences is required. In the field of economics and commerce in which I specialize, the reconstruction size and speed of economic activities after the earthquake has become one of the most important research themes. Under such circumstances, I think insurance plays a significant role. Insurance cannot retrieve the lives lost or heal the hearts broken but can partly recover or newly create what has been lost by natural disasters. As such, insurance is expected to play a major role in the reconstruction.

At the time of the Great East Japan Earthquake, insurance companies responded quickly for individuals; it was widely reported by media that about 1.2 trillion yen of earthquake insurance was paid in about half a year after the earthquake. However, as for insurance for companies, especially for SMEs, how the insurance was paid or how it contributed to their reconstruction was not reported much and thus the actual situation is hard to understand. One of the reasons may be that earthquake insurance for companies differs from that for households and the data for company insurance is not readily available. As a result, much research that has focused on loans from banks including overlapping debt and studies on the position of insurance in SMEs and the role it played at the time of the Great East Japan Earthquake has not progressed. In short, not much is known about the effectiveness of insurance for SMEs on their reconstruction in the event of extremely large disasters such as the Great East Japan Earthquake. However, that would make SMEs too vulnerable in Japan, where natural disasters frequently occur and large disasters such as the Nankai Trough Earthquake are expected in the future. The role SMEs play in Japanese economic activities is significant and it is very important for Japan’s economy that such companies undertake appropriate risk management. In that sense, it is essential to analyze the reconstruction processes of SMEs in the Great East Japan Earthquake to prepare for major natural disasters expected in the future.

Measures such as insurance alone are not enough 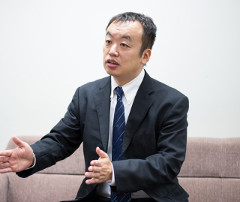 There are two main methods of risk management. Insurance is called loss finance or risk finance and as for earthquakes, it is a method to obtain funds to recover losses incurred after earthquakes. In contrast, the method to reduce the frequency and/or the amount of loss incurred and to cut down the expected loss is called loss control or risk control. In terms of earthquakes, the frequency of earthquakes cannot be controlled. Therefore, it means actions to reduce the expected amount of loss. One example is seismic reinforcement of factories or office buildings. Loss control and loss finance are both types of risk management conducted by predicting future damage and naturally require costs. In the case of SMEs, there are not many companies that have enough financial margin. When we consider which one is cost-effective risk management based on our analysis, we can say that if significant quake damage is expected, loss control seems to be more effective in the beginning.

Although the size of each company is small, SMEs account for more than 99% of all companies and their employees also account for about 70% of all employees in Japan. The roles that SMEs play are significant, especially in the local economy. In the manufacturing industry, most of the companies produce intermediate goods such as parts and trade them with other companies. If one company goes bankrupt, it will affect surrounding companies and, in the end, the local economy as well. There are market principles in which companies that cannot manage risk will be driven out of business. In reality, it has become clear, as a result of the Great East Japan Earthquake, companies which had been poorly managed before the earthquake tend to go out of business. On the other hand, considering the impact on society, the national or local governments can think of particularly supporting or favoring SMEs which promote preventive measures against earthquakes. It is to create a system to encourage SMEs, which are seriously thinking about their own business survival and which serve as the core of the local community, to voluntarily prepare for major earthquakes or natural disasters.

At the same time, SMEs should not consider risk management as a mere cost which does not generate profits. Obtaining insurance or conducting seismic reinforcement can ensure stable supply of products even in the event of disasters. SMEs can use this aspect as their selling point or sales promotion. I think securing business continuity through risk management not only contributes to their own business survival but also enhances the trust of their business partners and contributes to the local economy.

* The information contained herein is current as of June 2018.
* The contents of articles on Meiji.net are based on the personal ideas and opinions of the author and do not indicate the official opinion of Meiji University.