The news of Bitcoin, a virtual currency on the internet, which caused “Mt Gox” to suspend transactions due to unauthorized access and hacking in February 2014, is still fresh in our memory. I would like to hereby examine the problems and possibilities of the new settlement tool—the Bitcoin.

Is the Bitcoin a currency? A non-centralized virtual currency 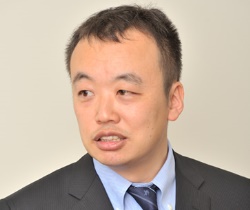 In the first place, what is the Bitcoin? Please let me start from this point. The Bitcoin is a virtual currency on the internet. Operations started in 2009 based on a paper submitted by a person named Satoshi Nakamoto. Bills and coins are not issued in principle. An actual body (such as an enterprise, a state or a central bank) that controls distribution does not exist either. The exchange with real currencies like yen and dollar are carried out through “exchange” on the website. However, almost no handling charges are incurred for money remittance or settlement since such transactions don’t pass through financial institutions like ordinary currencies. Because of these characteristics, the virtual currency is used, in many cases, for small-lot trading, individual transactions, and in particular, settlement and remittance beyond national boundaries, and it has expanded rapidly. Currency is issued by users, who are the network participants, through the operations of solving advanced computing problems called “mining.” Bitcoins are obtainable through such mining or exchanges with products, services, and other currencies.
I have defined the Bitcoin as a “virtual currency” on the internet, but I wonder if it is really a “currency.” For example, it is fundamentally different from traditional electronic money (such as suica). Electronic money is issued by companies within the framework of laws and is designed to use them on the platform of electronic settlement solely based on traditional currencies, and they are not much different from ordinary currencies. That is to say, electronic money is counted like 1 yen, 2 yen, … etc. A currency is a medium to exchanging for products and it is approved as a currency if many people “give a credit” that the currency has value. What supports the credit is usually a state. Since the Bitcoin is “money that was created among people,” so to speak, the support of a state doesn’t exist. It is not subject to laws for fund settlement either. Therefore, at this stage, the Japanese Government doesn’t approve the Bitcoin as a currency and takes the stance of approving its existence as a “thing.”

The Bitcoin is exchanged for real currencies at the “exchange,” and one of the exchanges was “Mt. Gox,” based in Tokyo, which was the exchange boasting one of the world’s largest transactions for a while. In February 2014, the Bitcoin suspended transactions, filed for application of the Civil Rehabilitation Act with Tokyo District Court and the application was accepted. It became effectively bankrupt. The reason for the bankruptcy is that the Bitcoin fell into excess liabilities, but it received extensive attention because not only did customers possess 750,000 bitcoins, but deposits for purchasing were also gone. The amount is enormous, at around 50 billion yen if calculated based on the transaction price at that time. Why had they gone?
If we know who stole them and how, the incident should have already been solved. So, there are many things of which we do not know the details, but it is said that bitcoins were stolen on the net, caught by the vulnerability of security as it takes time between a “signature” of electronic key and its verification.
Trading using a “virtual currency” in which a state doesn’t intervene should be based on individuals’ responsibilities and the users should already fully enjoy the convenience of a “virtual currency” as mentioned above, such as low handling charges. However, if the existence becomes larger and damages to users take place frequently, it is necessary to examine the merits and demerits of “the convenience of free transactions” and “regulations by the government” again.

The reason for the worldwide expansion of the Bitcoin is its mechanism as stated above of almost no handling charges incurred for the settlement and remittance beyond national boundaries, which is supported by many users. But that is not all. The merits of the Bitcoin become greater in countries where the credit power of currencies issued by their central banks is low. Plainly speaking, they are countries of hyperinflation where the currency value is falling day by day. In such countries, the Bitcoin would be used as an alternative currency because the Bitcoin has more credibility than their own currencies. Bitcoin also gathered much attention when the Republic of Cyprus ran into financial trouble due to the financial crisis in Greece in 2013. Since the Cyprus Government tried to confiscate part of people’s deposits, some people transferred their assets to the Bitcoin to which national authority does not extend.
Bitcoin may also be effective for some immigrants. For example, there are many illegal immigrants from Mexico in the south of the USA. In the USA, the submission of a social security number is required to open a bank account, obtain a driver’s license, rent a house, and for other various matters in daily life. However, since illegal immigrants don’t have a social security number, they cannot even receive salaries. There is a possibility that using the Bitcoin in lieu of the dollar currency will help to support their lives. In my opinion, it seems that the merit of the Bitcoin is greater in developing countries with low independence of the central bank and among illegal immigrants. At the moment, probably I am not the only person who doesn’t feel the necessity of the Bitcoin in Japan.
Still, considering the merits of the Bitcoin, the possibility of its growth also in advanced countries, such as Japan, where the conditions for inflation including chronic budget deficits and monetary relaxation are being put in place cannot be denied. Technologies supporting the Bitcoin also have the potential to develop as a platform for an innovative financial mechanism and to become the foundation for a revolution of the way we possess things and settle payments.
Incidentally, the Bitcoin is not limited merely to the means of settlement. Originally, 1 BTC (Bitcoin) was approximately 10,000 yen until around October 2013, but 1 BTC rose to over 120,000 yen by December 2013. Since the price fluctuated thereafter, the Bitcoin also became a target for speculation. It also serves as a breeding ground for illegal transactions, such as money laundering and illegal drug trading, and the Bitcoin has many problems, too.

Economist Hayek and affinity for the Bitcoin 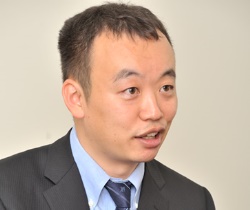 As stated above, factors don’t necessarily exist in advanced countries where the Bitcoin becomes widespread. Amid the worldwide financial crisis, the central bank of each country pushes financial relaxation and inflation is tolerated. Also in Japan, the government has enormous deficits and the factors for inflation progression are in place. That is to say, there may not be big differences between advanced and developing countries in the sense that they must use currencies with a deteriorating value.
Such circumstances remind me of Friedrich Hayek, who was born in Austria and received the Nobel Prize for Economics. He thought that if the central bank is abolished, and a free currency market is permitted, various currencies will be issued and currency issuers themselves will compete with each other, so that the most sound and stable currency will develop. Although the Bitcoin may not be directly linked to Hayek’s idea, I wonder how Hayek considers the Bitcoin, which provides a different option than “currency” under the present currency system.
My real specialty is insurance risk management, not theory of money, and I have done research on the role of insurance in corporate finance. Although there aren’t many examples of utilizing the Bitcoin by companies for their settlement and remittance at present, it may become widespread from the viewpoint of risk management in the future. For example, the Bitcoin may be incorporated into the portfolio to gain returns. If the Bitcoin expands in the future, I expect that it will evolve into the “sound and stable currency” that Hayek described.

* The information contained herein is current as of June 2014.
* The contents of articles on M’s Opinion are based on the personal ideas and opinions of the author and do not indicate the official opinion of Meiji University.