My research involves the study of global marketing. While there are various ways of interpreting the term marketing, I consider it to refer to all activities related to “to whom”, “what” and “how” to sell. Global marketing refers to conducting such activities on a global or worldwide stage. One of the key topics in global marketing concerns developing countries.

Business at the base of the pyramid (BOP business) 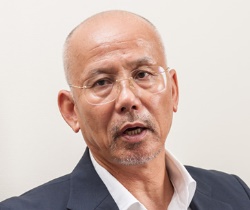 The idea of helping to resolve social issues in developing countries through business activities has been advocated since the latter half of the 1990s. Background factors that can be identified as being behind this development are the collapse of the Berlin Wall and the subsequent collapse of the Soviet Union. During the 20th century, the human race conducted a massive experiment that attempted to find solutions for the harmful effects and social problems caused by capitalism, including wealth inequalities, through the creation of socialist states under controlled economies. However, during the latter half of the 1980s socialism was exposed as a fantasy, and most socialist states would soon disappear from the world map. Under such conditions, humanity was forced to solve its social issues within the framework of capitalism. This led to proposal of the idea of business at the base of the pyramid (BOP business).
The term BOP refers to the lowest income level of the world’s population, those earning annual per-capita income of USD3000 or less in 2002 purchasing power parity. This is said to include 4 billion people, or about 70% of the world’s population. This income level is considered to make up a market with a size of USD5 trillion, and the term BOP business refers to efforts by companies to improve people’s standards of living and resolve social issues through sustainable businesses targeting the BOP level.
Traditionally, aid to the impoverished in developing countries has been centered on food assistance and financial assistance. However, such aid has only temporary results. It is easy to understand BOP business if we liken it to the concept of teaching hungry people to fish instead of just giving them fish to eat. If successful, BOP business can create new markets as people in developing countries break free from poverty to become self-sufficient, forming a new consumer class. The heart of the BOP business concept is the idea of building a win-win relationship that realizes both solutions to social issues and sources of earnings for businesses. Next I would like to provide introductions to some examples of the types of BOP business being conducted by Japanese firms.

Yamaha Motor sells outboard boat motors in African nations. Previously, people in those countries had fished from rowboats. Attaching outboard motors to their boats helps increase their catch, enabling them to break free from poverty. But Yamaha does more than just sell outboard motors. It also provides free services including teaching how to fish and training people to maintain outboard motors. Despite the fact that there are outboard motors on the market at lower prices than Yamaha’s products, Yamaha has earned the support of many people thanks to the community’s trust in the various types of support it provides in addition to the high quality of its products.
Sumitomo Chemical’s efforts have targeted malaria, an infectious disease that spreads through mosquitoes. It has developed the Olyset Net mosquito net treated with insect repellent using its own proprietary technology for gradually coating the net’s surface with the repellent. It provides Olyset Nets to more than 80 countries, chiefly in Africa. It also has created local employment by producing the nets at a factory it built in the African nation of Tanzania.
Yukiguni Maitake previously imported the mung beans it used as one type of bean sprouts, one of its main product lines, from China. However, after seeing the plight of farming villages in Bangladesh struggling with poverty it switched to using beans imported from Bangladesh instead. Not only does it provide microfinance services in partnership with Grameen Bank but it also helps people in Bangladesh to become self-sufficient through providing guidance in areas such as methods of cultivating and selecting mung beans.
N-Wave, an SME in the software development business, supplies S-Pass prepaid bus passes (similar to the Suica and Pasmo cards used in Japan) to Bangladesh’s capital city of Dhaka to help solve the city’s traffic problems. The S-Pass cards not only simplify the process of getting on and off buses but also increase bus companies’ earnings by eliminating illegal bus-ticket sales, creating more than 200 jobs as a result.
Nippon Poly-Glu also has attracted considerable attention for its “magic powder,” PGα21Ca. One of the most serious problems in developing countries is diarrheal diseases caused by poor sanitary conditions. PGα21Ca, a water purifier, developed by Nippon Poly-Glu using bacillus natto from fermented soybeans, has made it possible to purify contaminated water for use as drinking water. In addition to delivering a safe water supply, the company aims to create employment to help eradicate poverty, through having local people help sell the product.

Marketing to the BOP

While above we have seen some examples of BOP business activities by Japanese firms, unfortunately the level of interest in BOP business among Japanese firms as a whole remains low. The reason Japanese firms are not that interested in BOP business is due to fundamental differences with Western countries in terms of their approach to developing markets.
In general, in developing countries Japanese products are considered to have high quality and high prices. For this reason, in those countries it is chiefly the top of the pyramid (TOP, or the upper class) who purchase Japanese products. But this income level accounts for only a small sliver of the entire population. Companies need to earn the support of the middle of the pyramid (MOP, or the middle class), the volume zone in the market. However, most Japanese firms simply are waiting for the numbers of buyers of Japanese products in those countries to increase as the countries themselves grow wealthier together with economic growth. But this top-down approach will not lead to success in doing business in developing countries. A strategy targeting the MOP requires a bottom-up approach, starting from the BOP.
For example, the healthcare firm Unilever is building market penetration among the lower-income population (the BOP) in India by teaching children in school about medicines to prevent diarrheal diseases. It has overcome barriers to purchase of its products by delivering products in small quantities contained in small, low-priced bags, creating a market based on mass consumption through small purchases made every day by large numbers of people. At the same time, by employing young women (known as Shakti Amma) to sell its products it has both helped improve income among the public and raised the young women’s social status in their communities. One would expect that brand loyalty to Unilever would remain unchanged even as these people break free from poverty to become part of the MOP layer. Japanese firms’ advancement into developing countries has focused mainly on local production through building factories and on market development at the TOP and MOP levels. While there are a number of examples of Japanese firms taking part in BOP business in addition to those mentioned above, generally speaking Japanese firms are behind the times in their activities targeting BOP business, which can be described as a global trend in business. 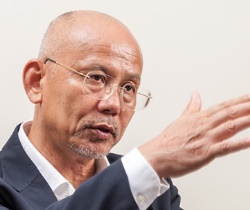 I visit at least 10 countries each year for research purposes. In doing so each year I am made painfully aware of the rapid decline in Japan’s presence overseas. I believe that companies successfully promoting BOP business would serve as a powerful force to help restore this presence. As an effort to improve developing countries’ standards of living and resolve social issues such as poverty, BOP business also would help to earn the high regard and trust of people in those countries. At the same time, through integrated market development targeting the BOP, MOP, and TOP layers together, it should open a path toward steady earnings and securing international competitive advantages for the firms involved.
Although Japan faces various issues today, its public still enjoys the benefits of a prosperous economy. But there is no guarantee that this will continue over the coming 20 or 30 years. Corporate growth and development is essential for Japan to keep its national strength and maintain its prosperity. It would be no exaggeration to say that BOP business is key to doing so. It is my hope that more and more people will become interested in and gain an understanding of BOP business.

* The information contained herein is current as of June 2014.
* The contents of articles on M’s Opinion are based on the personal ideas and opinions of the author and do not indicate the official opinion of Meiji University.