Given its precipitous acceptance of immigrants and present anti-democratic structures, the EU is faced with the threat of collapse 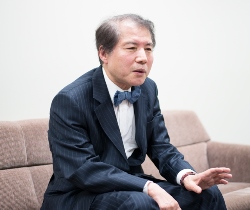 I believe that the reasons why the United Kingdom chose to withdraw from the EU can be largely broken down into two major reasons. The first is the much-discussed immigration issue. But just briefly mentioning it as the immigration issue does not do justice to the considerable complexity of the issue in reality. Viewed historically, the United Kingdom is a country that has proactively accepted immigration. From the 1950s to the 1960s it proactively solicited immigrants from places like Pakistan in order to maintain the workforce for its textile mills. It is claimed that there are currently approximately 3 million immigrants originating from Pakistan, India, and Bangladesh residing in the United Kingdom. They were originally actively solicited to the United Kingdom to maintain its workforce, but the truth of the matter is that this has not been without its problems. Dewsbury is a small town in north-central England where many immigrants of Pakistani origin have settled. In 1987 an incident occurred in which white parents from the town were forcing their elementary school-aged children to skip school. The reason for this was because more than half of the students at the elementary school were Pakistani children, and the food in the school lunches was taking on a more Pakistani flavor. As a result, the white parents were upset that their children couldn’t receive a British education. This incident is a manifestation of the fact that immigrants who come to the United Kingdom gather together to create communities where they can live by passing down their own cultures and customs, and therefore they do not readily assimilate into the local culture. This sort of cultural friction is a serious problem for the local residents. A massive influx of immigrants from Ireland entered Britain when Ireland suffered a severe famine in the 1850s, with the sense that they have finally assimilated to British society over the course of 100 years. The same is true of the Jewish people. If we consider the fact that it takes 100 years for white people to assimilate into one another’s culture, then we see it will be no easy feat for different ethnicities who have different religions, cultures, and lifestyles to assimilate into white culture.

Since 2004, when ten countries that included those in the former Communist Bloc joined the EU, the number of immigrants from Eastern Europe has increased dramatically to the United Kingdom, which already had said underlying immigration issues. Now, 300,000 immigrants enter the United Kingdom every year. Since a half of them are white and Christian there should be minimal cultural friction, but now this is causing the problem that they are depriving British people of jobs. However, some take the view that the jobs that immigrants from Eastern Europe take primarily consist of jobs that British people have tended to avoid taking, so this does not lead to the immigrants depriving them of jobs. Indeed, the United Kingdom’s unemployment rate of 5% is low, and the country is said to be in a state of full employment in an economic sense. Yet in actuality there are those who have had jobs they used to work taken away, as well as those who, even if their jobs have not been taken away, have seen their working conditions deteriorate as a result of immigrants who will work for low wages and so forth. I travel to the United Kingdom once every two years and usually stay at the college at Cambridge University. In 2005 the British woman who used to come to clean the rooms there was replaced with a Polish person. The maids at the hotel are now Hungarian. Even my own personal experience has led me to see that immigrants from Eastern Europe have begun to take jobs by displacing British people.

However, back in 2004 there was a seven-year grace period on accepting immigrants. Nevertheless, then-Prime Minister Blair emphasized increasing the workforce, and consented to accept immigrants right from the start. If the acceptance of immigrants had been carried out in a phased manner back then, then perhaps the Brexit (Brexit: The United Kingdom’s withdrawal from the EU) that we are seeing today would not have occurred. There is no mistaking the fact that a major factor that led to Brexit was the failure to comprehend the feelings of disgust and dissatisfaction of the common people that were instigated by this cultural friction with and loss of jobs to immigrants. 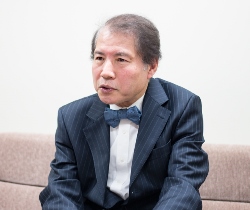 The other major reason for why the United Kingdom chose to withdraw from the EU is the issue of sovereignty. The EU was originally born from the aspiration to create a community based on the principle that doing so would prevent Europe, which was the battleground on which two world wars were fought in the 20th century, from engaging in another conflict. As a result, it got its start with the establishment of the European Coal and Steel Community (ECSC) in 1952, the goal of which was to engage in the joint management of the resources that tended to be the true cause behind many conflicts. The United Kingdom did not take part in the ECSC when it was established. The reason for this is because it naturally views this “joint management” as an infringement of its sovereignty. To the United Kingdom, where the opinions of coal miners held powerful sway, being bound by joint management that would prevent it from making decisions on its own over the closures of mines was something that was unacceptable right from the outset. However, thereafter the United Kingdom, with its economy in a slump, joined the European Community (EC; as it was called at the time) in 1973 in order to deepen its economic relations. Yet its extremely strong sense of sovereignty remains unchanged. The reason that the United Kingdom did not join the single currency of the euro, nor the Schengen Agreement that allows people to cross national borders without an immigration inspection, is because it considers currency control and the control of its national borders to be important aspects of its national sovereignty.

In today’s EU, Germany and France have seized political hegemony, while Belgium and Luxembourg have taken hold of its bureaucratic functions. So for the United Kingdom, this means that its views do not hold sway in either a political or administrative sense, inevitably leaving it with the strong impression that it has been excluded on both fronts. For example, the structure of the EU’s organization is extremely complex, and the heads of its main agencies in the form of councils, parliament, and commission are all called presidents. Yet these are not chosen by an election in accordance with democratic procedures, but rather are decided by so-called collusive politics. When Juncker was chosen as the president of the EU Commission, the United Kingdom opposed Juncker, and was vehemently opposed to the anti-democratic manner in which he was chosen. However, this opinion was not shared. Even though these decisions by the EU on its organization heads are done in a manner that is substantially collusive in nature, at the same time it creates various regulations (for example, regulations on the size and quality of the bananas distributed within the EU) and imposes them on all of its member countries, including the United Kingdom. In other words, the EU is an organization that infringes on the sovereignty of the United Kingdom, and furthermore it is extremely anti-democratic. This structure of the EU is another major factor behind Brexit. It is said that British politicians give lip service to the notion of remaining in the EU while essentially harboring a great deal of Euroscepticism.

The EU reforms suggested by Brexit

In 2017, national elections will be held in the Netherlands in March and in Germany in September, while a presidential election will be held in France in May. Anti-EU organizations are rearing their heads in every country, and there is uncertainty as to how the election results will turn out. The results of the election in the Netherlands are particularly important. If it reaches the point where the anti-EU faction wins and holds a national referendum where the people choose to withdraw from the EU, the impact from this will be absolutely enormous. The United Kingdom and the Netherlands have ties that are extremely close in a spiritual and economic sense, so if the Netherlands were to withdraw from the EU it would likely further strengthen their connection. If others were to see these two countries getting along fine outside of the EU, it could lead to a domino-effect of withdrawals from the EU. If that were to happen the EU could potentially collapse.

I believe that thinking about the causes that led to Brexit will provide hints for the reforms that the EU should undertake. First off, immigrants should not be accepted in a precipitous manner, but rather slowly and step-by-step. They should set forth freedom of the workforce to migrate as an ideal, but in actuality it would be best to set an upper limit on the acceptance of immigrants so that they stay at about 0.2% of the population. For the United Kingdom, this would be 120,000–130,000 people per year, and for Germany it would be 150,000–160,000 people. These sorts of numbers should be in the permissible range. I feel that this would also make it easier for Eastern Europe to approve of the acceptance of immigrants from outside the region. For the immigrants themselves, it should make it easier for them to settle if they aren’t all concentrated in a single country, as this would lead to a decrease in problems with the local residents. What is more, re-establishing democratic organizations with the consent of the member countries is a pressing challenge in order to allow the EU to continue to grow further.