A Society for all people – An analysis through economic policies –

Economic Policies that aim for 70 out of 100

All social sciences today including macroeconomics are predicated on empirical analysis and verifiability. To test theoretical hypotheses based on empirical data and experience, and then to be able to extract theories out from them is prerequisite to what we call “research today.
Ultimately, theories can say anything. Take increased tax rate for example. In theory itself, one can theorize two opposite things: that increase in tax improves the economy, or that it worsens the economy.
In short, if they cannot be examined metrically with data, the policies including economic policies are anything but “reliable.”

As you know, in the past, there have been some brilliant policymakers who had a great genius and intuition and didn’t need to rely on empirical analysis to bring about economic breakthroughs to their ages. However, I believe the objective of social sciences in general, including economics, is to create a policy manual which enables any politicians or policymakers to administer policies at the level of “70 points” out of 100, instead of one that aims for an A+.–even if those of brilliance do not appear on the political scene. Policies depending on the best and the brightest may discontinue when the persons leave the administration. The current high-profile economic policies such as inflation targeting and nominal GDP targeting have been devised as systems which can function itself without the help of brilliant central bankers. In a nutshell, to form a hypothesis, to test it based on data and then to keep on achieving mediocre solutions of around “70 points out of 100”—though they may not be the best—will lead to a safe and stable management of economic policies. 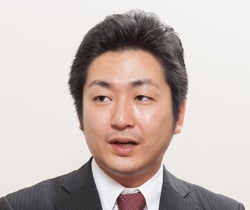 The Japanese government is currently promoting aggressive economic policies aimed at lifting the country out of persistent deflation. They are known as “Abenomics” with its “three arrows” agenda, which I personally regard favorably.” The first arrow”; a bold monetary policy, is especially highly evaluated. The government has been committed to achieve an inflation target of two percent through unlimited quantitative easing. Although some are concerned about higher inflation and rising interest rates, this policy has already been adopted in many other developed nations’ economies and two percent inflation rate is no more than an average rate in high-income countries.

Japan has belatedly adopted this inflation target policy behind other major economies and this policy has a specific aim of lifting Japan’s economy out of deflation. Though Japan is finally getting on with this measure to break away from persistent deflation, this is actually considered a conventional way of getting an economy out of deflation , and as past data shows, I believe, in a couple of years, people in Japan will start to feel its effect, and experience improved economy. The “second arrow”, a policy of increased public spending as fiscal stimulus is probably only going to have minimal effect on the economy and is likely to result in increased debt. But It can’t be helped anyway as a tentative measure so that the monetary easing can produce the desired effects.

Then comes the “third arrow.” For sustainable growth, a growth strategy is crucial to transform Japan’s economy into a robust one. One concern that I have is that within the Industrial Competitiveness Council of Abe administration, two opposing ideas coexist; one that favors increased competition through deregulation, and the other that advocates “targeting policy” so that the government can strategically nurture specific industries. I support the former group, since I believe that the key to growth strategy is policy for increasing competition, and not industrial policies. Whatever the case, Prime Minister Abe will need to continue to navigate the growth strategy to guide the government to the right goal.

The importance of “redistribution policies”

When it comes to implementing an economic policy, it is important that the policy consists of all of the following three different types of policies: A “growth policy” to build up economic power by improving potential GDP (gross domestic product); a “stabilization policy” to exercise its power and: a “redistribution policy” to take care of the negative effects resulting from the first r two. With even just one of the policies missing, an economic policy cannot be sustained.
Redistribution policies tend to be overlooked and regarded as if they were barriers to economic growth and stabilization. When an economy improves through “growth policies” and “stabilization policies”, “Pareto improvement” occurs. Pareto improvement refers to an action done in an economy that does not compromise anyone’s satisfaction level but improves the satisfaction level of at least one person in the economy. In other words, although no one’s conditions are compromised some people’s conditions necessarily improve: this result in economic disparities within the society. Without appropriate redistribution filling in these gaps, accumulating discontent among people will be fatal to shake the base of Abe administration. As “Abenomics” accomplishes success, a lack of “redistribution policies” will become more evident and the problems arising from it will aggravate the situation. I believe that redistribution of wealth based on income and assets is indispensable. I suggest raising inheritance tax as a good way to levy on assets. For example, a flat inheritance tax of 10 percent would bring some 8 trillion yen into the national coffers – equivalent to a three percent increase in the consumption tax. Such a broad and shallow inheritance tax should not much concern about capital flight. Furthermore, inheritance tax raise is said to be the only kind of tax raise that contributes positively to the economy, by stimulating consumption and encouraging inheritance gifts 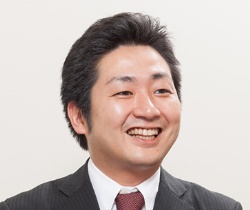 My ideal society is one where we can have a modest sense of happiness without having to work very hard. Even if you live a relaxed and sometimes idle life, you will rarely face perils as severe as death, and if you work reasonably well, if not very hard, then you will get a small reward to have fun in your life – that kind of society is easy to live in. As I write this, you may wonder if I am against the idea of economic growth but that is not so. To build a society of “modest” happiness, an annual economic growth of two percent in real terms is essential. Our production efficiency is said to rise by two percent across the board every year thanks to new inventions and increased workplace experience and familiarity. If so, the economy also must grow by two percent every year. Otherwise unemployment will inevitably occur. And it is the two percent inflation target that is needed to maintain that two percent growth. If we can achieve a four percent nominal GDP growth a year – combining a two percent real growth and a two percent increase in prices – then tax revenues will increase by four point five percent annually. Then the ratio of the government debt to GDP will decrease, contributing greatly to solving our fiscal problem. It is not an exaggeration to say that, as the first step in the long process of recovery, not only lifting the country out of deflation but also the fate of the Japanese economy depend upon whether we can put the economy on a four percent nominal growth path over the next three years.

And then sustaining that rate of growth for 10 years holds the key to the country’s rebirth and revival. To that end, I believe, it is vital to maintain the ongoing monetary easing policy, while also promoting a strong growth strategy centered on deregulation.