It is said that Japan’s population will shrink even further as the downward trend in the number of children continues. This is generally viewed pessimistically as it will be accompanied by a contraction in the economy. However, that is probably over emphasized. The impact of a declining population is sometimes exaggerated. In addition, a decline in the population does not only have a negative impact.

Japan’s economic growth will slow because of the population decline, but…. 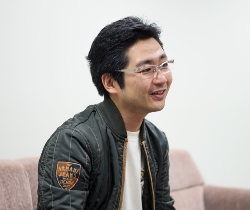 Without a doubt, the decline in Japan’s population will have a negative impact on economic growth. However, that impact is overstated. For example, with the standard theory of economic growth, factors behind economic growth can be analyzed using growth accounting. Growth accounting consists of breaking down growth in gross domestic product (GDP) into a part that can be attributed to growth in capital and labor and a part that can be attributed to technological progress and calculating the contribution each part makes to GDP growth. First, a decline in the population naturally results in the work force shrinking. It is thought that a 1% decline in the work force lowers economic growth about 0.65 percentage points. Let’s consider the period around 2030, when the decline in Japan’s population will be its greatest under current conditions. The working age population will fall 1.5%. On the other hand, if the labor participation rates for both women and people 60 or older continue to increase as they are now, it is expected that the actual number of workers will decline slightly more than 1%. This will weigh down economic growth about 0.7 percentage points. On average, the economies of developed countries grow at a rate of slightly less than 2% annually; therefore, after taking into account the 0.7 percentage point negative impact of the shrinking population, Japan is expected to have an underlying rate of economic growth of about 1%. It is important to remember that even during Japan’s period of rapid economic growth when the economy was growing at an annual rate of 10%, the population was increasing about 1% annually. Most economic growth is due to factors other than population, particularly technological progress, greater efficiency. For technological progress, a shortage of workers is not necessarily negative.

Japan has already experienced periods when a shortage of workers accelerated technological progress. The textbook case of this is the factory automation that occurred in the 1980s. At that time, Japan’s economy was growing quite large, and companies were expanding overseas, but there were relatively few young workers because this was the generation that came between baby boomers and Japan’s Generation X, the children of the baby boomers. In response to higher labor costs, factories throughout Japan started to automate to compensate for the shortage of workers, which resulted in dramatic advances in automation technology at factories in Japan. Flush with money as factories strived to make do without workers, machine tool manufacturers had the freedom to aggressively invest in research and development. This established a virtuous cycle that promoted even greater technological advances. This phenomenon did not occur only in Japan. In the UK, the home of the industrial revolution, there were not enough workers to increase production capacity at a time when the country had colonies throughout the world and was growing markets. There is research that indicates that this labor shortage is one of the factors behind the establishment of the mechanized factory industry.

The technological progress driven by the introduction of factory automation in Japan continued to the mid-1990s, and if one looks at other countries, it is clear that Japan was dominant in the field of robot technology. However, when economic growth slowed after the bubble burst, there was a surplus of workers, and because it was possible to attract workers even with low salaries, companies became hesitant to invest in labor saving technology. Therefore, funds were no longer directed to the development of mechanical technology, and technological progress in the field of robotics stagnated. In recent years, the greatest technological progress has been in the fields of artificial intelligence (AI) and robotics, and depending on one’s point of view, it can be argued that Japan has fallen behind both the U.S. and Germany in many fields. However, if labor shortages become serious as the work force contracts, it will be necessary to consider ways to create mechanism to do various routine operations using AI and robotics. At that time, there will probably be major technological progress.

It is extremely important that technological progress on thephysical aspects be accompanied by the progress on the non-physical aspects. For not only Japan but also other developed countries, the service industry accounts for more than 70% of economic activity, and as the number of products grows, it is often the case that the dominance of a product is created through related services. For example, when applying AI and robots to store operations, it is necessary to reform the workflow of companies in order to skillfully use AI and robots for customer service. These types of practices and contrivances cannot be discovered in the laboratory. They are found during repeated trial and error in the workplace. Through these activities, companies build up the knowledge how to use AI and robot technology, not the AI or robot technology themselves. This acquired knowledge is probably more important than the tangible technology itself. The whole world, not only Japan, is facing the problem of declining population. When in response to this problem, companies start to sell how Japan makes use of AI and robots to the rest of the world, if companies have a manual that includes that accumulated knowledge, the combination of the manual and technology may give that product package an advantage. Non-physical aspects will become the source of extremely strong competitiveness.

An analysis of the factors behind economic growth using growth accounting in this way reveals that a decline in the work force has a negative impact, but the technological progress that the decline spurs on may generate benefits that more than compensate for the negative aspects. 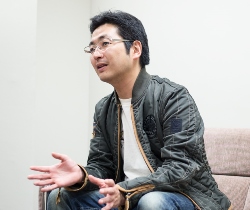 On the other hand, what will happen to humans in a society in which extensive use is made of AI and robots. The AI that is being researched throughout the world, including Japan, is referred to as specialized AI, and this AI learns so that it can provide the optimal solution for a relatively limited purpose. It is forecast that when general-purpose AI, which possesses general skills, is introduced, 80% of current jobs will disappear.

If one looks throughout history, technological progress has resulted in a lot of unemployment, but this was mainly in the field of physical labor. However, when AI that can process vast amounts of information at lightning speeds becomes practical, it is highly likely that even work that requires academic study, experience, and training, such as work done by doctors who make routine diagnosis (but not ones who conduct difficult operations or similar activities), paralegals who work at law offices investigating cases, etc., could be done by AI instead of people. It is argued that when general-purpose AIs appear, this will accelerate this trend.

What type of work will people be responsible for in this type of world? It is argued that it will be work done by managers who make decisions and take responsibility, creators who generate completely new ideas, and hospitality service providers who care for people. Because there are a relatively limited number of managers and creators, most people will probably be hospitality service providers. This may lead to a polarization in wages. Advances in AI will increase economic growth, but this is because it is extremely likely that it will be a winner-take-all competition in which the most successful AI-related company wins it all. However, when AI develops and grows to such an extent that it is part of social infrastructure, people will probably start to think that the benefits of AI are for all of society. In other words, even though it is winner-take-all competition, there will probably be redistribution policies so that the benefits are shared equally throughout society. It will be important to introduce systems such as basic income, a guaranteed minimum income.

On the other hand, however, the value of hospitality will probably be dramatically greater than what it is now. That is because what we want now are intangible services and stories, not things. For example, you probably want to visit a comfortable, pleasant traditional Japanese inn that is mentally soothing and provides a view of nature as many times as possible. What you need then is hospitality, and people make that possible. Society may become one in which work that demands efficiency is entrusted to AI and robots, and people move to work that does not require efficiency and provide products through that work. Although there are limits to the consumption of physical goods, there are no limits to the consumption of intangible services. Because of this type of value, there is probably no need to be pessimistic about the impact of a shrinking Japanese market due to population declines.

A decline in the population is not simply something to despair about, it is also an opportunity for advances in AI technology. Shouldn’t we look at this as an opportunity to create a society in which more advanced AI makes it possible for people to live lives of greater comfort?