Reviewing the Midterm Elections in the U.S. -Changes in President Obama’s Leadership and the Importance of House-to-House Canvassing-

I believe that behind this defeat of the Democratic Party in the midterm elections is the fact that President Obama’s leadership can no longer adapt to the current situation. President Obama, who made a spectacular appearance in the 2008 election under the catchphrase “Yes, we can,” had a charisma that inspired people and gave them hope and courage as he demonstrated innovative leadership. But that charisma weakened after two years. In the 2010 midterm elections, the Tea Party, a conservative movement in opposition to Obama, attracted support and its activities drove a major advance by the Republican Party. In the 2012 presidential election Obama changed his leadership style from “transformational” to “transactional.” That change bore fruit in his reelection.

The midterm elections in the United States ended recently with a defeat for the Democratic Party, as the Republican Party secured majorities in both the Senate and the House of Representatives. Please give us your candid views on this outcome.

I believe that behind this defeat of the Democratic Party in the midterm elections is the fact that President Obama’s leadership can no longer adapt to the current situation. President Obama, who made a spectacular appearance in the 2008 election under the catchphrase “Yes, we can,” had a charisma that inspired people and gave them hope and courage as he demonstrated innovative leadership. But that charisma weakened after two years. In the 2010 midterm elections, the Tea Party, a conservative movement in opposition to Obama, attracted support and its activities drove a major advance by the Republican Party. In the 2012 presidential election Obama changed his leadership style from “transformational” to “transactional.” That change bore fruit in his reelection.

What kind of leadership style are you referring to by one of “transactional”?

Supporters in Obama’s campaign can be described as a heterogeneous alliance. It includes African-Americans of course, but also Hispanic Americans, unmarried women, and young people, among others. On the other hand, the Republican candidate for president in 2012, Mitt Romney, was supported mainly by white males, particularly older ones. In the 2012 presidential election Obama advocated policies that would deliver clear benefits to voters in his campaign, with a subliminal message that they should vote for him for that reason. This was a form of bargaining with the voters. He proposed to women ensuring birth control was covered by health insurance, to Hispanics easing of deportations, and to young people stopping increases in interest rates on school loans. (In the U.S., not a few students take out loans themselves to pay for college.) This leadership through political bargaining proved successful.

Why was this leadership through political bargaining unsuccessful in the recent midterm elections?

This time Obama did not thoroughly implement this political bargaining. When I was in Washington during the midterm elections the first thing I sensed was the anger of Hispanics, who are part of the Obama campaign. They asked how long they would continue to be used for political purposes. Hispanics expected an executive order that would grant permanent residency to people with no criminal record who had learned English and worked in fields such as high-technology industries and agriculture, even if they had immigrated illegally. But they were greatly disillusioned when no such order was issued, and this disillusionment manifested itself in the form of anger. Some Hispanic organizations even called on their supporters to stay away from the voting booths. 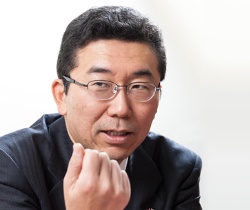 The base of Republican Party support is in southern states such as Arkansas, Louisiana, and Georgia. In these areas, Democratic Party and Republican Party candidates were vying in tight races. Conservative Republicans are opposed to illegal immigrants and think they should be deported. There was a fear that if, under such circumstances, the President were to issue an executive order granting permanent residency to illegal immigrants then it would enrage southern voters, leading to a Republican sweep. This can be considered one of the reasons Obama did not issue such an executive order. However, ultimately the Democrats still suffered a defeat in the south. Furthermore, the consequences of the President not issuing an executive order were clearly apparent in the results of the election in Colorado, where such an order should have contributed to favorable conditions for the Democrats. About 21% of the population of Colorado is Hispanic. However, the sitting Democrat Senator Mark Udall lost his bid for reelection. This result can be described as a reflection of Hispanic anger.

What happened with the votes of women voters, another base of Obama’s support?

Similarly, the President did not thoroughly implement political bargaining with women voters either. In America women workers earn 78 cents for every dollar earned by male workers, while African-American women earn 65 cents and Hispanic women 56 cents. Also, the current federal minimum wages is $7.25/hour, and it is mostly women who earn this wage. In light of this situation, Obama proposed raising the minimum wage to $10.10. While it was thought that if this policy were realized it would attract the votes of women, Obama was unable to promote it forcefully because candidates in the Democratic Party distanced themselves from him. As was the case with Hispanics, Obama was unable to implement political bargaining thoroughly.

How do you think Obama’s leadership style will change over the remaining two years of his term?

I think what is needed is a leadership style that could be described as pragmatic. Since the Republicans have majorities in Congress, Obama needs to employ policy management that clearly differentiates areas where he should compromise and those where he should not. Also, in his final two years in office Obama will be thinking about his legacy, or his political achievements. These are reforms to the health-insurance and immigration systems. In the 2008 presidential election he won the votes of the young and Hispanics. I think if he returns to these starting points he could build a legacy by preserving the health-insurance system he created (which includes a program under which unemployed young people through age 26 can be covered by their parents’ insurance) and granting permanent residency and citizenship to Hispanics.

You argue for the removal of the ban on house-to-house canvassing in Japan as well. What would be the purpose of doing so? 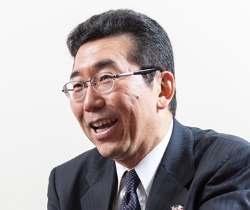 House-to-house canvassing is considered to involve some elements of concern such as the offering of monetary rewards or the possibility it could be taken advantage of by certain religious organizations. What are your thoughts on these concerns?

As far as I know, not a single person in the Obama campaign has been arrested for violating the law in house-to-house canvassing activities in the past. In addition to a high level of ethics, there is a firm belief that it would be shameful to accept monetary remuneration for a vote. There also are concerns that information on receipt of money could spread on the Internet, and it is difficult to exchange money for political considerations in the United States. There also are no problems with religious groups. While the allocation of the votes of religious groups largely follows certain patterns, house-to-house canvassing breaks through this barrier by bringing in nonpartisan voters. While some argue that house-to-house canvassing is expensive, since all the participants are volunteers it is not really that costly. Volunteers work as hard as they can on behalf of the policies they favor. They are driven to participate on their own to see policies that would benefit them realized.
House-to-house canvassing is a form of two-way communication. It provides an opportunity for people involved in electioneering to exchange opinions with the voters directly concerning the points at issue. It is very important to democracy, and I believe that in order to encourage public participation in politics as well the Public Office Election Act should be amended to remove the ban on house-to-house canvassing.

Thank you for your time today.

* The information contained herein is current as of November 2014.
* The contents of articles on M’s Opinion are based on the personal ideas and opinions of the author and do not indicate the official opinion of Meiji University.