What Japan can learn from the U.S. presidential election

2016 is a presidential election year for the United States of America. The United States has great power of influence worldwide, and the question of who will become its president is of key interest in Japan and other countries. For Japan in particular, there are certain points about the election campaign that deserve attention. 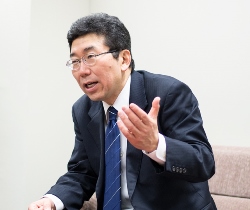 A look at the assertions being made by the presidential candidates this time reveals a major characteristic. This characteristic is most pronounced in the case of Donald Trump, one of the candidates for nomination by the Republican Party. At the base of his assertions is, first and foremost, antipathy toward career politicians (meaning anger directed at conventional politicians). Another underlying trait is anti-establishment sentiment (dissatisfaction with the entrenched dominant stratum). A third characteristic is anti-insider feelings (distrust of the US Senator, Congressman and governors). In short, this candidate is voicing the anger, dissatisfaction, distrust, and sense of betrayal felt by the electorate toward politics during the last eight years led by President Barack Obama. Interestingly, Mr. Trump on the far right and Bernie Sanders on the far left are both deploying a campaign strategy that divined this popular antipathy toward career politicians, the establishment, and insiders. As a result, although Mr. Trump had even been viewed as merely adding a little element of entertainment to the campaign and unworthy of serious consideration, he emerged victorious in the primary elections in various states. Similarly, Mr. Sanders is proving to be a tough opponent for Hillary Clinton, who had been regarded as a shoo-in for nomination by the Democratic Party. The strength exhibited by these two candidates making an appeal based on the same emotions manifests the depth of dissatisfaction and distrust felt toward the Obama administration among the U.S. populace.

Mr. Trump and his supporters share another major characteristic. They are opposed to multiculturalism, diversity, and different cultures. Mr. Obama sees it as part of the role of a leader to tolerate diversity and consolidate it into a single power. In contrast, Mr. Trump sends out messages which suggest that the United States has, on the contrary, deteriorated because of diversity. His talk about “making America great again” contains the hidden message of turning it back into a strong country dominated by white people. Besides being a challenge to the existing Obama administration, this message constitutes a threat to globalization in the contemporary age. Nevertheless, winds embracing and staunchly supporting this exclusionism are now blowing wildly across the United States.

In fact, there was a period when support for Mr. Trump dropped. However, the situation turned around in November 2015, which saw the rash of terrorist attacks in Paris, and the indiscriminate shootings by a couple poisoned by extremist ideology in California as well. After these incidents, Mr. Trump’s ratings in the polls began to rise again. At his rallies, he also brings up an incident in which an American woman was killed by an illegal immigrant from Mexico. He uses this incident to fuel fears people feel about different cultures and intensify their anxieties. He forcefully declares that he is the only one who can “make America great again,” and makes himself the focus of their hopes. This logic of his is unwavering, and he wields it adroitly. His supporters all insist with confidence that was he asserts is right and that prejudice or hate has nothing to do with it.

Beginning in the summer of 2015, I joined the Clinton campaign as a volunteer, as part of my research, knocked on the doors of 1,186 homes and also actually met many Trump supporters. During the door-to-door canvassing in New Hampshire on the East Coast, I was nonchalantly told by a white blue-collar male, “I’m sure you (too) would hate it if a woman became president.” Another white male told me that, if Mr. Trump won the election, he would give me a job. Because he built his fortune in real estate business, Mr. Trump is trusted by his supporters who assume he will be help the United States recover from its economic issues. One of his supporters also insisted that Mr. Trump’s pledge to ban all Muslims from entering the United States was the right idea. Seeing that I am ethnically Asian, yet another even asked me if I myself weren’t an (illegal) immigrant. Mr. Trump’s supporters tend to be averse to and intolerant of people with ethnicities different from theirs. In their eyes, he presumably appears to be a strong and dependable leader who will resolve the problems of illegal immigration and terrorism. Incidentally, the word “trump” also means “a dependable person.” To his backers, the very name “Trump” has a nice and appealing ring. 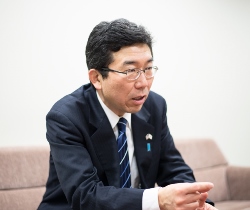 It has each and every worker master this methodology through a program of training. In New Hampshire, I was first taught that persuasion starts by getting people to tell their stories. For example, if the person who opens the door says he (or she) has not yet decided for whom to vote, the canvasser first asks in what issues he is interested. If he replies “reform of the medical insurance system,” the canvasser actively asks about the reason why. After inducing the person to relate his thoughts and stories about medical insurance, the canvasser then tells his own story on the same subject. The logic runs that persuasion is born when the voter’s story and the canvasser’s story coincide or overlap.

If the person promises to vote for the candidate, the canvasser asks him to sign a commitment card. The canvasser keeps this card, but sends it back to the person a few days before the election. This card does not have any legal binding force, but it applies a certain psychological pressure on the person receiving it, and acts to increase the voter turnout. In addition to the commitment card, the canvasser encourages the person to make a plan for voting on election day. He asks at what time the person intends to vote. Will it be in the morning, during the lunch break, or on the way home from work? The idea is to implant a definite image of voting in the person’s mind. This tactic also helps to heighten the voter turnout. The Obama campaign transformed door-to-door canvassing from mere stumping into a science.

The ban on door-to-door canvassing ought to be lifted in Japan, too

As a matter of fact, in the case of each candidate, many high-schoolers and university students volunteer to be campaign workers. Some of them volunteer because they are attracted by the candidate’s policies. Many also take part as fieldworkers. In U.S. universities, election campaign work is included on the list of internship programs. In this arrangement, students can serve as campaign workers and write a report about their experience. If the report is given high ratings, they can obtain a degree for it. With the added inducement furnished by this system, the students take part in campaign activities and canvass from door to door. In the process, they come into contact with the “intercultural coalition forces” represented by Ms. Clinton and the “nationalism fed by opposition to interculturalism” represented by Mr. Trump. They therefore learn about real politics and policies on the front lines of the campaign. In a sense, only in a democracy could the views of Mr. Trump be cited as political policies. The students also learn about democracy through the experience of directly encountering the opinions of people who support his policies, and by thinking about and making judgments on them in their own minds.

Furthermore, door-to-door canvassing also provides a vital opportunity for honing skills of communication. These days, the acquisition of skills for discussion and negotiation is viewed with importance in Japan, too. Some schools are incorporating debate into their curriculum. Students in the United States, however, are instructed in these skills in campaign offices and then given the perfect chance to hone them in the real world. Just imagine what will happen down the road, when Japanese counterparts meet U.S. politicians, diplomats, and business persons who grew up in this climate at venues of international negotiation for the proposals such as the Trans-Pacific Partnership. Will the Japanese counterparts be a good match for the U.S. politicians, diplomats, and business persons who have striven to acquire skills of communication as a science of persuasion right from their school days?

Dialogue and persuasion are at the foundation of democracy. We need to treat them as a science of communication and have the opportunity to hone the related skills. Door-to-door canvassing furnishes this opportunity. For students, door-to-door canvassing in election campaigns would also be precious fieldwork. In my view, the ban should be lifted to allow its practice in Japan, too.