The Trans Pacific Partnership (TPP) negotiations are an attempt to establish multifaceted rules intended to promote economic liberalization in the countries of the Pacific Rim. In fact, the content of agreements between Japan and the United States, which account for about 90% of the GDP of countries participating in the negotiations, has a major impact on the other countries. While Japan-U.S. negotiations are focused now on the points of agricultural products, including rice, and automobile tariffs, in fact they include some important hidden matters concerning intellectual property, including copyright. We asked Prof. Imamura about the current state and future prospects of this issue of copyright, an aspect of the issue of intellectual property on which national interests are colliding.

In Japan, Copyright Violation is an Offense Indictable Only on Complaint

Q: It has been pointed out that the TPP negotiations include important matters related to copyright. Would you explain what this refers to, from a specialist’s perspective?

The system of copyright law is one of the subjects of my research. The first thing I would like people to understand is that in Japan copyright violation is an offense indictable only on complaint. There are both civil cases of copyright violation, in which demands are made for compensation for damages and other civil penalties, and criminal cases that call for criminal penalties. In a civil case the incident will not go to court unless a lawsuit is filed. There are two types of criminal cases: those indictable only on complaint and those indictable even in the absence of a complaint. In the former case no indictment will begin until charges are filed, so that there is no question of criminal liability unless the copyright holder files a complaint.

While offenses indictable only on complaint are suited to crimes to which public knowledge of the incident would be disadvantageous to the victim (such as some types of obscenity and defamation of character), it is likely that this approach is applied to copyright violations because the liability of the accused is relatively light and it is considered a crime that should be encouraged to be resolved through settlement between both parties. An even more important point is the fact that copyright is a personal property right. Deciding whether or not copyright has been violated is left to the judgment of the copyright holder. In addition, copyright exists in various places, and in Japan it includes the aspects of both tacit copyright and derivative works in which cultural advancement is promoted through active use of copyright. While the content of TPP negotiations is not public, according to leaked information consideration is being given to making copyright violation an offense indictable in the absence of a complaint and extending the period under which works are protected by copyright.

The U.S. Has Brought Its Own Rules to the Table 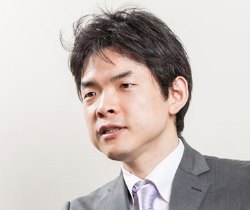 Q: Why have making copyright violation an offense indictable in the absence of a complaint and extending the period under which works are protected by copyright been taken up for discussion?

The history of international efforts relating to intellectual property rights, including copyright, can be traced back to the 19th century. They began with the Berne Convention, intended to offer international protection to creative works. Through repeated revisions, discussions intended to build a better system advanced through international harmonization centered on the forum of specialized United Nations agencies. After that, international harmonization of intellectual property systems came to be discussed in the international forum of the World Trade Organization (WTO), as one aspect of the various international rules concerning trade. However, since it became difficult to reach consensus in the WTO as the number of its member countries increased, demands came to be made for stronger protection of intellectual property rights in forums involving smaller numbers of countries, such as free trade agreements (FTAs). TPP is one of FTA. This is why the U.S. has demanded in the TPP negotiations that copyright violation be made an offense indictable in the absence of a complaint, from the point of view that intellectual property rights facilitate trade. In fact, more than an attempt to facilitate trade it has brought America’s own rules to the table in TPP negotiations. Making copyright violation an offense indictable in the absence of a complaint would be beneficial to copyright holders. Probably the intent is to protect highly profitable American intellectual property, such as Disney works and Hollywood movies, from copyright infringement.

In addition, in Japan copyright is protected for the life of the author plus an additional 50 years after the author’s death. In principle, free expression using copyrighted works without consent is not permitted until these 50 years have passed. While the U.S. has steadily extended the period of copyright protection under domestic laws, in TPP negotiations it is arguing for expending this period to 70 years after the death of the author. Like the move to make copyright violation an offense indictable in the absence of a complaint, this extension of the period over which copyright is protected can be described as an attempt to benefit U.S. industry.

Q: What would be problematic about making copyright violation an offense indictable in the absence of a complaint? What would change if such a change were to be accepted in TPP negotiations and then ratified?

If copyright violation were to be made an offense indictable in the absence of a complaint, then prosecutors could move on their own or accused violators could be arrested based on reports from the general public of similar information, regardless of the intent of the copyright holder. This could apply even in cases in which the copyright holder tolerates use of the copyright. Through now, Japan has seen the growth of lively cultural and expressive activities, centered on subcultures, through use of works whose use would not strictly be considered illegal. Typical examples include parodies and derivative works that are being consumed around the world as part of otaku culture or “Cool Japan.” But the impact of making copyright violation an offense indictable in the absence of a complaint would not be restricted to such expression alone. For example, in some cases activities such as photocopying documents within a company or making copies in the fields of education and research may, formally speaking, violate copyright. While the extent to which prosecution not based on a complaint from the copyright holder would take place is unclear, it is certain that the scope of prosecutorial or police discretion would expand. Due to such potential risks, it is possible that making copyright violation an offense indictable in the absence of a complaint could constrain business activities and expression.

The Outlook for the Works of Osamu Tezuka 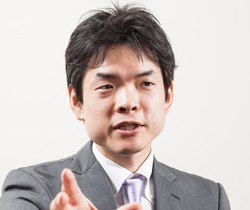 Q: If the period of copyright protection were to be extended from 50 to 70 years, as is being discussed, what kind of practical impact would such a change have?

Since distribution and use of copyrighted works would be more restricted, it could serve to impede cultural development. An empirical study by Prof. Paul Heald of the U.S. shows that popular novels of the past still protected by copyright are more difficult to obtain in the market and sell at higher prices than popular novels of the past whose copyright protection has expired. In addition, for some works, known as orphan works, it is not possible to obtain authorization to use them because the copyright holder is unclear. Extending the period of copyright protection is likely to increase the number of such orphan works. This would be a major problem for digital archiving of past works. However, since in general new works sell better on the market, it is unlikely that whether the period of copyright protection extends for 50 years or 70 years after the death of the author would have much of an impact in areas other than archives and users of certain specific works. Various sentiments come into play in the cases of famous works and authors. One example is the famous Japanese manga artist Osamu Tezuka. Since he passed away in 1989 copyright on his works will expire in 2040 under a copyright protection period of 50 years. While many Japanese people might not want to see the works of this famed Japanese manga artist used freely around the world, the fact that works become public property over time is one important aspect of copyright.

Reforms Needed to the Legal System

In terms of pure legal theory, I am opposed to making copyright violation an offense indictable in the absence of a complaint and extending the period under which works are protected by copyright. However, if the TPP trade agreement would be beneficial to Japan in areas including tariffs, then its passage and ratification would be unavoidable. In such a case, it would be important to minimize the demerits of these terms through proper design of the domestic level system. If copyright violation were prosecuted strictly as an offense indictable in the absence of a complaint under the law as it stands today, then many works would be considered copyright violations subject to criminal penalty. I think that we need systems and regulations to put a check on such an approach.

When used properly, copyright contributes to securing free expression and to cultural progress. But of course there is a need to protect the rights of copyright holders. What is needed today is to facilitate use of works and make clear the rules that apply. Japan’s Copyright Act has undergone minor changes with the times. However, I believe that today the time has come to reform the law itself. The Copyright Act assumes use of works based on contractual licensing. In a contract, private parties establish rules that apply to themselves. However, with some exceptions such as licensing between businesses and centralized management of musical works, the contractual licensing system remains underdeveloped in Japan. I think that this underdeveloped state can be seen in the way the regulations on rights and restrictions under current law, established in 1970, has become relatively too broad with the progress and spread of technology. This is because in areas in which copyright is restricted it is difficult for licensing to develop because works can be used without permission. I believe that reforming the legal system and developing an appropriate licensing system will achieve a proper balance between freedom of expression and protecting the rights of copyright holders.

* The information contained herein is current as of May 2015.
* The contents of articles on M’s Opinion are based on the personal ideas and opinions of the author and do not indicate the official opinion of Meiji University.