Is there a way to make everyone prosperous by regulating leech sites!?

Calls to regulate leech sites that provide links to content that infringes upon copyrights, such as music and animation, have grown. However, the issues related to leech sites have existed for some time and discussions have been taken place for several years. Why has a conclusion still not been reached? This paper discusses the issues behind this.

A balance between protection and freedom in leech site regulations 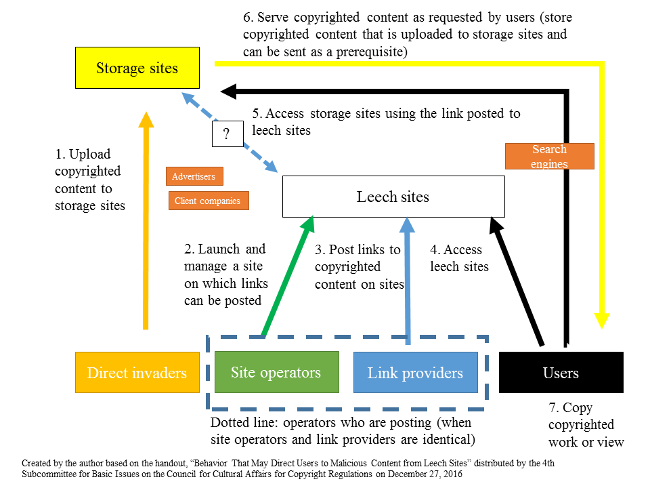 Leech sites are websites that direct users to content that infringes on copyrights by providing site information for said uploaded content. The term “leech” is derived from the parasitic animal of the same name to imply the stealing of other people’s achievements. The content that infringes upon copyrights here include movies, TV programs, music, animation, and comics. Uploading this copyrighted content to storage sites (servers rented on the Internet) is illegal without obtaining permission from video-sharing sites. Leech sites encourage access to this content that has illegally been infringed. In Japan, there have been discussions from seven to eight years ago about regulating leech sites and working groups at the national level have also discussed it. However, specific regulations have yet to be created. The main reason for this is there are many relevant parties and it is very difficult to cater for each demand.

Content creators, such as film companies, TV stations, and record labels, have been clamoring for strict regulations. Their copyrights are clear and the actual damages are also obvious. According to research conducted by the Content Overseas Distribution Association (CODA), the total financial damage caused by pirate activities overseas for movies, animation, music, and comics was about 288.8 billion yen in 2014 (about 934.8 billion yen in sales value). As official income is about 123.4 billion yen (about 399.4 billion yen in sales value), this figure shows serious damage. When lawmakers try to make regulations that reflect the demands of copyright owners, various parties including telecommunication companies, IT companies, search engine operators, and website operators oppose such regulations. The Internet was originally for exchanging various information, which has led to its dramatic development. People also have freedom to operate websites, upload links, and express themselves on the Internet. Of course not all information exchanged on the Internet is illegal information and most storage sites are used for legal commercial activities. These parties claim that strict regulations might interrupt the freedom of the Internet, constrict its usefulness, disrupt internet business, decrease international competitiveness, and inhibit the development of Japanese industry. Additionally, while there are ethical internet users who do not use leech sites to access infringed content, there are also those who consider that it is not illegal to only stream content as long as they do not download it. Thus, it is very difficult to find a balance between copyright protection and the freedom of the Internet. 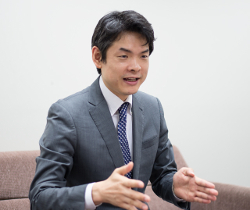 Having said that, those who are against strict regulations also think that it is necessary to regulate malicious leech sites. The government considers that malicious behavior needs to be controlled urgently and is working on measures. However, discussions are still necessary to determine what is malicious. In reality, it is very difficult to determine malicious actions when considering if parties recognize the content that they are providing is illegal, if the content includes a lot of illegal information, if parties intend to damage the profits of copyright owners, and if parties are operating leech sites in order to make a profit because there are subjective elements involved. Therefore, there are also discussions to stop the flow of profits. The reason these parties upload copyrighted content illegally and operate leech sites is because they can earn income from ads. Some of the advertisers include well-known major corporations. However, these advertisers are not voluntarily posting their ads on leech sites as they leave it up to the system of the companies serving the ads. As it is difficult to control the system, the discussion to stop the flow of profits is not making any headway.

So how are other countries handling this issue then? The UK, for example, uses site blocking. When users attempt to access specific leech sites, the providers show a message stating, “You cannot access this site” and block access. In Japan, this system is also used to control child pornography sites. However, there is also controversy when trying to apply the same system to leech sites. For example, determining a standard for which leech sites should be subjected to site blocking is the same as determining a standard for malicious leech sites. Furthermore, some users may feel that their communications are being monitored if they suddenly see a message on their screen saying, “You cannot access this site” while enjoying the Internet. In a broad sense, there is the possibility that this issue might fall into the realm of communication secrecy.

For this reason, there are many people who think that sites that are illegally uploading copyrighted content should be regulated more than leech sites. Certainly it is possible to clamp down on the uploading of copyrighted content and it is being enforced. However, this deleted copyrighted content is being uploaded again on different storage sites, thereby making it a game of cat-and-mouse. Moreover, the procedures and costs to delete the content must be borne by the parties who request the deletion. Thus, copyright owners, such as TV stations and film companies, are paying the costs. This is unreasonable.

Plan while thinking of the law as an incentive 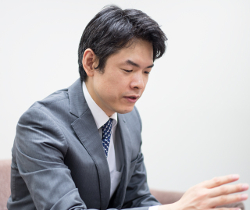 Is there any way to solve this problem? Actually, YouTube, the video-sharing site, is using a system called Content ID. This is a system in which copyright owners can select one of the following three options when they realize that their copyrighted content has been being uploaded: block access to their video, run ads on their uploaded video to receive revenue, or track the video’s viewership information. In short, this system creates an optimal compromise so that copyright owners, site operators, and users will not lose against each other. It is significant progress that IT companies have come up with this system.

As I have described, the reason that the issues with leech sites have become complicated is because it was not possible to reach an optimal compromise as there are many parties who are involved in this issue with varying interests. This makes it difficult to create regulations and the parties who do it first do whatever they want on the Internet. As only copyright owners have been bearing the cost and damages, the publishing industry for comics is now called a declining industry due to the waning ability to create new work as a result. This is also a significant loss for internet users who have been demanding freedom as well. At the same time, copyright owners tend to protect their vested interests and lack the flexibility to respond to market changes and change their business models. As a result, companies who provide new platforms for internet users, such as YouTube, got ahead of the existing copyright owners. Platforms only have to provide space and are not necessarily responsible for the behavior of users, and therefore they can flexibly develop new business. Copyright owners have also been working on various business initiatives, and legitimate on-demand services and electronic streaming services are gradually growing. If there are extensive and efficient services that fulfill the requests from users to watch programs whenever they want, sites with malicious content and leech sites that are linked to this malicious content will gradually disappear. However, the argument that regulations are necessary as a prerequisite to control infringing leech sites makes total sense. A balance between protecting copyrights and internet freedom will also be necessary.

Actually, there is a mindset to view laws not as rules to restrict people’s activities but as an incentive (motivation) to make society prosperous. It is true that the planning of regulations is to restrict something; however, we should understand that these regulations are designed to make everyone prosperous. The YouTube system (a rule as well as a regulation) is a good example. We must design a future image in which everyone becomes affluent first and then make laws concerning controversial leech sites to promote activities to realize this future image.

* The information contained herein is current as of September 2017.
* The contents of articles on M’s Opinion are based on the personal ideas and opinions of the author and do not indicate the official opinion of Meiji University.