Use of Separate Surnames by Married Couples, Assisted Reproductive Technology, and Human Rights -Development of the laws needed to guarantee the happiness of diverse families

The Supreme Court of Japan will decide the constitutionality of the current laws governing use of same surnames by a married couple and establishing a period in which women are prohibited from remarrying. These are issues of human rights. What kind of decision will Japan make, today as human rights and respect for diversity have become important issues in international society? We asked Prof. Ishii about the significance of this issue and the direction in which Japan should go.

The Significance of Use of Separate Surnames by Married Couples 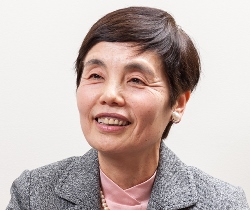 Q: Recently it is announced that the Supreme Court will first decide the constitutionality of use of separate surnames by married couples and the period in which women are prohibited from remarrying. What are your thoughts on this?

A: There’s a famous line in Tolstoy’s Anna Karenina: “Happy families are all alike; every unhappy family is unhappy in its own way.” But today we can say that every happy family is happy in its own way. The forms of families are growing more diverse, and the law should guarantee this. From this point of view, there are serious problems with the law providing that a couple must have the same surname when they marry.

This issue of the surname of a married couple has been discussed since soon after World War II. Since when the family system was abolished in the postwar years, the status of the surname changed from that of a family name to that of an individual name, it could be described as a natural consequence that spouses could have different surnames. In 1996 the Legislative Council of the Ministry of Justice proposed a system of optional use of separate surnames by married couples. While roughly 20 years have passed since then and it might seem too late, a step forward toward amendment of the law is expected. In 2013 the Supreme Court ruled that the article providing that the portion of inheritance of a child born out of wedlock should be one-half that of a child born in wedlock was unconstitutional, and this led to amendment of the civil law. In recent years the Supreme Court has actively deciding issues of family law, we should pay close attention to the coming decision on constitutional law.

Development of a Legal System to Guarantee Human Rights

Q: What is wrong with the provisions of the law on use of the same surname by a married couple and a period in which women are prohibited from remarrying?

While under the law a married couple may choose freely whether to take the surname of the husband or the wife, in practice almost couples take the surname of the husband. In this way, the social practice of women changing their surnames is being enforced by law. This could be in violation of the constitutional guarantee of equal rights to men and women. The same applies to the prohibition on women remarrying within six months after divorce. While this is explained as being necessary to determine the father of a child, there is no ground for the period of six months. The Civil Code provides that a child born within 300 days after a divorce shall be presumed to be the child of the previous husband and a child born more than 200 days after marriage shall be presumed to be the child of the current husband. For this reason, prohibiting remarriage for only 100 days should be enough to prevent the overlapping of these presumptions. In this six-month prohibition of remarriage applying to women only, one can get a glimpse of the old-fashioned ethical view that a good wife should remain faithful to the memory of her husband. On this subject as well, the Legislative Council proposed an amendment in 1996 that would shorten from six months to 100 days the period for which women are prohibited from remarrying.

The laws have not been amended to introduce a system of optional use of separate surnames by married couples or to shorten to 100 days the period for which remarriage is prohibited, due to strong opposition by conservative members of parliament. These are not simply issues of surname and periods of time. They concern human rights. The law should be amended to acknowledge diverse families, and this is related directly to guaranteeing human rights.

Changing Forms of the Family

Q: Is it not the case that the underlying question is one of just what is a family?

The family is the smallest community of members who support and help each other. This form of family is changing.

A family no longer needs to fit the rigidly uniform pattern of being a place where a man and women raise their own children. I believe that a mature society should accept diverse family forms.

Q: Are changes in the form of the family related to studies in your area of specialization, assisted reproductive technologies?

Assisted reproductive technologies are rapidly advancing, such as in vitro fertilization and surrogate mother as treatment of infertility. It is a serious concern that while these involve a variety of issues concerning matters such as safety and ethics, there are no laws on assisted reproductive technologies in Japan except for guidelines of the society of obstetrician and gynecologist.

This year, the new assisted reproductive technology of birth of a child having two genetic mothers was authorized for the first time in the world, in Britain. The gene of the mitochondria, which creates energy in a cell, is passed to the child from the mother only. Sometimes children are born with mitochondrial disease. The approved technology removes the nucleus from an ovum of a woman who has mitochondria disease and replaces it with the nucleus of an ovum of a healthy woman. This results in the birth of a kind of human being not found in the natural world, one who inherits the genes of three parents. This technology was approved by the British parliament this year after repeated debate since the law was amended in 2008. I think that aside from whether or not this decision is good we should learn how to regulate advancing reproductive technologies.

Japan is a leader in assisted reproductive technologies, there are donation of sperm and ova and surrogate mother and cases regarding who are the father and mother of children. However, no corresponding legal system has yet developed. While there are some draft bills, their prospects might be uncertain.

For the welfare of the children, children’s parents, who are their first guardians, should be clear. As the progress of assisted reproductive technologies changes the form of family, there is a need to develop laws to protect the rights of the children born as a result. To begin with, law should not be given from above, but people should make legal rules to protect themselves.

Toward a Society that Guarantees Diverse Families 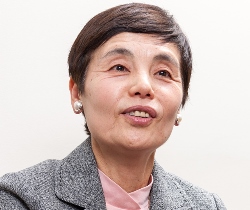 Q: How should the public face the societal change of diversification of families in the future?

After the Great East Japan Earthquake the number of people who consider family to be the most important thing has increased. As I noted at the start, this most important thing, the family, comes in various forms. We need to create a society in which individuals can live in happiness by building families in the form each desires. For this reason, diverse families need to be protected by law.

Another important thing is the consciousness of the public. Are they able to accept diverse families? This will depend on the degree of maturity of civil society. As seen in the way the requirement that married couples have the same surname violates the equality of the both sexes guaranteed by the constitution, or in issues such as same-sex marriage and assisted reproductive technology, family issues are closely related to issues of human rights. It could be said that a growing awareness of human rights will lead to a tolerant society that accepts diverse forms of the family. I believe that the first thing we need to do to create a better society is to respect individuals’ ways of living and thinking.