In 2014, 1 out of 21 children was born as a result of in vitro fertilization (IVF). Medically assisted reproduction such as by IVF is nothing special any more. The Japanese Government also subsidizes the costs of IVF. However, Japan faces many problems, such as difficulty in determining the parentage of children, because of the delay in enacting domestic legislation regarding medically assisted reproduction.

Who is the father of a child born from a frozen embryo transplanted without the husband’s consent? 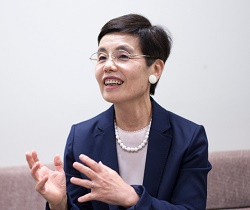 Artificial insemination, a method of injecting sperm into the womb with a syringe-like apparatus, has long been practiced as a method of assisted reproductive technologies. In 1949, a Japanese woman, who could not achieve pregnancy because of a problem with her husband’s sperm, succeeded in delivering a baby conceived with donated sperm. Although there could be a problem in determining the paternity of the child: whether the father is the woman’s husband or the blood-related sperm donor, it did not become an issue for a long time. With advances in medically assisted reproductive technology, IVF, a procedure in which eggs removed from a woman’s body are fertilized with sperm, and then the fertilized egg is returned to the woman’s uterus, became available. The first baby conceived through IVF was born in England in 1978. She was called a test-tube baby, attracting tremendous interest around the world. The baby was a girl, who got married at the age of 26. She later achieved spontaneous pregnancy, and gave birth to a baby boy. The first Japanese IVF baby was born in 1983.

The success in IVF offered immense hope for couples suffering infertility. Technology to extract eggs from women allowed us to choose the egg, sperm, and womb in various combinations, including donated sperm, egg, and embryo as well as host surrogacy. Furthermore, frozen sperm, egg, and embryo have become available for medically assisted reproduction. These technological advances, however, cause problems that we could not have imagined in the past. In January this year, there was a news report that a woman gave birth to a baby using a frozen embryo, which was transplanted without her husband’s consent. Although the couple was estranged and the husband had not agreed to the use of the preserved embryo, the clinic failed to get confirmation from him. Japanese Civil Code provides that a child born after 200 days after marriage or within 300 days after divorce shall be presumed to be the legitimate child of the husband. The husband mentioned above is the blood-related father of the child. However, he filed a lawsuit claiming damages and that he would not be the child’s legitimate father because the wife transplanted the embryo without his consent. This was the first incident of unconsented transplantation of a frozen embryo, followed by a second similar incident reported in February, suggesting such problems may occur again in the future.

Actually, there has long been confusion resulting from the absence of laws, one of which is posthumous fertilization. The incidence was of a woman giving birth using her husband’s preserved sperm after his death. She later filed a claim that she wanted the deceased husband to be the father of the child. But in 2006, the Supreme Court dismissed the case. Consequently, the child could not have a legal father.

A similar problem concerning paternity issues affected a husband, who changed sex from a woman to a man. The husband, also registered as a male on the family register, married a woman. She gave birth using donated sperm. They tried to register the birth as their legitimate child. However, it was not accepted at first, because they found out from the family register that the husband had been a woman. In 2013, the Supreme Court supported the husband’s claim, and the Ministry of Justice decided to accept such birth registrations.

The surrogate mother is the legal mother in Japanese Civil Code

There is also a problem of determining the maternity of a child. There is a well-known case of a Japanese couple of celebrity status, who used surrogacy in the US state of Nevada, using their own embryo in 2003. The birth registrations of their children were not accepted in Japan, and the couple took legal action against the decision. Since gestational surrogacy is permitted in Nevada, the Court in Nevada recognized that the couple was the legitimate parents. However, the Japanese Supreme Court did not accept the decision because it was contrary to public policy and morals. The Supreme Court ruled that the mother is the woman who has conceived and delivered the child under the Japanese Civil Code. As a result, the lawful mother of the children was the genetic Japanese mother in America, while it was the surrogate American mother in Japan. How can the welfare of children be ensured in such a case?

Although the guidelines issued by the Japan Society of Obstetrics and Gynecology prohibit surrogacy, it is actually performed in Japan. There is a known case of a clinic in Nagano, where an embryo of a couple whose wife has a uterus problem was transplanted to the uterus of her mother. She later gave birth to a child. The couple first registered the grandmother, as the child’s mother, and later adopted the child pursuant to the special adoption procedures. Unlike a normal adoption, with natural parents’ names also listed in the family register, and the child recorded as “adopted,” the special adoption dissolves the relationships with the natural parents. It made the adoptive parents the only legal parents. The celebrity couple mentioned earlier seems to have done the same, following the advice of the Supreme Court to use the special adoption procedure.

Right of children to know identity of genetic parents 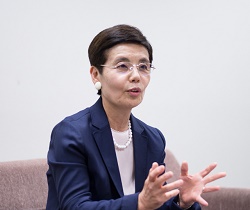 Determining the legal parents of a child does not end the matter. The children may want to know the genetic parents. In order to confirm their identity, the children should have the right to know their genetic parents. Sperm donors remain anonymous in Japan. There was once a case of a person born as a result of donor insemination requesting the hospital for information about the genetic father, but the hospital refused the request. In some countries, such as the U.K., information about the sperm and egg donors is properly managed by law so that children after a certain age can request it. Children’s right to know their genetic parents should be guaranteed for the welfare of the children.

National debate is needed for legislation regarding medically assisted reproduction

Why do such incidents keep recurring? It is because Japan has not introduced any legislation to keep up with the social changes and technological advancement in medically assisted reproduction. To what extent should we make use of assisted reproductive technologies? How long should a frozen embryo be kept? How do doctors obtain the letter of consent from couples? How do we determine the parentage of the children? We have no relevant laws. The guidelines issued by the Japan Society of Obstetrics and Gynecology are not legally binding. Although the Society does not permit egg donation, the Japanese Institution for Standardizing Assisted Reproductive Technology, an organization consisting of clinics performing medically assisted reproduction, permits egg donation under their own guidelines. A total of 76 egg donations have been approved, and 37 children have been born as of the end of May, 2017. While most of the donations were from sisters or acquaintances, the first in vitro fertilization child with an egg donated by an anonymous female through an NPO egg bank was reported. Reproduction tourism, going abroad for an egg donation and surrogacy, is also gaining popularity. It was reported that at least 177 Japanese women were donated eggs in Taiwan from 2014 to 2016, 96 of which gave birth to 110 children. On the other hand, an increasing number of Japanese young women are reported to have donated their eggs for money in foreign countries where safety is not assured. Although it may be difficult to make common regulations around the world based on the same set of ethics and values, we need at least to develop domestic legal systems regarding assisted reproductive technologies; otherwise the present situation will cause even more confusion and conflict. We should not leave the matter to medical experts or politicians, but make it a matter of national concern. If we do not do it now, the welfare and rights of eagerly-awaited children conceived through medically assisted reproduction may be endangered.