In our aging society, people have become more health conscious, and topics relating to various health methods are constantly discussed in the media including the internet. “Intestinal flora” is one such topic. Various roles that intestinal flora plays in cancer treatment and anti-aging processes are discussed, but it has been only about 20 years since research on gut bacteria started to make real progress. What has been proved? What is still being investigated? Let us examine the facts surrounding research on intestinal flora with a cool head.

The bacteria in our intestines outnumber our own cells 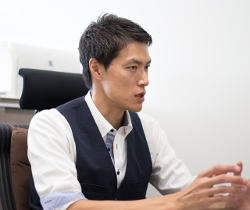 So-called intestinal flora is a population of bacteria colonizing our intestines. The human intestines, if it were to be spread out, has a surface area equivalent to almost one and a half tennis courts, and approximately 1014 to 1015 bacteria are estimated to be attached to the inner surface. Since the total number of cells in the human body amount to 6 to 7 × 1013 cells, the bacteria colonizing our intestines outnumber our own cells. Even though our intestines harbor so many bacteria, a fetus is considered to be sterile (though some recent studies suggest otherwise). Bacteria start to colonize the body of an infant after birth through airborne transmission and contact with the mother. This may sound like a contamination process, but it is one of the mechanisms needed for the survival of the infant. For example, koalas mainly eat eucalyptus leaves that contain poisonous substances. The gut bacteria of koalas degrade the poisonous substances in the eucalyptus leaves into substances that koalas can absorb as nutrients. However, a koala infant is also sterile at birth. An infant receives the bacteria colonizing the gut of the mother by licking the anus or ingesting feces of the mother, and thus acquires the ability to eat eucalyptus leaves. As for humans, the normal gut bacteria are considered to consist of approximately 30,000 different types of bacteria, though the figures are under review based on recent studies. Not all the roles and functions of all of these bacteria have been elucidated, but some bacteria are known to degrade indigestible components of food into substances that can be absorbed, as in the case of koalas. It has also become clear that the substances produced by such degradation not only provide nutrients to our body, but also contribute to build up our immunity. This is one of the reasons why more people become interested in intestinal flora these days.

Good bacteria that can improve immunity

In general, gut bacteria are classified into good and bad bacteria, but the roles of all the gut bacteria have not been elucidated. The roles of most gut bacteria are actually still unknown. Gut bacteria basically feed on undigested food remnants that pass through the stomach and small intestine, and so-called good bacteria produce organic compounds such as acetic acid and butyric acid from this feed. Lactobacillus is a well-known example of a good bacterium. The organic compounds produced by good bacteria are absorbed from our colon as nutrients. On the other hand, bad bacteria produce harmful substances. Escherichia coli is an example of a bad bacterium. Clostridium difficile is also a bad bacterium which causes diarrhea and enteritis, but unlike Escherichia coli O-157, it does not cause food poisoning immediately after entering our body. Clostridium difficile habitually lives in our intestines, but it grows in number when our immune system is weakened and then causes diarrhea, etc. It is not clear why Clostridium difficile lives in our intestines in the first place, and whether we should get rid of it. Even though bacteria may be classified as bad bacteria, it is not clearly understood whether they are unnecessary to our body. Keeping a good balance of various types of bacteria, including so-called bad bacteria, in our body may be beneficial to our health.

On the other hand, the existence of gut bacteria that improves the immunity of our body has also been confirmed. For example, some gut bacteria produce substances that send signals to induce the death of diseased cells. This type of cell death is called apoptosis. The death of diseased cells helps to maintain our health. It is also found that some gut bacteria degrade certain food components that are indigestible and excreted in the feces, and the substance produced by gut bacteria is absorbed into the body and exerts a medicine-like effect on our body. In addition, the growth of potentially pathogenic bacteria including the above-mentioned Clostridium difficile is well controlled due to competition among the gut bacteria. If the number of good bacteria in the limited space of the intestines increases, the bad bacteria cannot grow. As for feed, bacteria that exist in large numbers have an advantage over those that exist in a small number. Therefore, a desirable cycle is created in which an increase in good bacteria decreases the number of bad bacteria, leading to a decrease in the ill effect of bad bacteria. The idea that an increase in the number of good bacteria can lead to good health is based on such functions and mechanisms. 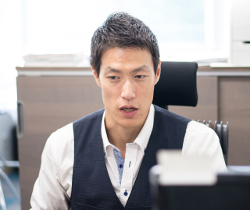 Recently, some people claim that good bacteria can play a positive role in cancer treatment and anti-aging, which has not been proved, but is possible in theory. If the number of good bacteria is increased, the number of bad bacteria will decrease, leading to a decrease in the production of harmful substances. Since good bacteria can improve the intestinal motility, the period of time that harmful substances remain in the intestine can be shortened. As a result, the chance that cells is contaminated will decrease, and canceration risk will be lowered. When an abnormality occurs at a gene level in a cell, it will sneak through the various steps of the cancer surveillance system before the cell will become cancerous. As mentioned above, if there are large numbers of good bacteria related to the immune system, a high level of signaling substances related to apoptosis are produced, and the probability that abnormal cells will be killed increases. The same is true for aging. If the level of harmful substances is low, the acceleration of aging can be prevented. If your immunity is high, you are more resistant to diseases, even at an advanced age. Even if you get sick, you can recover. Currently, research in this field is performed on mice, etc. The day when the results of these research projects can be applied to human’s health may not be so far away.

Glucosylceramide is one of the components of the rice and bread that we eat. It cannot be hydrolyze d by human digestive enzymes and is excreted in feces without being absorbed. However, we have discovered, for the first time in the world, that there is a novel gut bacterium that can hydrolyze glucosylceramide into substances human can absorb. We have also found that the produced substance can act as a signaling substance to improve immunity and activate skin cells. If we can increase the number of this bacterium, the usual intake of rice and bread can help to prevent diseases and to make the skin more beautiful. Compared to the conventional beauty products that rely on the absorption of beneficial components from the surface of the skin, more efficient and effective outcomes can be expected. We are working on this research, aiming to put this discovery into practical use.

In a sense, it is as if we keep very useful pets in our own intestines. Even though dietary fiber is tough to digest for us, it can be an excellent food for them. Eating food like yogurt can also help useful pets to grow. Re-examining our regular diet with this knowledge in mind may not be a bad idea after all.