Do sports help you develop obedience, or independence?

There are never-ceasing scandals such as sexual harassment, power harassment and violence in the sports settings. They tend to be seen as problems of coaches because coaches perform such acts against athletes in many cases, and this viewpoint does not solve the problems. We need to face the root of the problems in the sports world and reform our consciousness.

Social structures of the sports world underlie the problems 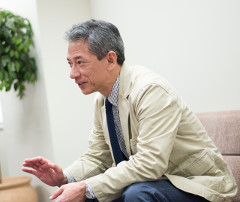 In recent years, we can say that scandals such as sexual harassment, power harassment and violence, which have been continuously happening, have occurred in the social structures of the sports world rather than because of the personal characteristics of victimizers. The social structures can be roughly classified into five types.

2. Collectivism
This is more likely to exist in the so-called Japanese village society, in which social groups are strongly united and exclusive to each athletic event, than in the overall sports world. Collectivism results in a tendency that those who disturb the harmony of the organization are excluded, or that something which is inconvenient for the organization is hidden inside or not made public.

3. Win-at-all-costs attitude
Needless to say, as the purpose of sports in principle is to aim at winning, the desire to win in this sense serves as a great incentive for the existence of sports. However, if it becomes excessive and changes to the win-at-all-costs attitude, acts which are not accepted in the general society are likely to be tolerated within the realm of sports.

4. Performance-based system
We can say that this is the results-based system caused by the win-at-all-costs attitude. The competition results during an athlete’s playing days affect the associations for former athletes, relationships in the sports associations, appointment of officials, and so forth. If coaches have trained athletes who achieve good results, they can gain greater voices in the sports associations or sometimes concentrate all the power.

Sexual harassment and power harassment are more likely to occur in a mix of such structures. For example, although we tend to think that sexual harassment is a problem between men and women, this is essentially a problem caused by power relations. As there are many more male coaches than female coaches, women are more likely to be victims in many cases. In fact, the number of female officials has recently increased in the sports associations and male athletes also experience sexual harassment by female officials. Moreover, even if such incidents happen, the victims will not be able to raise their voices, their voices will be ignored regardless of their protests, or such incidents will be excluded or hidden inside the group. As a result, the self-purification function does not work and the same thing will be repeated. In addition, the media mainly focuses on the results of the competition, praising athletes unconditionally for achieving good results, and does not report what happened during the processes. In a winners-take-all environment, the victimizers are coaches or officials, so they can concentrate the power, increasingly reinforcing the condition that they cannot be criticized.

Necessity of reforming consciousness of those involved in the organization

How can we change such structures? Although it sounds abstract, we need to reform the consciousness of those involved in the organization. One solution is to appoint officials of the sports associations not only from among former athletes but also from among outsiders who have different values. We should intentionally choose people who have senses of values accepted in general society in order to incorporate a sense of compliance and governance in the organization. Although the sports world changed the system and added outsiders to the organization under the influence of the reform of the public benefit corporation system from 2000 to 2008, the outsiders tend to be people who are related to the sports. It is hard to imagine that this situation, which is very far from the original philosophy, will lead to the reformation of consciousness in the organization. It is important to actively incorporate those who have been trained in environments which are not related to the sports world such as the business world and civic organizations.

It is also necessary to continue training young coaches and officials, and to change the consciousness in the organization, even though it takes time. For example, in the soccer world, there is a licensing system to become a coach. It is necessary to acquire an advanced license to become a coach for advanced level players. In order to acquire the license, it is necessary to receive training including not only training methods but also knowledge about nutrition and the body based on natural science, knowledge about safety management for players, and organizational management. These efforts are undertaken not only in the soccer world but also in many other competitions. However, those who aim to become coaches are strongly interested in training methods which improve the competitive ability. Safety management and organizational management tend to be matters of secondary importance. The first challenge is to change such consciousness and promote human resource development, leading to consciousness reform in the organization. 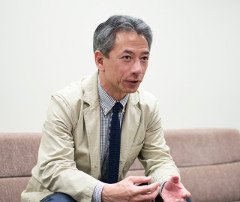 At the same time, there is an opinion that Japanese female athletes are highly dependent on their coaches, which may result in a hotbed of sexual harassment. It is true that female athletes tend to have stronger dependence than male athletes, but this may be caused by the environment where women are trained in such a way through sports in Japan and not by the essential characteristics of women. At least, the opinion that women tend to have stronger dependence is not common in other countries. When I told this story to a female champion of kendo in a certain country, who has lived in Japan for a long time, she told me that female athletes are trained in such a way in Japan. Sports should instead be a great tool to develop independence and autonomy.

Many of the sports events we currently play were formed in Britain during the time called the modern period. The reason why the formation of sports was advanced in Britain at that time was to develop leaders. In the era when the British spread their colonial empire all over the world, they thought it was appropriate to introduce sports which develop independence and autonomy in order to develop leaders who would dominate the colonies. In fact, education focusing on sports was carried out in elite schools called public schools which produced leaders. However, sports have two extreme aspects. Sports can develop the qualities of leaders, but on the other hand, they also serve as a means of producing people who steadily carry out instructions in silence without complaining, so-called cogs in the wheel. Actually, the employment rate of graduates who belonged to athletic clubs at university is not bad because there are companies which require people who have physical strength and who can achieve results on some level without complaining about instructions from their bosses. In short, in Japan, we may develop the latter type of people in regard to sports. When I talk with coaches, all of them say they want to develop great people. Perhaps “great people” means those who obediently listen to and steadily do what leaders say. However, in the Japanese sports world, now we have to reconsider ideal athletes developed through sports. In that case, we need to take into account the ideal people the future Japanese society requires.

Although the word “legacy” is often being used prior to the Tokyo Olympic and Paralympic Games in 2020, it is not an era when a “legacy” is sought in the stadium. In the second Olympic Games to be held in Tokyo, we should pass down a mature society and mature sports system to future generations. In that sense, I think we should reform the social structures in the sports world today, reconsider ideal athletes developed through sports, and devote ourselves to development of athletes in a way which promotes independence and autonomy.

* The information contained herein is current as of May 2018.
* The contents of articles on Meiji.net are based on the personal ideas and opinions of the author and do not indicate the official opinion of Meiji University.